Oil be there for you 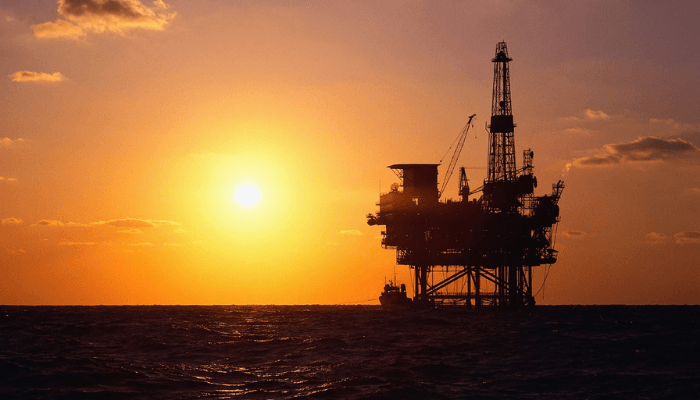 While COVID-19 has wrought havoc on Nigeria’s oil and gas industry, it may have also brought currents of change paving the way for a brighter, more diversified future Nationwide.

COVID-19 exposed economic vulnerabilities latent in many sectors and industries around the globe. In no sector has this become more apparent than in oil and gas. As the end of April 2020 saw oil prices go negative, OPEC, Russia, and other oil-producers again made another production cut, as producers faced a lack of room to store their goods. According to the latest, global oil producers will reduce total output by 10 percent, a cut of 9.7 million bpd of pro- duction—the largest ever.

This is not the first time Nigeria’s oil and gas sector has brought the country close to economic ruin. In 2014, the country experienced another oil-price shock, leaving the government without a major source of its revenue and hitting the country’s foreign reserves hard, leading to an economic recession. Thanks to Nigeria’s industry’s structure, it paints a different picture than other oil-producing countries, due to its reliance on the upstream market for its government revenue. Indeed, it is government revenue and foreign reserves that Nigeria loses when oil prices hit rock bottom, as opposed to actual GDP.

Oil and gas make up for around 9 percent of Nigeria’s GDP, this same contribution in other oil-producing nations is anywhere from 30 to 50 percent. Meanwhile, in Nigeria, the petroleum sector makes up around 80 percent of the federal government’s revenue and perhaps more importantly, 90 percent of its export earnings. As such, it is from the upstream market that Nigeria sees the most benefit from its oil and gas reserves, mostly in the form of rent and exports. In contrast, the downstream sub-sector accounts for less than 1 percent of its GDP, while the government spends billions of naira on subsidies for imported refined-oil products.

As such, in the pre-COVID-19 world, in addition to diversification, the government encouraged investment in refineries by local players to increase midstream and downstream markets. With its Direct sale, Direct Purchase (DSDP) contract, Nigeria downstream producers could exchange crude oil for refined oils from European, Asian, and American markets, thus lessening the pressure on foreign exchange used for oil imports into the country.

The current distress that the system is experiencing on a global scale shows that the imbalance between supply and demand is not only there, but hugely problematic for even the largest economies. COVID-19 could be the real push that oil-reliant countries need to diversify into greener pastures, bringing about change not only for the planet but for national economies as well. According to a recent Oxford University study co-written by economist Joseph Stiglitz, projects on clean energy infrastructure are expected to create twice as many jobs as fossil fuel projects, while driving down costs of the clean energy transition.

For Nigeria, this could mean exploiting the country’s solar resources in its north, 5 percent of which, according to estimates, could generate 42,700MW. Infrastructure for hydropower generation and other green energy the country is already using, could also be increased. While it is clear that COVID-19 has brought hardship, it has also brought about greater solidarity in Nigeria’s business community with the Coalition Against COVID-19. Even the NNPC and other oil players have pledged $30 million to the Nigerian Centre for Disease Control in the health battle against the virus. And who knows? Perhaps the current world-wide situation and this increased cooperation between local private sector players may be just what Nigeria needs to build a more stable and diversified economy that is not solely reliant on the whims of the global marketplace.

How to finance safe and affordable water, sanitation and hygiene for everyone

How water and sanitation systems are vital for our economies

Principled entrepreneurship and the essential role of reward in business