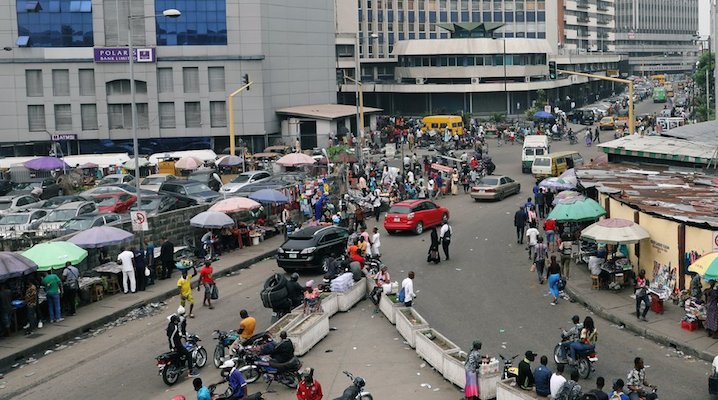 Foreign predictions of Nigeria’s expected growth seem too euphoric to ignore, especially in the face of current macroeconomic trends.

While various international interests may have their predictions based on their measurement and forecast formula, the International Monetary Fund (IMF) and the African Development Bank’s (AfDB) estimates are quite fascinating.

In its World Economic Outlook (WEO) for July 2021, the IMF announced that Nigeria’s 2021 growth forecast stands at 2.5 percent, year-on-year (YoY). While the fund also mentions that the global growth prediction for 2021 is at 6 percent, South Africa and Nigeria’s economic growth are expected to stand at 2.2 percent and 2.6 percent, respectively.

While these growth forecasts seem promising and good for the nation if reached, the AfDB’s figures diverge from those of the IMF’s. The AfDB’s Nigeria Economic Outlook projects a national growth rate of 1.5 percent in 2021 and 2.9 percent in 2022.

Although the forecast by the IMF and AfDB still suggest a potentially upward migrating economy, figures that characterise Nigeria’s current macroeconomic situation do not seem to affirm the possibility of a positive future outlook.

The country’s exchange rate, for instance, has been downward trending, although marginally in recent times. The most recent depreciation encounter follows the Central Bank of Nigeria’s new rule to ban foreign exchange sales to Bureau de Change (BDC) operators in the country. This ban follows anti-policy operations carried out by the BDC operators in the country. Before this directive, the CBN had sold a minimum of $5.3 billion to BDCs in 11 months between September 2020 and July 2021.

The exchange rate margin further widened at the parallel market, as the previous N504/$1 experienced on Monday, July 26, dipped to N505/$1 the following day. Also, foreign exchange turnover at the official I&E window on the announcement date decreased by 17.1 percent to $115.67 million from a previous $139.49 million, according to FMDQ.

While currency devaluation in Nigeria is not a new phenomenon, the recent decision by the CBN may further prolong the de-escalation of the naira value against the dollar as FX supply scarcity may loom going forward.

Furthermore, the average Petrol Motor Spirit (PMS) price in the country is N165.6 per litre. Many decry this as too high, considering the direct effect on production and transportation costs.

In 2020, Nigeria’s overall economic stamina was put to the test, especially by the global pandemic. Its response was a shrinking by 1.8 per cent, which was the country’s deepest since 1983. Massive capital outflows, low oil prices, intensified risk aversion and shrinking foreign remittances further exacerbated pandemic woes. The hope for recovery was earnestly sought.

Current and future hope for a proper post-pandemic recovery lie in the government’s capacity to secure vaccine access to halt further spread of the various variants of the virus, the IMF suggests. Differences in recovery prospects among different economies lie in their ability to secure quick vaccination roll-out, coordination, and intake to normalise economic activity to pre-pandemic times.

For developing nations like Nigeria to experience the level of growth as predicted by international agencies like the IMF, World Bank and AfDB, the government must prioritise well-managed exchange rate policies that ensure predictability and transparency. Clearly defined monetary policy hinged on price stability should be the central area of focus by the government.

The creation of jobs is key to driving unemployment to its barest minimum. Therefore, making the economy investment-friendly and attracting the right investments across sectors will ensure that the vast labour supply surplus in the economy is absorbed into productive engagements while they earn a decent living. With this, demand-led growth can be achieved.

National Safety Nets Programme (NASSP), which serves as social safeties for the most vulnerable sect of the country, should be initiated and followed through. This will help reduce inequality and over-dependency rates in the country.