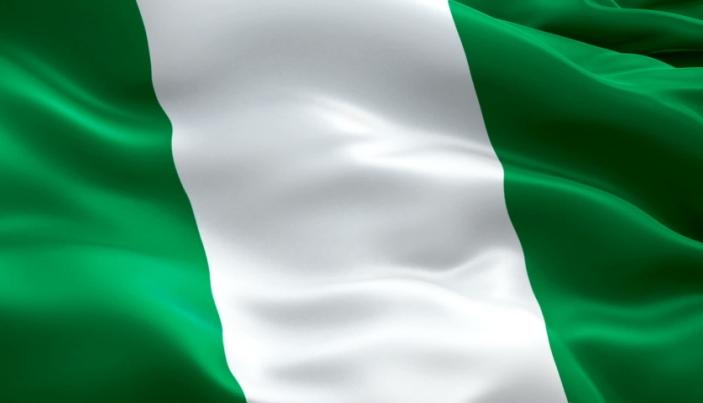 Permit my self-indulgence in this piece my dear readers, but the aim is for others to glean a lesson or two from my life experiences, juxtaposed with what one has witnessed in this country, over the decades. Clocking the age of 68 years on Planet Earth and surviving against all odds, especially here in Nigeria demands accolades for the awesome God whose uncommon divine grace has seen one through life’s many vicissitudes to this day.

All I can say therefore is: “God thank you. May your name be glorified above all other names. May your divine design for my life be fulfilled”. In fact, to continue to wake up to the increasing waves of self-decimating insecurity incubus, excruciating economic recession, decrepit infrastructure, wobbling education status, collapsing health sector worsened by COVID-19 pandemic is no mean feat.

And that got me thinking of how peaceful and affordable life was here in Nigeria while growing up, back in the ‘60s and the glowing dreams of the founding fathers for the future generations. In all honesty, I was a beneficiary of some of their people-friendly policies. For instance, I paid school fees only in one year, all through my journey in western education. That was as a Form One student at Ochaja Secondary School, then in Kabba Province, in 1966. Just like my colleagues, I enjoyed several scholarships awards, all through to the university level.

Interestingly too, while graduating from the premier University of Ibadan in 1976 employers from both the public and private sectors came looking for our services! We did not go about looking for paid job! There was no such word as ‘unemployment’ in Nigeria’s economic spectrum! Subsequently, I got my first car –a Toyota Panel van- for N3,300 in 1979 as a secondary school teacher. That was two years after the compulsory youth service programme, during which we were made to visit at least four other states apart from where one served. The salutary objective was to inculcate in us the understanding, love and respect for the good people of Nigeria, irrespective of ethnic, cultural and religious differences.

Ever since, we have seen it-the good, the bad and the ugly, courtesy of the leadership that ignited the Nigeria-Biafra war; the rapacious, restless run of locusts via of the military interregnum and the vainglorious, self-satiating reign of the so called democrats. I dare say that Nigeria, and indeed the Human Development Index(HDI) of the ordinary Nigerian, would have been much better if we have been lucky enough to have leaders who are patriotic, pan-Nigeria, passionate, prudent, purposeful, proactive, selfless, visionary and non-nepotistic! But here we are today bedeviled by a set of political leaders who have become the rule rather than the exception, to poor governance vis-a vis the gross lack of people-oriented policies, programs and projects.

For instance, if I was told that Nigeria would witness such a dehumanizing depth of leadership failure over six decades later, I would have dismissed it as a mere figment of someone’s weird imagination. It was unthinkable back then that insecurity would worsen to such despicable level that orphans would be kidnapped and the heartless criminals would be asking for ransom to the tune of N10 million. From who, one may ask? It was an aberration to imagine that some state governors and religious leaders would openly hob-nob with armed terrorists, bandits and kidnap kingpins, all in the name of some nauseating negotiations!

And no less damned is he who puts a friend above his country.
When I see danger threatening my people,
Whatever it may be, I shall declare it.
Our country is our life;
Only when she rides safely,
Have we any friends at all.
-Antigone(Sophocles)

And I cannot but ask the all-important questions? Is the very act of those who are paid to rein in the rampaging monster of insecurity now negotiating with the killers not the height of hypocrisy and gross impunity? Are those leaders not telling the world that the life of the killers is of more importance than the killed?

Similarly, it was beyond us back then in the ‘60s to imagine that a set of leaders would someday mount the pedestal of political power, promising security only to embrace the so called ‘repentant terrorists’, feed and clothe them and even send them outsides our shores for the same western education they had openly raged against, from our common purse!

On the economic front, it was unimaginable as at that time that decades after independence, Nigeria would be caught in a terrifying debt trap! That it would borrow so much money from the World Bank, China, Brazil with the leaders considering borrowing from Pensions Trust Fund (PTF) and even long-forgotten bank deposits. That such would take place only a few years after the Chief Olusegun Obassanjo-inspired Debt Relief says much about the sheer profligacy that goes on in government!

We had hoped then that with our God-given endowments Nigeria would be at par with India and Malaysia which got independence in 1947 and 1957 respectively. What with huge deposits of crude oil and natural gas, several solid minerals, fertile forests, water resources and great human potentials? These of course, include world-renowned, erudite scientists, technologists, innovators, inventors and critical thinkers spanning several fields of human endeavor. While they keep making waves at the global stage, their intellectual wealth and worth are neither recognized here or made impactful.

Indeed, it was never in our thoughts then that the regional federalism which was enjoyed during the First Republic would be jettisoned after the long years of military dictatorship. Now we have in place an antiquated bloated federal centre controlling what it should not, all foisted on us by the 1999 constitution even after amendment.

So, I keep asking the question that, if for instance, the Chief Obafemi Awolowo-led Western Region was paying the revenues from cocoa sales into the federation account, could there have been the Cocoa House, Liberty Stadium, first television station in Sub-Sahara Africa, good access roads and Free Education? No is the answer.

As waves of reminiscences sweep me back to October 1,1960, I recall with glee, as one excitedly waved the green-white green flag, with my colleagues, dancing ourselves dizzy to celebrate Nigeria’s political independence as a primary- 2 pupil of the Roman Catholic Primary School, Oboroke-Ihima in the then Kabba Province.

We returned home with gifts of porcelain cups branded in the national colours, the flag and packets of powder milk, all from the government. The aim of course, was to imbibe in us the love and allegiance to the country called Nigeria, which we saw as one indivisible entity.

Unfortunately, as at this day several of our political leaders have lost that love for the country that, by their words and actions their allegiance is to their tribes and religion.

But this is the 21st century Nigeria and we can no longer be governed under the feudal jackboots of any form of superiority complex and expansionist agenda, driven by unrestrained senseless killings of innocent citizens. We have been done in by those with scarce regards for the sanctity of the precious and irreplaceable human life, and we say that enough is enough!

The current clarion call for the restructuring of Nigeria by patriots has become an imperative. Good enough, it was one of the cardinal promises made by the APC-led government to the good people of Nigeria back in 2014/15 during the campaigns. The time to fulfill that solemn pledge is now, not tomorrow. We have had enough of our political leaders’ self-deception.