Legit success in Nigeria is possible 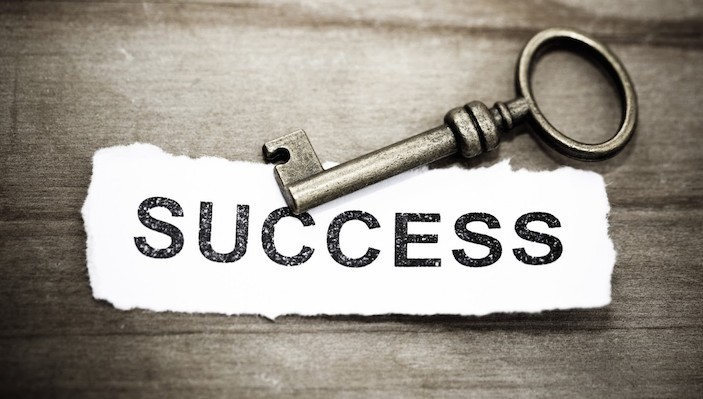 In this first quarter of 2021, six Nigerians have received global recognition for their professional achievements: Faith Odunsi, Davido, Burna Boy, Wizkid, Kelechi Iheanacho and Ngozi Okonjo-Iweala. Their ages range from 15 to 66 years old. What makes it even more remarkable is that these six individuals all spent their formative years in Nigeria. They all grew up here; they ate rice and stew, ate eba and sweated in the Nigerian heat. They don’t have two heads. Some of them came from poverty, some from the middle-class and some from wealth. I want to examine each of their Q1 2021 achievements and mention what it means to Nigerians.

Faith Odunsi is the youngest at 15: she won the Global Open Mathematics competition. This wasn’t a fluke. She’s been participating and winning medals in international maths competitions for years. She didn’t cheat; she has the head for numbers obviously, but she has also stayed up late at night practicing to get good grades in her school work and in maths competitions. She is a fine example to any Nigerian child in primary or secondary school who wants to pursue a career in academia (or who just wants to win cash in international school subject competitions!)

Davido appeared in the Hollywood movie Coming 2 America that came out a few weeks ago. Why is this important? The first Coming To America movie is the first Hollywood movie to show black people as royalty. It gave a sense of pride to African-Americans and Africans everywhere that we could live in castles and have generational wealth. It was a positive narrative for us. Davido wasn’t even born when the first movie was made but he was asked to be in it and played himself as the musical entertainment for the prince’s wedding (something he does regularly in real life). Davido appearing in this movie will show any Nigerian musician that they there is no limit to the height their talent and work ethic can take them. Davido has a tremendous work ethic – putting out numerous several singles every year since 2011, featuring on other musicians’ records and signing new talent to his label…it doesn’t stop. Oh, by the way, he got paid $15,000 daily for being on the Coming 2 America set.

Have you ever heard of Shotti Gunz? Probably only if you’re an Afrobeats enthusiast! Shotti Gunz was Burna Boy’s stage name before he changed it to Burna Boy. He was Shotti from his mid-teens in secondary school and even when he left these shores for the UK to further his studies. That’s how long he’s been making music. He’s 29 now. In 2012 at the age of 21 he put out the single Like To Party that propelled him to stardom and now he’s a bonafide superstar – winning a Grammy for his fifth studio album Twice As Tall in the world music category. Burna grew up in Port Harcourt, Rivers state.

Humble Kelechi Iheanacho used to call his Manchester City teammates “Uncle” out of respect, coming from Owerri, Imo state. He was 18 years old at the time. After learning European professional top-flight football there for two years, Leicester City bought him for 25 million pounds and just last week his goals against Manchester United made him the highest goal-scoring African in the history of the FA Cup, putting Leicester in the FA Cup semi-final for the first time in 39 years! Wow!

Last but not least is Ngozi Okonjo-Iweala, the oldest Nigerian in this story. Before you crucify me that it is rude to mention a lady’s age, permit me to write that I did so to prove a point – which is that it is never too late to go for more! Okonjo-Iweala has had a successful career in multiple lucrative and prestigious roles in Nigeria and the United States and sits on the boards of companies such as Twitter and Standard Chartered Bank: she could very easily have called it a day with a good CV and directorships to rely on for the rest of her days. But no, she sought the Director General position at the World Trade Organization in her mid-sixties and got it! This is a lady that spent the first nineteen years of her life at Ogwashi-Ukwu, Delta state and Ibadan, Oyo state, before relocating to the other country she calls home, the United States. Okonjo-Iweala has never changed, wearing her ubiquitous gele and traditional Nigerian dress almost everywhere, even amongst world leaders and magnates. Being the best version of herself and wearing her Nigerianness proudly has got her this far.

In conclusion, no one can cheat the process. There is a general tendency in our country to look down on struggle and opt for ease by cutting corners, leading to law-breaking. Let’s #NGchangethenarrative

Inogbo is a PR practitioner writing from Ikeja, Lagos. His phone number is 0807 472 9429. His email address is obinna.inogbo@yahoo.co.uk