In celebration of Nigerian workers 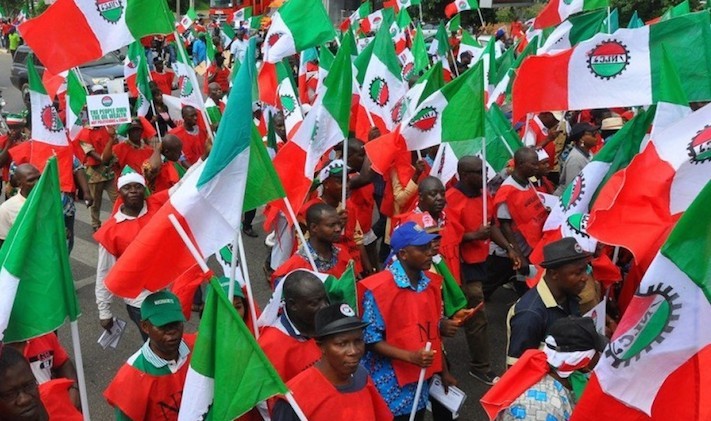 Prior to the colonial epoch in Africa, the labour force was essentially based in subsistence farming, pastoralism and petty trading. The newly established industries, white-collar jobs and other developed labour – management relations introduced by the colonialists gave a broader scope to labour force system. The reformation placed the employers and employees in the status of contractual parties whom are obliged to duly furnish the terms and conditions agreed upon in a contract. While legally contractual remedies were also introduced to award damages against either party who breaches the agreed working requisites. Subsequently, numerous labour movements across Africa grew out of the nascent need to advance the cause of workers and the society at large.

The Nigerian labour force as well, played no mean part in promoting the common interest of workers during the colonial era. The body also served as an indispensable instrument in the successful struggle for Nigeria’s independence. The Nigerian workers’ general strike of 1945 and the Enugu Coal Miners Strike of 1949 struck the most devastating blow against anti-workers and people’s policies of colonial government. These particular coordinated struggles among others didn’t only enhance workers emoluments and incentives but also re-echoed the Nigerian nationalist movements clarion calls for self – governance.

The transformation of Nigeria to a sovereign state in October 1, 1960 and the subsequent recurring imbroglio that bedevilled the country’s political landscape utterly repositioned the country’s work force. In 1960, the Nigerian labour aligned with the International Labour Organization (ILO) in a bid to raise the living standards of workers on a premium scale. The ILO modus operandi since its inception in 1919 tends towards ensuring adequate living wages of member states’ workers by their employers. In 1978, the previously existing four labour unions; the Nigeria Trade Union Congress (NTUC), Labour Unity Front (LUF), United Labour Congress (ULC) and Nigeria Workers Council (NWC) harmonized their differences and established the Nigerian Labour Congress (NLC) as a united front of national federation of trade unions.

In the long run, the autocratic and inept mode of governance that precipitated the country’s political landscape completely worsened the relationship between the NLC and successive Nigerian military governments. The NLC eventually resorted to incessant strike actions in pressing workers’ demands for improved working conditions, good governance and restoration of democratic institution. The 1980s Anti – SAP campaigns, the National Union of Petroleum and Natural Gas Workers (NUPENG) and Petroleum and Natural Gas Senior Staff Association of Nigeria (PENGASSAN) strike action against the annulled June 12, 1993 presidential election and the 1994 NLC nationwide strike among others were staged to combat mis-governance.

The NLC had survived attempts by various military administrators to emasculate its activities. The Ibrahim Babangida and Gen. Sani Abacha led military juntas particularly responded to NLC demands with total clampdown on its leadership. In a build up to Gen. Abdulsalam Abubakar transition programme to democratic institutions, the Decrees 9 and 10 of 1994, which outlawed the executive council of NLC, NUPENG and PENGASSAN, were rescinded on August 11, 1998. The workers’ hope for premium transformations suffered a setback shortly afterwards. Effective minimum wage legislation, regular monthly emoluments, adequate incentives and retirees’ pension scheme which are labour long-standing demands have remained unimplemented blueprints in many states of the federation. These administrative ineptitude inflict unquantifiable hardship to affected workers.

The current stable democracy in Nigeria was earned with workers’ struggle. Unfortunately, the incumbent democratic dispensation has failed Nigerian workers. It is sardonic that while other African nations address unemployment rate through the creation of job opportunities, Nigerian government has failed to proffer basic needs for its labour force let alone the unemployed citizens. The Nigerian government must cater for its workers by complying with the ILO’s minimum living wage conventions No 131 of 1970. The implementation of N30,000 minimum wage for all Nigerian workers without VAT increment, regular monthly allowance and effective pension scheme are roads to ILO recommendation scheme. Nigerian workers are not slaves!

Azeez writes from the faculty of Law, Obafemi Awolowo University