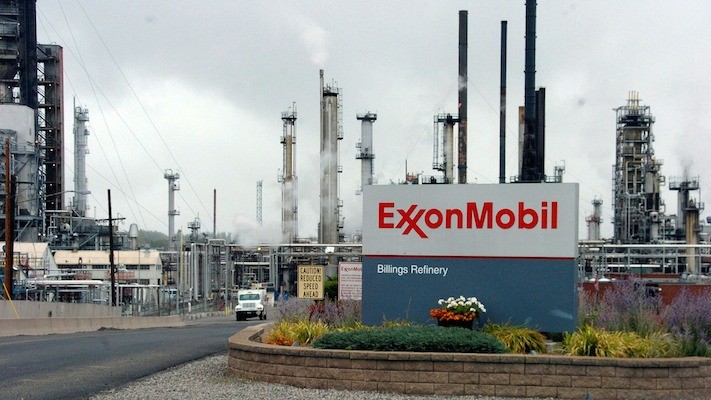 ExxonMobil continues to maintain its stance on replacing Nigerian workers with expatriates even though the cost of retainership of the latter is more than triple what it costs to maintain workers of Nigerian origin.

In a statement issued by the aggrieved security personnel and signed by Mr. Emmanuel Usoro and Mr. Tabiti Kehinde on their behalf, it was noted that ExxonMobil had refused to heed the ruling delivered by the court.

The workers said that they had reached out to the headquarters of the company located in Victoria Island, and were told that patience was needed, as each member of the 21-man group would be paid, leading them to ask, when?

The group, in an article by The Guardian, said, “The question is how long shall we be patient? We are tired of being patient since 2018 when most of us worked for ExxonMobil all our lives and have no other means of survival. No pension and no gratuity.

“We served as Supernumerary Police Officers with ExxonMobil Police Unit in various capacities during our youthful ages. Our primary assignment was to protect life and properties in the Loss Prevention and Control (Security) department of the Multinational Oil Company, which we did with all youthful vigour, zeal and enthusiasm. Yet, we were not deterred by the hatred, scorn and underdog treatment to which we were subjected during the course of performing our duties in ExxonMobil over the years.”

Eight hundred and sixty (860) former staff of ExxonMobil, among other staff of Nigerian origin were retrenched, over reasons bordering on “cutting costs” and “low performance”.

Many of these employees were notified of the termination of their employment in different ways except directly. The affected staff said that they had received their sack notices in unconventional methods: via text messages and in some cases through their spouses.

It was uncovered that the oil company spent a total of $200 million (about N82 billion) in monthly expenses in salaries and other benefits for the expatriates. The above-mentioned sum, earmarked for emoluments and other perks for 29 expatriates, ranks higher than what was set aside for the salaries of the 860 sacked Nigerian security personnel.

The statement by the 21 security personnel noted that to secure their Supreme Court victory against ExxonMobil, the services of Mr. Femi Falana (SAN), was employed. And it also disclosed that the court ruling compelled the oil company to pay all affected staff – dead or alive. But ExxonMobil went ahead to distribute payments unevenly, paying some and leaving some out.

“We are dying of hunger and sickness, especially in the recent COVID-19 pandemic, where the economic situation has deteriorated to unbearable levels,” the statement added.

The company has a history of replacing its Nigerian staff with expatriates, violating a clause in the Nigerian Oil and Gas Content (NOGIC) Act 2010 that gives priority to Nigerian workers “in any project executed by any operator or project promoter in the Nigerian oil and gas industry.”

Since Ptasienski became the Head of Security in April 2018, he has failed to ensure that former employees of the security department are paid entitlements. We now know where his allegiance lies. Little wonder, a former minister of Defence, Roland Oristejafor noted in a letter to former President Olusegun Obasanjo the implications of hiring foreign ex-servicemen for security services by oil companies.

The management of ExxonMobil continues to make nonsense of payments of benefits. The group warned they will continue to pursue legal means to get their entitlements and consider picketing the company’s offices if it continues its flagrant disregard of the Supreme Court’s decision.

Akanni is a public analyst and commentator. He can be reached at mohakanni@gmail.com