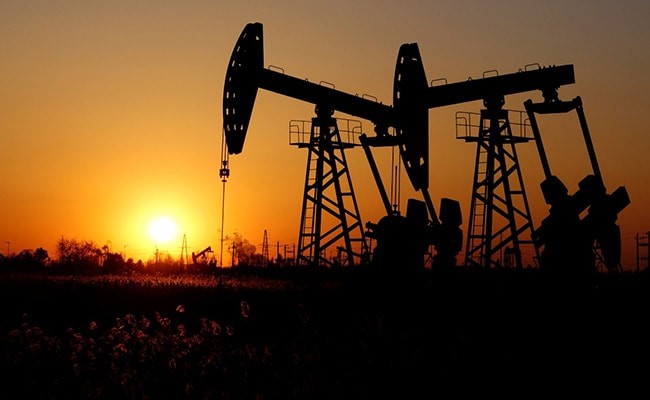 The underpinning of the abstract social pact between the Nigerian people and her government overly takes precedence and gets its bearing — literally — on a keg of crude oil; and as with any inflammable substance, it is universal knowledge to the citizenry and the ruling class that the monocultural and fragile economy is only a nearby match of fire away from being engulfed in the flames of stagnation, economic decline and socio-economic pressure.

A lot has happened since 1956 when crude oil was discovered in commercial quantities within the small town of Oloibiri in Bayelsa state.

History, nonetheless, has not been kind on the host communities within the oil producing region of the Niger Delta as the gory tales of the exhaustion of crude oil within the Oloibiri wells, the instigation of oil workers kidnapping, the destruction of farmlands and livelihood due to a massive oil spill and the drawdown on the health and wellbeing of residents accentuated by gas flaring are well documented in print and electronic media, the academic and social literature for all and sundry to draw insights.

Overtime, the behaviour and agility of a country’s economic growth has been observed to be dependent on a twain force of itself — however in a different magnitude and form.

First, there is the growth that rises and sheds its form on the backburners of learning from (and) experience, which retrospectively re-enacts improved actions and outcomes. The second is that which replenishes itself in quantity and size as opposed to self-destruction. On both fronts, there remains to be seen a political will to emerge from the current submersion in the misty waters of self-inflicted stagnation — both shunning the opportunity to learn from a rich history while yet inundated and boxed in depending on a resource that never grows but instead diminishes.

As of the commencement of exploration of the bonny light crude obtainable on the Nigerian soil, it was estimated that there were 159 oil wells. It has been sixty-five years since a massive discovery that placed the Nigerian economy on the map — offering a sub Saharan African nation the ability to — ‘on a platter of gold’ sit on the table to cut down and increase the production of a globally scarce resource and consequently commanding respect from developed nations as the largest economy in Africa. This all because in three decades, crude oil production is now mainstay of the Nigerian economy accounting for nearly all the foreign exchange earnings and half of the country’s revenue.

Revelling in the gains of a gift of nature that has provided a window to effect low cost development to the people while not out of place should nevertheless traditionally raise pertinent questions on the right forum and quorum with regards to the availability, dearth, and sustainability of this resource from the viewpoint of its monumental and monocultural dependence. At a basic level, what could have become of the country called Nigeria in the absence of crude oil? Would the dissolution of the Nigerian state have been fostered or would change be enforced?

It is this consideration that sets in motion the choice of the decision — to evolve or to die — and it is also from here — the assumed absence of crude oil in Nigeria — that the economic sustainability conversations should be advanced going forward and for posterity sake.

Interestingly, within the same period when the phrase ‘the natural resource curse’ held sway among intellectuals and socio-economic scholars in Nigeria — the most populous country in Africa, the ‘evolve or die’ pledge was gaining momentum and in fact building cities from the scratch in the West. Little renowned nations with a sparse density (connoting a limitation in human resources and capital) and surrounded by just sand and water went out of their way to refine and redefine living; building their economy from a mode of lack to utmost plenty and setting precedence for countries that have been in existence for centuries.

Inadvertently, cities such as Dubai rose to become tourist destination for citizens of developed nations and more so — sadly for those who hold the key to the oil shocks and prices. The phrase ‘from lack to plenty’ did not emanate from the dependence on plenty but a forced threshold from lack.

In Nigeria, the consternation of dwindling economic variables that exist alongside the dependence on crude oil is bolstered by the magnitude of projected indices as contained in the annual budget. The variables are ever constant and the macroeconomic goals have hovered around these — stable oil price, lower levels of inflation, strengthened exchange rates, increased foreign exchange reserves among other macroeconomic imperatives. Ultimately, I could only imagine the tremendous uneasiness and trepidation within the government circles should Oil fail today.

The masterclass to making the successful sustainability journey is barefaced — one that requires at the minimum, a deep reflection of the underlying goal to exploit local capabilities to ultimate advantage as opposed to the adoption of distant plugins. The comparative advantage committal ensures that multiple use cases are employed intrinsically to targeted economic and social goals with ripple effects on the people — Nigerians living in the cities, hinder villages and settlements without so much as a sufficient access to enabling infrastructure and supportive mechanism (like finance) that drives desired wellbeing and welfare.

A deep scrutiny for the all-inclusive solution within the ambit of available territorial potential to effect diversification should oscillate around a shared basket offering managed from the centre and a self-sufficient revenue mobilization from the states. Ultimately, this rides pragmatically, on the existing political structure and revenue allocation formula that is currently used for the allocation of revenue and its subsequent deployment for development projects at the all levels.

The spectrum of alternative resources within Nigeria’s 923,768 km² land mass transcends water and crude oil. There is a large reservoir of natural gas, tin, iron ore, coal, limestone and Zinc amongst other natural resources.

Nevertheless, among these, arable land currently holds the greatest potential in the quest for diversification and self-sufficiency with Agriculture now dubbed the next oil.

The modular operationalisation of the agriculture-based economy requires a focus on the strength of the value chain while financial support and the access to forex will be critical. The Central Bank of Nigeria (CBN), Development Bank of Nigeria (DBN) and Micro-finance Institutions (MFBs) have been identified as key players in this drive to ensure that requisite leverage is provided to Micro, Small and Medium Enterprises (MSMEs) to venture into an agricultural sector whose risk levels are currently at an all-time high.

Capacity building workshops are also necessary to increase confidence to pivot freely around the wide range of agricultural offerings that abound with assured gains.

States that currently support the production and exportation of cash crops should be identified, prioritized and embedded in the federally allocated revenue sharing formula. This will spur increased action from other states to buy into the current targets of increased foreign exchange revenue generation.

Mobilization of the citizenry from the comfort of the homes to the farms is a project that will require maximum awareness, sensitization and education to re-route people to stress-free, customer centric and seamless support. Farm settlements should be strategically mapped out for agricultural production and the proportion of land allocated to alternative purposes be standardized to ensure a sufficient blueprint that is not skewed away from the aim of revenue generation.

Finally, the abundant human resource capital in the country will serve as base for the agricultural sector providing impetus for greater academic researches and technological breakthrough in the use of mechanized farm implements, methods and tools that have a potential to increase production monumentally to levels sufficient enough for foreign exchange revenue and domestic food security.

In all, a multi-rooted economy ingrained on the exploitation of available natural resources, technology and human capital base is the ticket to a sustainable economy viable for a current Nigeria and the generations yet unborn even if oil fails.

Imouokhome is an economist, project manager and development expert with deep experience within the financial services industry.