Between Fowler and new VAT increase 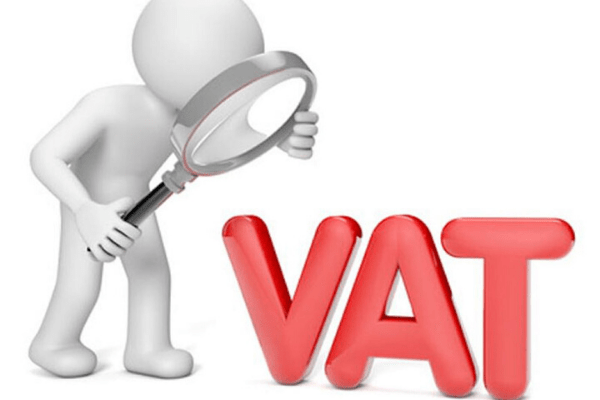 The quest to deepen Nigeria’s non-oil revenue base has received a big boost with the passage of the bill raising value-added tax (VAT) from 5 percent to 7.5 percent. In a move quite unprecedented in recent times in executive/legislative relations, both the senate and the house of reps passed the Buhari administration’s bill in good time without the usual the legislative “stonewalling” or “foot-dragging”.

The idea is one of the proposals earlier tabled by the Babatunde Fowler led Federal Inland Revenue Service (FIRS) to prepare the nation for a post-oil life.

Expectedly, the initiative was criticized in some quarters as “punitive”.  The same people who are quick to criticize the increase are often the first to deplore infrastructural deficits in the country. The question then: how else is the government supposed to generate funds to meet such challenges if not by taxation?

In any case, Nigeria’s existing 5 percent is regarded as one of the lowest not just on the African continent but in the entire world. In South Africa, for instance, the standard rate for VAT is 15 percent. In Ghana, it is 12.5 percent. In the United Kingdom, it is 20 percent. In Norway, people pay VAT as high as 25 percent on some goods and services purchased. Little surprise then that Norway is sometimes dubbed a “nanny state” on account of the fact that it ranks high among the most “liveable places” on earth because of massive welfare packages citizens enjoy.

By conservative estimates, additional N2trillion is expected to be generated by Nigeria from the increase in the VAT. Out of this, 85 percent (N1.7 trillion) will be shared among the 36 states and Abuja, while the federal government retains 15 percent (N300 billion). For states already agonising on how to pay the new minimum wage of N30,000, that must be good news, just like it must be for the FG that is proposing a record N10 trillion budget for 2020.

But beyond the increase in VAT, Nigeria surely still has a lot of grounds to cover to be fully weaned off over-dependence on oil receipt as source of budget funding. According to  Nigeria’s National Bureau of Statistics, the country has a taxable workforce of close to 77 million, but official records indicate that only about twenty percent (14 million) pay income tax. That is largely due to the PAYEE system that makes tax-deductible upfront from workers in public sector. With almost 200 million population, Nigeria’s tax-to-GDP ratio is regarded as one of the lowest in the world.

There is good news, however. The statistics above are increasingly becoming jaded. By the end of this year (2019), an impressive 45 million individual and corporate citizens are expected to be captured in the tax net. Thanks to the aggressive implementation of the Taxpayers Identification Number (TIN) mounted by FIRS management under Fowler. When the current management took charge in 2015, the total figure in the tax net was far less than 20 million.

Incidentally, the four-year tenure of Fowler-led management is coming to end. Experts are agreed that the bouquet of reforms currently being pursued need to be sustained in order to sustain the momentum of the nation’s quest for a sustainable taxation system outside oil receipt. The recent recertification of Nigeria as one of the most vastly improved economies in terms of the “ease of doing business” is substantially attributed to sweeping, investment-friendly reforms initiated by FIRS under Fowler.

Unlike in the past when the processes were opaque and therefore prone to abuses, automation is now the order of the day between the service and the public. For instance, with the Integrated Tax Administration System (ITAS), all core tax administrative processes like registration, filing, audit and payment have been eased. Unlike in the past, taxpayers do not have to wait or bribe anyone to obtain tax certificate as such can now be generated almost immediately after payment.

For the 2020 budget, FIRS has already been given a staggering N8.5 trillion target, representing 85 percent of a N10 trillion national budget. With global forecast not favourable for any significant rise in oil price next year or foreseeable future, the nation will definitely be relying on taxation to fund such humongous budget, outside the window of borrowing – both internal and external. Hence, the popular expectation is that Fowler’s mandate will be renewed to sustain the drive.

For the first quarter of 2019, records show that more than N1.5 trillion was recorded as revenue by FIRS. Experts project the gross for the year will likely exceed N6 trillion by the time the 2019 books are finally computed and closed. This would mean a doubling of the nation’s tax revenue within four years under the management of Fowler. At the inception of the Buhari administration in 2015, the total tax revenue was N3 trillion. The figures had grown from N3.3 trillion in 2016 to N4.02 trillion in 2017 and N5.3 trillion in 2018.

Why these figures are considered quite remarkable is because they were recorded at a time the nation experienced an economic recession considered perhaps the worse in a generation, with crude oil price tumbling to less than $30 between 2015 and 2016 from the Olympian height of $100 in the preceding years. Of course, the logic is that, in recession, the economy would contract and tax returns crumble.

Nigeria’s own survival is perhaps better appreciated when compared to a country like Venezuela which is also heavily dependent on oil to run her economy. With the steep and sustained crash in commodity prices from 2014 to 2015, the Latin American country has more or less degenerated to a basket case today with a vast majority of the people reduced to destitution and pains.

But in Nigeria, the tax graph grew when the present management took over due to creativity, innovation and dedication.

For Fowler, it was no doubt an opportunity to re-enact the magic earlier performed in Lagos. At the outset of the Tinubu administration in 1999, Lagos’ IGR was an abysmal N600 million. But with Fowler headhunted from the private sector and made the head of the state revenue service, the story changed overnight. Within eight years, Lagos’ revenue grew to N8 billion. Recognising his ingenuity in this regards, the succeeding Babatunde Fashola administration promptly retained his services. The results were amazing again. By 2015, Lagos’ IGR had risen to N20 billion, effectively positioning and confirming Lagos as economically viable without the monthly allocation from Abuja. Today, in terms of GDP, Lagos is ranked the fifth largest economy on the African continent.

Overall, even more significant in FIRS’ report card is the steady rise in the non-oil receipt in the last four years of the Buhari administration. The N2.852 trillion generated from non-oil sector in 2018 represents 54 percent of the total N5.3 trillion recorded for the year. The figure for 2016 was N2.149 trillion, while that of 2017 was N2.5 trillion. This is surely a reminder of the nation’s “glorious” years before the discovery of oil when regions depended largely on taxation of individuals and production to fund their respective budgets. That is, the much romanticized “golden age” of cocoa in the west, groundnut pyramid in the north, coal in the east and palm oil in the Midwest.

Also, the bold reforms unleashed by FIRS have also rubbed off positively on the states with a quantum leap in their collective internally generated revenue (IGR) from N800 billion in 2016 to N1.16 trillion in 2018.

Some of the inventive measures taken by the tax board to achieve these amazing results include VAIDS and beaming the searchlights on billionaire tax-evaders and big players in the property market. With VAIDS (voluntary assets and investment declaration scheme), many have been encouraged to step forward and regularize the titles of their property with the “liability of the past” forgiven. From that alone, N96 billion was netted. The good news is that those already captured are now obliged to pay yearly on such assets. And with insight gained from sharing intelligence and data with other government agencies, FIRS appointed banks to identify and reach individuals and corporate entities that had generated at least N1 billion ($3.2 million) in annual turnover for three years without tax ID or any proof of remittance. More than 6,000 persons were identified. Many are already being made to comply.

The same tactics were applied to track the mystery moguls in the real estate sector with encouraging results.

If these initiatives are sustained, definitely the nation’s taxation base will eventually become robust enough to survive without oil receipt.

Balogun, a financial journalist, is based in Lagos