As NBC buries itself deeper aground 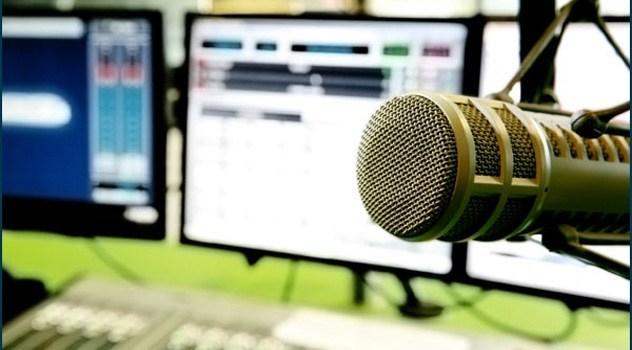 THE DIM ART OF SELF-IMMOLATION: A common Igbo wisdom speaks about the ill fate of a cadaver seized by its vanquisher. Imagine wise old men of yore gathered, bemoaning their strange fate: the ogre that killed their kind won’t let go of the body so they could at least accord it decent final rites.

Such is the story of the Nigerian Broadcasting Commission (NBC) today. But since NBC is not dead yet, one is tempted to assert that what is destroying it is still embedded within its body. A virus of the sort?

At issue here is the recently amended Broadcasting Code which has been raising the hackles of stakeholders in the past couple of weeks.

HOW TO DO NIGHT BUSINESS: Apparently, NBC has amended the code in a less–than–transparent manner and without proper consultation with industry operators.

But rather than allow reason to come to play, NBC has acted as a military commission. It had taken out a full-page advertisement in some national newspapers (The Nation, Monday, June 29, p.20) to further lay the cane on the bare backs of objecting industry players.

In the publication that tries to play up design over substance, NBC reiterates its position thus: “The amendment of the 6th Edition of the Code, we must reiterate, is consequent to (sic) the presidential approval for the reform of the National Broadcasting Commission. The amendments went through the necessary processes culminating in a public presentation to critical stakeholders on the 26th March 2020, at L’eola Hotel, Lagos. The amendment, as released, is therefore final. Any group wishing to make further inputs will exercise such views at the next Review of the Code.”

Wow, is this a government regulatory agency funded by taxpayers and stakeholders or is it a garrison command in a war-stricken banana enclave?

If NBC had its way, it would regulate with decrees instead of consensual rules that would allow stakeholders to thrive.

A few issues of the process before we look at the major bones of contention.

One, NBC claims it made a public presentation to critical stakeholders. Who are these? NBC would have done well to list them in the advert if there was nothing to hide.

Two, by March 26th, the world was already apprehensive of the COVID19 pandemic. Travel and mass gathering was being largely shunned. How then was NBC able to assemble critical stakeholders as it claims?

Three, while we may ignore the import and importance of venue choice, what “necessary processes” did the amendment go through before the public presentation? Did NBC call for position papers from critical industry players?

Four, if NBC parlayed with people who matter in the industry, how come there are so much uproar and dissensions in a simple matter of review of rules of engagement? Why is an industry group calling for position papers on the matter and why is NBC pushed to taking out the full–page advertisements under review?

ABIDING MILITARY MENTALITY: To cap NBC’s impunity with insouciance, the advertisement closed by slamming the doors to a chance of a further review or reason. It closed with a take-it-or–leave–it stance: “The amendment, as released, is therefore final.”

Aggrieved stakeholders are advised to wait until the next review… whenever that may be. This is the junta method, an act next door to criminality in today’s world.

NBC deigns to shave operators’ hair behind their backs. It seeks to sell its drugs not minding the ailments.

Whereas one thinks it’s the NBC that needs a surgical overhaul, here it is trying to reform an industry that maybe a couple of decades ahead of it.

For instance, one of the sore points in the so-called review is the question of non-exclusivity of contents, especially sporting rights in Nigeria.

Isn’t it a no-brainer that you can’t deign to control what you didn’t produce?

Every content in any medium is produced at a cost. Be it sports, drama, news, and even interviews, they are created and produced! How then would any adult decree how you price and distribute your content without your consent?

All over the world, the only kinds of content not exclusive to the copyright owners are public service productions sponsored by the state or produced with grants.

A lay analogy of what NBC has done in its so-called reform is to direct a man who has farmed cassava that upon harvest after one year, he must sell it at a controlled price to, say, civil servants! That would be outright fufu logic! Where then would be the incentive to create high-end, premium content if I can’t sell it to the highest bidder? Why would I need to strive to engage in excellent production if I can get it on the cheap from the guy next door?

Where is independence? Where is that wholesome competition that drives change all over the world?

IT’S NBC THAT NEEDS REFORM, NOT THE INDUSTRY: There’s no doubt that NBC is in dire need of a drastic turnaround. Nigeria has been singing the digital switchover song for over a decade. Twice, funds in billions have taken wings yet no one has been conclusively prosecuted.

In public perception, NBC is an odious entity with very poor corporate governance structures. It is seen as a graft-infested federal agency that is neither transparent nor accountable.

With the immediate past director-general still embroiled in a multi-billion fraud allegation, one would expect the acting DG to pick a good broom and give the place some sprucing. But what do we have? A messy engagement with industry partners.

Why do we always forget in Nigeria that a regulator is not a rule–giver but rather an aggregator and enforcer of the rule made by all players for the overall good of an industry?

Having said this, we urge NBC to get off its high horse and open its mind. Nothing is ever cast in granite. If the partners in the broadcast industry are not quite happy with an amendment to the 6th Edition of the Code, by Jove, NBC should please listen to them.

This code is for the players in the broadcast industry, not the other way round. NBC doesn’t pay salaries or licence fees; it doesn’t raise costly capital for expensive productions or bear any costs for that matter.

Finally, if there’s no industry, there wouldn’t be NBC. Its primary duty, therefore, is to help the broadcast industry to thrive.