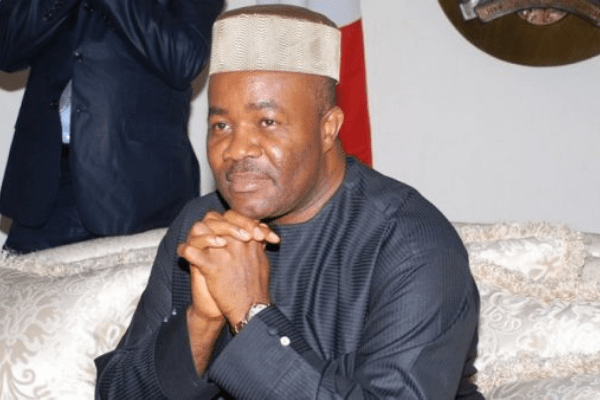 The Independent National Electoral Commission (INEC) has kicked against moves to replace Godswill Akpabio, the current minister of Niger Delta Affairs in the forthcoming rerun for Akwa Ibom northwest senatorial district scheduled to hold on January 25.

In  a letter addressed to the Adams Oshiomhole, National Chairman of the All Progressives Congress (APC)  he stated that he was  saddled with a major national assignment  as the minister of Niger Delta Affairs adding that he could not abandon such a huge responsibility given to him by President Muhammadu Buhari  and urged the party to submit a replacement to run in his place.

Ekperikpe Ekpo, a former member of the House of Representatives and one-time chairman of Ika local government council was reported to have been substituted as the candidate in the senatorial district rerun.

But in a statement in Uyo, the Akwa Ibom State capital, INEC stated that “there will be no substitution or withdrawal of candidates who contested the 2019 general elections in this court order rerun elections in Essien Udim local government area.’’

According to Odara Aisien, the commission’s head of the department, voter education, and publicity, the commission has been inundated with enquiries as to whether political parties can substitute  candidates in the upcoming rerun elections scheduled for 25th January 2020 adding that there will be no substitution/withdrawal of candidates for the rerun.

‘The commission wishes to state that there will be no substitution or withdrawal of candidates who contested 2019 general elections in this court-ordered rerun election in Essien Udim Local Government Area,’’ Aisien stated.

Speaking on a radio programme in Uyo, Mike Igini, the resident electoral commissioner in Akwa Ibom State stated that Akpabio remains the candidate of the APC in the January 25 senatorial district rerun election.

The rerun as ordered by the court will also be conducted for the House of Representatives and state assembly in Essien Udim council area.