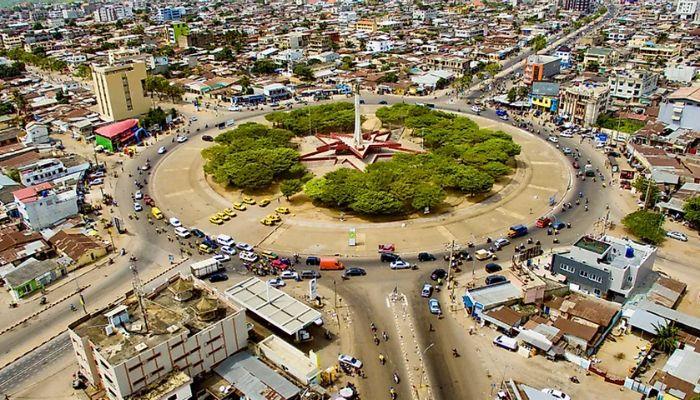 Smarting from a widely acclaimed successful outing in 2021 during which Governor Godwin Obaseki launched a 30-year development plan and unveiled eight centres for the transformation of the state’s economy, the Edo State government has set plans in motion for an even more eventful 2022 Alaghodaro Economic Summit.

Activities leading up to Alaghodaro 2022 have already kicked off with the successful hosting of the Alaghodaro Investment Dinner in Lagos. Following the dinner, big ticket investors, including Aliko Dangote, Africa’s richest man and chairman of Dangote Group; Tony Elumelu, chairman of Heirs Holdings, and Aderemi Makanjuola, chairman of Caverton Offshore Support Group Plc, are gearing up to converge on Benin City, the Edo State capital, for the 2022 Alaghodaro Economic Summit.

In a similar vein, Uwa Igiehon, managing director, Ossiomo Power Company, which operates a 95MW power generation and distribution facility in Edo State, has been named as the keynote speaker at the 2022 edition of the Alaghodaro Economic Summit in the state.

When businesses thrive, it will boost the economy. There will be more jobs and wealth for the people

The Alaghodaro Summit, organized by Alaghodaro Summit Limited/GTE, a policy think-tank that rallies private investors in the state in shaping government policies, programmes and reforms aimed at making Edo the most investment-friendly sub-national in Nigeria, is an annual event to mark Governor Obaseki’s anniversary in office as well as showcase the progress being recorded in transforming the state into an investment haven.

The summit has over the past five years attracted investments worth over $2 billion across different sectors of the state’s economy, including agriculture, food processing, manufacturing, energy and petrochemicals, among others, said Crusoe Osagie, special adviser to the Edo State Governor on Media Projects.

These investments include the $500 million attracted through the Edo State Oil Palm Programme (ESOPP), as well as $250 million being injected by Saro Africa Group of Companies in the state through its Integrated Agricultural Project, Osagie said in a statement.

“The $10 million Edo Refinery project is another signature project. There are also investments in the technology, creative, manufacturing, food processing and energy sectors, among others,” he said.

Apart from providing the platform for both local and international investors to tap into the investment opportunities created by the business-friendly disposition of the Governor Obaseki-led government, Osagie said this year’s edition will further showcase the impacts of the years-long public-private partnership that has translated to the remarkable transformation of various sectors of the economy, including education, agriculture, healthcare, civil and public service, security and infrastructure, among others.

The special adviser to the Edo State Governor on Media Projects said the 2022 edition of the Alaghodaro Summit, themed “Edo’s Transformation: Partnerships, Resilience, Impacts”, will run from Friday, November 11 to Sunday, November 13, 2022.

According to Osagie, the event will commence with the Edo Summit by 9am on Friday at the New Festival Hall in Government House, Benin City, while a State Banquet will be held on the same day at the Edo Hotel Marquee by 6pm.

On Saturday, November 12, there will be a Golf Tournament at the Benin Golf Course by 7am, while a stage play, ‘Hear Word’, will be held at the Victor Uwaifo Creative Hub, Benin City, by 2pm on the same day.

“On Sunday, November 13, being the last day of the summit, a Thanksgiving Service will be held at the New Festival Hall, Government House, Benin City by 10am. The summit will finally come to a close with the launch of the Digital Benin Website at the Victor Uwaifo Creative Hub and Sound Stage, Benin City by 2pm,” Osagie said.

Speaking on the choice of Igiehon as keynote speaker at this year’s summit, Osagie said it stems from the huge success that the Ossiomo Power Plant Managing Director has recorded at the plant since inception.

He said Igiehon has garnered experience as a first-mover investor in the state, taking the risk to build the Ossiomo Power Plant after the signing of a Power Purchase Agreement (PPA) with the state government.

“He has built Ossiomo Power Company from initial 50MW to 95MW, with the facility providing electricity to government establishments, streetlights and industrial clusters in the state. He has also gained valuable experience in mobilizing local contractors to build a gas processing plant, which services the power plant sited in Ologbo community,” Osagie said.

“Upon scaling various regulatory hurdles and surmounting numerous challenges, he remains one of the most enthusiastic investors in Edo State, chiefly because his company is critical to powering the industrial activities taking shape in Edo State today,” he said.

To further widen the scope of this sixth edition of the Alaghodaro Investment Summit, the state has also made concerted efforts to open up the state’s creative industry for investors would be on parade after the state successfully secured deals for production of not less than 50 films in partnership with ROK Studios.

The founder of ROK Studios, Mary Njoku, is one of the guests expected to speak on a panel on ‘Capitalising on Opportunities in Edo State,’ during the three-day economic summit in Benin City, the state capital.

“Njoku is expected to share insights on how she engaged with the state government on the landmark deal, chronicling how the process advanced from the signing of the Memorandum of Understanding (MoU) to the shooting of movies across various locations in the state as well as making use of the Victor Uwaifo Creative Hub and Sound Stage for her productions,” according to the special adviser to the governor on media projects.

He added that the Victor Uwaifo Creative Hub is fast-becoming a rallying point for creatives in the state, as film productions, live productions, musicals, stage plays and entertainment shows are juggling for space at the facility.

He noted that the state is angling to become a hub for the creative industry, which is linked to the tourism sector, noting that through the partnership with ROK studios, various movies have been produced in the state, including the popular television series – Blood of Enogie – and others including Uwaoma, When God Says Yes, Kissing Frogs, Atonement, Home Coming, Out of Sight, Etebite, The Secret.

Also, Ifueko Alufohai, the executive secretary to Alaghodaro Company Limited by Guarantee (GTE) and permanent secretary, Edo State Ministry of Social Development and Humanitarian Affairs, has said this sixth edition of the summit will focus on bolstering the efforts of the Governor Godwin Obaseki-led administration at improving the business environment and boosting the inflow of investments into the state.

Speaking with journalists in Benin City, Alufohai said businesses, as well as local and international investors who are beneficiaries of the Governor Obaseki-led government’s ease of doing business reforms are gearing up for the annual summit, a policy think-tank that rallies the private investor and captains of industry in a bid to make Edo the most investment-friendly sub-national in Nigeria.

Noting that this year’s summit will provide a fine platform to sustain the conversation at improving the business environment in the state, the Focal Person of Edo State SDGs said various businesses have declared interests to wholly participate in the event.

According to Alufohai, “Every effort made by this administration to make the business environment better and friendly seems to be appreciated by businesses owing to the quality of ongoing conversations with businesses in the state ahead of the forthcoming Alaghodaro Summit.

“We are convinced that when these efforts are sustained, things will become better and businesses will thrive. When businesses thrive, it will boost the economy. There will be more jobs and wealth for the people.

“It is important to understand that some businesses had left this state in the past as a result of the unfriendly business environment. It is on record that we had businesses like Michelin Manufacturing Company, Kia Motors, and Ewu Flour Mills, among others in Edo State. If the situation was what it is now, they may not have left. So, this government has engaged quality businesses through Alaghodaro Summit and will continue sustain this effort in line with its vision of making Edo great again.”

‘Doing business in Nigeria is challenging but lucrative’

Mission to the Netherlands explores opportunities for Nigeria’s health sector