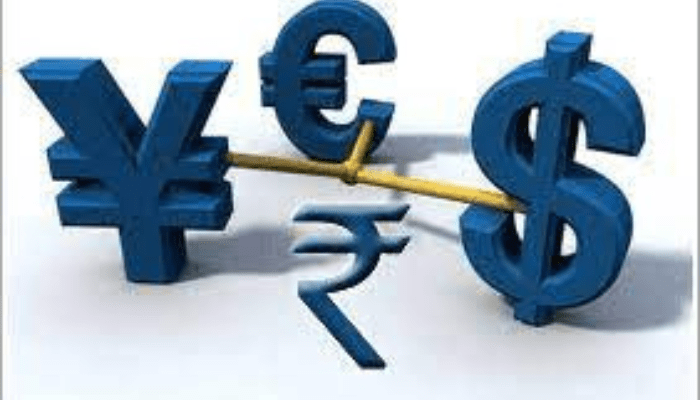 This is part 2 of the article series discussing the regulatory considerations applicable to investment technology companies with online platforms that offer foreign stocks to the Nigerian investing public.

The Nigerian Foreign Exchange Control Regime
Under Nigerian law, the Central Bank of Nigeria (CBN) has wide powers on matters concerning Nigeria’s fiscal and monetary policies, including foreign exchange control. The primary legislation that empowers the CBN to regulate exchange control is the Foreign Exchange (Monitoring & Miscellaneous Provisions) Act of 1995 (“the FX Act”).
The FX Act established and designated the ‘Autonomous Foreign Exchange Market’ (the “Official FX Market”) as the market for conducting foreign exchange (“FX”) transactions in Nigeria and empowers the CBN to regulate transactions in the Official FX Market. The FX Act also empowers the CBN to appoint ‘Authorised Dealers’ (typically commercial banks) to act as intermediaries or market makers within the Official FX Market.

Under the FX Manual, the purchase of FX from the Official FX Market is limited to “eligible” items/transactions. The FX Manual specifies the items/transactions that are eligible for FX and their documentation requirements. An Authorised Dealer is required to obtain the prior approval of the CBN in respect of any item/transaction that is either unclear or not addressed in the FX Manual and which is not explicitly designated as ineligible for FX by the CBN.
Important to note is that investments in foreign securities are ineligible for funds from the Official FX Market; however, this does not preclude investors from financing the purchase of foreign securities from private sources (such as offshore accounts).

In view of the continued devaluation of the Naira and scarcity of FX in the market, the CBN has been forceful in its enforcement of the exchange control regime and has released several circulars in the past year on the subject. FinTech entities with investment tech platforms must remain mindful of the Nigerian foreign exchange control in their offers to users dealing in foreign securities.
While we cannot say at this point whether the affected FinTech companies were using funds from the Official FX Market to purchase foreign securities, the question remains whether an exparte order freezing accounts which possibly held investors’ funds was ill-advised.

Freezing the Bank Accounts of FinTech Entities – a Fumble?
The power of regulators to freeze the bank accounts of users subject to their regulatory oversight or under investigation is subject to the provision of the empowering statutes and directives of a competent court of law.
The Banks and Other Financial Institutions Act 2020 (“BOFIA 2020”) provides that the Governor of the CBN, where he/she has reason to believe that an account has been used for transactions involving the commission of a criminal offence under the law, may make an exparte application to the Federal High Court for an order to freeze such accounts issued to the relevant bank or financial institution. Once the account has been frozen, the Governor is to refer the matter to the Nigeria Police Force, National Drug Law Enforcement Agency, Economic and Financial Crimes Commission or any other appropriate enforcement authority or regulatory authority, or where the matter relates to a contravention of any enactments administered by the CBN, then the CBN may be the investigating authority.

With the above provisions, the Governor of the CBN does have the power to apply to the Federal High Court for an exparte order to freeze bank accounts believed to have been involved in foreign exchange transactions not permitted by the FX Act as this is a criminal offence.

However, this is not the first time the CBN has been criticized for using exparte orders to freeze bank accounts indiscriminately. In October 2020, the CBN applied to freeze 20 bank accounts linked to individuals and a company alleged to have sponsored the #EndSARS protests in Nigeria, for the investigation of claims of suspected terrorism financing. Interestingly, the same Honourable Justice who granted the ex parte order in the #EndSARS matter also heard and granted the FinTech Order.

While we cannot say whether the affected companies were using funds from the Official FX Market to purchase foreign securities, the question remains whether an exparte order freezing accounts which possibly held investors’ funds was ill-advised.

ExParte Orders
The Federal High Court (Civil Procedure) Rules 2019 (“FHC Rules”) provides that an order made on a Motion ExParte, shall not be valid for more than 14 days after any person affected by the order has applied to the court to vary or discharge the order unless the court directs otherwise in the interest of justice. In addition, an application to vary or discharge an order made ex-parte may be made by the party affected within 14 days of being served the exparte order and shall not last for more than 14 days after the application has been argued unless the court otherwise directs, while, where a motion to vary or discharge an exparte order is not taken within 14 days of its being filed, the ex parte order shall lapse unless the court otherwise directs in the interest of justice.

It is a settled legal position that exparte orders are meant to serve as stop-gap measures in cases of emergency or where it is expedient to do so, and such orders are to be for short periods while an application on notice is brought before the court. The Supreme Court of Nigeria in Group Danone & Anor v. Voltic (Nigeria) Limited explained this further when it held that: “An ex-parte injunction is expected to last for a very short time moreso, as the procedure, is likely to be abused by litigants. This is why, the order, must be very sparingly made and only when the circumstances, are urgent and compelling such as to leave the court with no other alternative in preventing an anticipated injury of a grave nature.”

The FinTech Order for 180 days conflicts with the long-held principle of the Nigerian courts that ex parte orders are expected to last for short periods, also reiterated in the number of days stipulated in the FHC Rules.
While it may be argued that the FinTech Order lasting for 180 days is ‘in the interest of justice’ as allowed under the FHC Rules, this discretion exercised by the court appears to have been drawn far beyond what could be envisaged under our laid judicial precedents and legal principles.

Conclusion
Operating in a developing economy with innovative products and services aimed at disrupting the market certainly comes with its own hurdles. By the nature of a developing economy, regulators in financial sectors are hyper-focused on protecting the public and financial stability. It is a difficult task balancing this responsibility with ensuring and fostering innovation in the market.

FinTech entities have to also be responsible in ensuring they remain compliant with the applicable regulatory framework while engaging with the regulatory authorities for better and more effective regulations.
Furthermore, while the SEC is the primary regulator for investment tech platforms offering foreign securities to Nigeria, the role of the CBN in overseeing some aspects of the well-structured operation vis-à-vis foreign exchange considerations cannot be overstated. It is, therefore, necessary that FinTechs ensure they have strong compliance processes in place so they can be safeguarded against some of these issues that are bound to arise in this emerging market.