Insurance – a solution to prohibitive arbitration costs in a challenged economy 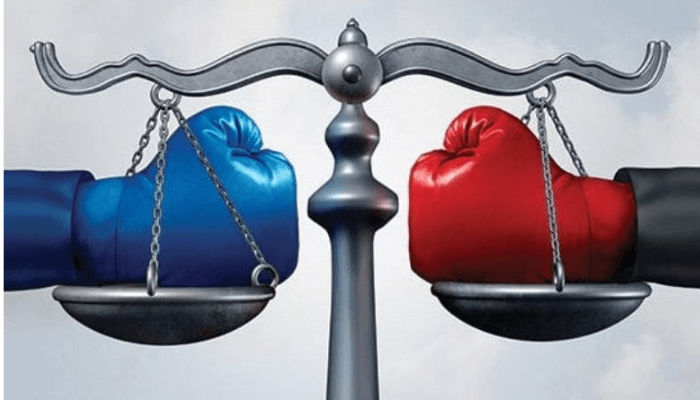 With the recent economic challenges across the world, occasioned partly by the COVID-19 pandemic and partly by the continuing war between Russia and Ukraine, sub-Saharan-Africa appears to be experiencing the most impactful negative consequence. Absence of institutional framework, coupled with bad leadership compounds the crisis. These challenges are causing businessmen to consider small and silent prints in documented agreements. This is often to gain economic advantage over counterparts or resist the claim of the opposing party. The risk that a dispute will arise is therefore higher than ever before. The presence of an arbitration clause puts the parties in a better position than not having one in the first place. However, the parties might soon discover that the cost of resolving their dispute, may prove awfully prohibitive. It is thus necessary to interrogate the cost of resolving disputes by arbitration, as well as methods that might be available to circumvent this obstacle.

Commercial relationships have always been, and will always be, saddled with risks. By providing alternative platforms for the timely and reliable resolution of commercial disputes, Alternative Dispute Resolution (‘ADR’) has been a welcome salve to mitigate modern business conflicts and risks. ADR operates outside the often confusing and long drawn traditional court system, to offer litigants their choice of umpire and procedure. Where the parties are highly sophisticated, they will often choose an umpire with not only deep expertise in the subject-matter of their dispute, but also unquestionable professionalism and neutrality. The twin benefits of predictability of schedule, and a system which imbues a sense of confidence in the parties, are of intrinsic value to anyone engaged in any commercial relationship; be they a Chief Executive Officer, or a working professional with an employment contract.

Although, ADR may generally be affordable, arbitration is expensive. In arbitration for example, the cost of proceedings is a matter of private agreement between parties and arbitrators. Unlike the court system, these costs are unregulated by governmental bodies or the judiciary – and so, dependent on market forces of demand and supply. The average non-corporate claimant is unaware of this when he submits to an arbitration agreement in his employment contract, or lease agreement – to cite just a few examples. These boilerplate clauses have become fairly widespread, whether in contracts between private persons, or large corporations. When a dispute arises from the contract, the unfortunate tenant, new employee, or small business, finds out the hard way that arbitration is expensive. And although there may be an actionable claim against the opposite party, the potential claimant may be unable to either activate a reference to arbitration (because of exorbitant costs) or approach the courts, because an important condition precedent (i.e., first recourse to arbitration) has not been met.

Unless mechanisms are developed for managing the risk of these ‘exorbitant’ fees falling due, ADR may actually be working to impede access to justice for the ‘every man’. The purpose of this teaser is to identify and allocate some potential risks, including the possibility of leveraging on a novel solution- arbitration insurance.

An agreement to submit to arbitration is an implicit contract to fund the arbitration. Put more pointedly, refusal to pay arbitral fees is a breach of contract. This refusal may come in any number of forms. A recalcitrant respondent may seek to frustrate a reference to arbitration by refusing to contribute to arbitral fees. In practice, this refusal to pay is not easily detectible at the outset and may be concealed under the guise of incessant fault finding. A sovereign may also, on rare occasion, claim ‘inability’ to pay exorbitant arbitral fees. However, this is much more easily recognized as unwillingness to pay. A sovereign might find it awkward to contend publicly that it is incapable of paying arbitral fees.

Arbitral panels lack the unmitigated power of law courts, and so tend to rely on the parties -rather than wielding the fear of sanctions- to honour their obligations. In any case, arbitration rules usually provide mechanisms to protect arbitrators’ fees; without providing a robust remedy for a claimant whose reference is stalled by a recalcitrant respondent who refuses to pay. Arbitrators may choose to terminate arbitral proceedings, exercise a lien on the award, or approach the court, to recover their fees. The only remedy available to a claimant whose reference is stalled by the other’s refusal to pay lies in paying the full arbitral fees with a right to recover after the release of the award. This implies that a claimant who is unable to fully fund the arbitral proceedings is at the respondent’s mercy. Whilst he may be able to afford litigation, the law precludes parties from first approaching the court if they had agreed to arbitrate. The court would be quick to award a stay of litigation proceedings to a respondent under these circumstances, regardless of the fact that the respondent is the clog to arbitration.

It would certainly be undesirable to encourage parties to renege from the contractually provided mechanism for resolving their disputes, even when due to absence of financial means. However, courts ordinarily do not condone any ploy to thwart the course of justice. Perhaps legislative amendment, or rule-making administrators may be able to fashion an exception in this deserving circumstance, to prevent a recalcitrant respondent from weaponizing the law to do injustice. Equity should apply to prevent such respondent from benefiting from his own wrong. The right to approach the courts to enforce arbitration agreements should be conditional, requiring a respondent to show good faith and co-operation. In such instances, it may be appropriate to order the recalcitrant respondent to pay the due fees, failing which a coercive consequence should flow.

Where arbitral proceedings are stalled because the respondent refuses to pay, the compliant party may arguably seek redress in court, for breach of the contract. The most effective remedy will require the arbitral dispute to be determined on its merit. There is also the possibility to sequestrate the asset of the non-compliant party. The fact that an award in damages for breach may ultimately be granted in favor of the claimant is no respite. The claimant is contending that it cannot progress with the arbitration, in the absence of a contribution from the opposing party. The court is being asked to provide a more practical solution.

In today’s volatile business environment, uncertainty and change are inevitable. Perhaps, a tool to manage these arbitration risks is to leverage an already commonly used business tool: insurance. A clamant may well consider insuring against the economic risk associated with ADR. A new market for arbitration fee risk insurance would, in the long run, strengthen arbitration as a dispute resolution mechanism.

Another increasingly available tool used in mitigating the cost of arbitration, in principally sophisticated contractual relationships, is third-party funding. In effect, the third-party purchases the right to finance the arbitration, on an exclusively commercial basis. The ethical suitability of such practice (that is; providing a litigant with funds to prosecute an action in return for a share in the proceeds of the litigation) is now less offensive than originally was the case. Legal systems, which originally frowned at such agreements, have softened their disposition. Examples abound in Hong-Kong and Singapore. Indeed, the proposed amendment to the Nigerian Arbitration and Conciliation Act now seeks to adopt this veritable tool. That said, there remains a bulk of contractual relationships that will be unattractive to third-party funders. For those types of contracts, insuring against such risk must remain an attractive alternative, compared to self-funding.

There are two main insurance schemes available to fund arbitration costs. Before-the- event (BTE) insurance scheme is available to cover the risks of legal costs of a potential dispute/arbitration. The insurer will fund the costs of instituting or defending a claim in arbitration; but unlike third-party funding, it will not take a share in the proceeds of a successful award. The insurance covers only the cost of prosecuting the arbitration , a cost that might otherwise prove prohibitive. The other type of insurance protects the insured against adverse awards. Unlike the BTE, which is futuristic and anticipatory, an After-the-Event insurance is only available where a dispute has arisen, and an award has been delivered. The policy protects the holder against any unfavorable award and also guarantees the recovery of costs, subject to terms.
Conclusion
It is expected that Nigerian insurance service providers, will explore the enormous opportunities available in commercial arbitration generally. Taking advantage of this opportunity will enable parties circumvent prohibitive arbitration fees, as well as increase insurance products in a remote, but yet critical area. In all, adopting tools that will further aid effective resolution of disputes can only have but a positive economic impact.