Improved traffic management: A case for a smart city 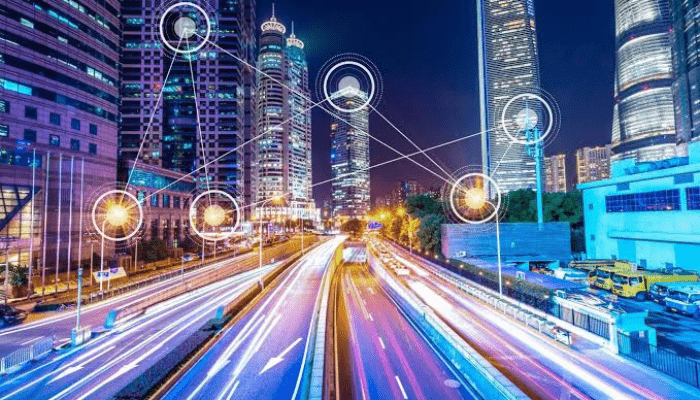 Smart Cities are not exactly new phenomena. Yet for many cities across the globe, the implementation of smart cities remains largely in the experimental stages. Others have blazed ahead and achieved great success. Smart cities have been used to solve issues relating to public administration, environmental and waste management, utilities, security, contactless payments, and healthcare. Barcelona, Singapore, Zurich (Switzerland), and Oslo (Norway) now sit comfortably atop the 2021 IMD-SUTD Smart City Index (SCI). Ranked 115th globally out of 118 countries in the SCI, Lagos for its part has only begun to skim the benefits of inroads into smart city technology. But for all its promise, the myriad infrastructural challenges typically associated with a developing nation’s commercial nerve center, hold the city firmly in its vice. Still, there is nowhere to go but up.

Common lore has it that an ill-timed Monday morning intra-city commute in Lagos can all too easily end in a 5-hour traffic jam. Whether overstated or not, traffic gridlocks and road accidents in the city have been proven to result in significant economic losses and low productivity for businesses, residents, and the government. The reinforcing drivers of this congestion are the city’s tiny land mass (approximately 1,200 square km) relative to its 15 million inhabitants, walled in by the Atlantic, with road-reliant transportation infrastructure. Incidentally, smart city technology is remarkably effective at managing traffic and mobility issues in congested metropolitan cities globally.

Like many other cities in the world, Lagos Smart City’s agenda aims to make the city more livable and productive for its residents. The smart city agenda was initiated and begun by the former administration of Governor Ambode sometime in June 2016 and continues with the current administration of Governor Sanwo-Olu. The agenda focuses primarily on enhanced security, smart identifications, and efficient traffic management. But the focus is one thing. Building and acquiring the underlying infrastructure is quite another.

Without solving the problem of internet/broadband adoption and connectivity to power data collection and exchange, any smart city agenda is essentially a lame duck. Smart cities are built on a bedrock of stable and comprehensive network connectivity infrastructure (a blend of hardware and software). They thrive on the Internet of Things (IoT), Artificial Intelligence, and Cloud Computing with heavy reliance on sensors (i.e., motion sensors), and internet-enabled cameras for data collection, exchange, transmission, processing, analysis, and even decision-making. For instance, data can be picked up by motion sensors set up on highways, intra-city traffic light poles, smartphones, and smart vehicles, and then transmitted to a control center for analysis. This can keep the city’s administrators updated on traffic status around the city, significant traffic incidents (like accidents or road blockages), and even facilitate the identification of traffic offenders for collection action.

On the world stage, Internet Service Providers (ISPs) are expanding their investments in the satellite internet industry that underlies smart technology. Amazon’s Project Kuiper and Space X’s Starlink have recently committed significant investments in this space. Needless to say, Lagos, as the foremost commercial hub in Nigeria with its proud population ‘asset’, is the prime destination for many ISPs and telecommunication companies and therefore boasts of faster and higher internet penetration and connectivity than other cities in Nigeria. In Nigeria, MTN recently launched its 5G internet services in only seven (7) cities including Lagos. Other major ISPs and telecommunications companies have laid underground fiber optics all in their bids to deepen broadband penetration and turn a healthy profit in the process.

Additionally, in 2021 the Lagos State Government announced a major boost toward its Smart City agenda; the laying and installation of 3,000km of Fiber Metro Network. This marked the first phase of a 6,000km project intended to generate and improve high-speed internet connectivity to major districts in the State, including coverage of public schools, local government areas, higher educational institutions, courts, health centers, public offices, and parastatals. There are undoubtedly many aspects of Lagos city life that would benefit from introducing ‘smartness’. It is our hope that the current internet boom in certain locations of the State (along which the fiber optics are laid) could certainly be leveraged by the State Government to solve the most pressing issue of traffic congestion on our roads.

Connected internet solutions, devices, and AI must be implemented to deal with all aspects of sustainable control and management of the Lagos traffic dilemma. Data is the key. AI could help determine the number of daily automobiles on the roads and peak traffic hours. These vital statistics could help the Lagos State Government plan and make informed decisions. This would include locations to erect and install more traffic lights, allocation of time for the different sheds of the traffic lights, and data capturing to penalize road traffic offenders and encourage safe, and sane, driving on Lagos roads.

Read also: The Startup Act: What it is and why it matters

Though the State Government has made some progress in its quest to create a Lagos smart city, it has just begun to scratch the surface. There is much more still to be done particularly in the area of intelligent traffic management. Violations of traffic rules contribute to a sizable portion of the traffic congestion in Lagos. Commendably, the State Government has begun the installation of high-sensitive security cameras across the State that capture car or vehicle owners and motorists that violate traffic lights, traffic rules, and regulations and subsequently issue a ticket that is tied to the license of the car or vehicle. The car owner or motorist is therefore notified of the traffic offence by a text message to his/her mobile phone. If the offender fails to pay the penalty within a specified time, the penalty is accumulated and a charge is placed on the vehicle license.

Whenever the car owner or licensee intends to renew the car license, a red flag is automatically automated. A valid renewal may not be issued unless the accumulated penalty is paid and satisfied. Proof of non-payment becomes swift and effective. Red flags on the license can simply be traced electronically to the event that led to the issuance of the ticket, there is a photo shoot. This method of enforcement releases considerable pressure on the administration of the justice delivery system. Instead of prosecuting traffic offenders, they are simply denied the re-issuance of a license, which itself is a crime. Traffic wardens are also equipped with smartphones that can evidence the history of activity connected with the vehicle license number. Inserting the license number on the phone produces a history including evidence of the offence committed.

Aside from the deployment of intelligent management solutions (described above) to track and punish traffic offenders, the State Government’s regular engagement with key stakeholders in the transportation value chain is also indispensable. The State Government must collaborate with the private sector to roll out more smart initiatives like smart buses that accept smart payments for bus fares.

It should be emphasized that the realization of the collective vision of the State as a smart city is also not only about the Internet of Things (or generation of broadband bandwidth) but also about developing and building physical infrastructure. It is therefore recommended that more alternative road networks and signages must be constructed and erected, with ongoing education and awareness for road users, through social and conventional media. A tangible goal to move Lagos out of the lowest ranked 3% of smart cities in the SCI, to say the top 50% in the next 4 years, would demonstrate some resolve around a smart, but otherwise shifty, agenda.

Ugochukwu Obi, a partner responsible for the ICT Practice Group at Perchstone & Graeys, and Omolade Afonja, an Intermediate Associate in the firm.