Dentons is doing its own thing in Africa 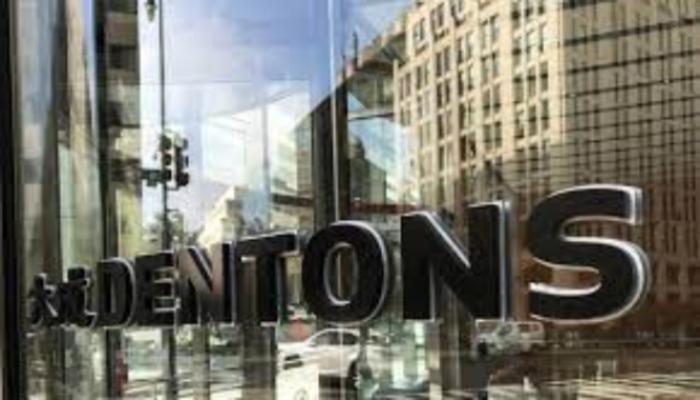 Africa is at the heart of Dentons’ expansion plans, but can a global firm with its roots in the UK, North America and China really be “the first pan-African firm”?

“It has been tremendous, it has exceeded all expectations, both from a revenue perspective and more importantly from a talent perspective.
Speaking on what he sees as one of Dentons’ greatest successes, Joe Andrews, the firm’s global chairman says, “We want to develop that truly pan-African brand, [be] the first pan-African firm.”
As the 2010s began, a rapid series of mergers across the United Kingdom, Canada and the United States created a large international firm named Dentons, which in late 2015 suddenly more than doubled in size through a merger with Chinese firm Dacheng, to become, by some distance, the world’s largest in terms of headcount.

Although the new Dentons was initially largely confined to the Global North and Asia, its leadership had designs on the rest of the world. First came a raft of combinations (the firm’s preferred term, rather than mergers), which took it from having no presence in Latin America to 28 countries in five years. Combinations in Western Europe and Asia-Pacific followed.
Prior to Dacheng, Dentons had opened or acquired offices in Cape Town, Johannesburg and Casablanca but in 2017 Dentons Africa was established as a distinct entity within the firm’s verein structure led by South Africa-based chief executive Noor Kapdi. It now has 17 offices in 12 countries, with further plans to expand, “moving faster than we did even in Latin America”, says Andrew.

“In every case, those firms that have joined Dentons have had significant increased success,” growth that has opened the firm up to more international clients. “You cannot underestimate the importance of having a successful Africa strategy for your global brand,” Andrew adds.

Identity Questions
If the firm is clear about the why, the how is even more interesting. International law firms have taken varying approaches to Africa, but for Andrew and the firm’s leadership, there is a philosophical difference: Dentons wants to be an African firm.
Each local combination has elicited a statement about becoming “the first pan-African law firm owned and controlled by Africans”. Andrew now goes further, describing it as “the only one of these global law firms that is owned and controlled by Africans [and which] is overtly anti-colonialist”.
This seems hard to square a firm whose name originates in the UK and which owes its position to North American, European and Chinese firms. Nonetheless, Andrew cites Thomson Reuters’ Global Elite Law Firm Brand Index 2022, which ranked Dentons as the fourth most prominent brand in the world, whereas legacy firms Denton Wilde Sapte or Denton Hall never ranked highly.

The survey credited Dentons with the largest increase in brand favourability of any firm since its foundation and as the largest firm with the fewest geographic signifiers, “so it is actually not identified with markets like England and the US”, Andrew argues.

As to whether that equates to being African, he doubles down, conceding that while relatively few African clients were surveyed, those who were believe that “Dentons is an African law firm in Africa. They don’t think it is from someplace else”.

This is consistent with how the firm sees itself elsewhere: “In China, we are a Chinese firm, it is only in Beijing and Shanghai they think of us as a global firm because markets attach the name differently.”
This echoes Dentons’ ‘Golden Spike’ strategy which has created what it claims is the first nationwide US firm – a claim strongly contested by its US rivals. The legacy of the firms with which it has combined means that, “in New York we are thought of as an international law firm [and] in Birmingham, we are thought of as an Alabama firm”, Andrew continues. “In every market we’re in, we’re a local law firm.”
Competition
Asserting its identity in this way has raised some eyebrows in the profession, but Andrew has some self-awareness: “Being anti-colonial, that is about making sure there is not some guy who looks like me, some old white guy, sitting in the North and the West telling everyone else what to do. Rather that we build a firm based on consensus.”

Globalisation allows for economies of scale, “but we recognise that the best law is practised culturally from a very different perspective and different places”.
Retaining the local combination firm name, such as Dentons Hamilton Harrison & Mathews in Kenya or Dentons ACAS Law in Nigeria, is an important part of the strategy. “A good lawyer knows the law but a great lawyer knows the judge, so we always want to be in and of those communities.”
This, Andrew believes, means that African clients view Dentons differently than another international firm. “Hamilton Harrison & Mathews is the oldest law firm in Kenya, and one of the oldest in the whole continent. Its name and presence don’t disappear, its relationships with business leaders and government officials are well known.”

Where other firms will have to narrow their sights, they will only be able to serve really good local companies, or those who are doing foreign direct investment, they won’t be able to do both

Kapdi, on his part, emphasises that many of the firm’s lawyers are local leaders, arguing that this model “celebrates their achievement, their position in that community and that society, and they own this brand”. This translates as power to make hiring and partnership decisions, while best practice is shared through international collaboration.

He is convinced these firms benefit from Dentons’ brand and ability “to more effectively, more profitably and efficiently deliver to global clients”. Kapdi himself joined via a combination in 2014 and points out that all of the African offices have grown their revenue during the pandemic.
The firm’s 2022 partner meeting, held in Mexico, had “a very high percentage of African partners”, he adds. “There was no ‘Dentons and us’. The message was very clear: they were Dentons, they were not only Dentons in Africa. Everybody was Dentons.”
Nonetheless, it is notable how prominent Andrew has been in the conversation about Dentons’ role in Africa and how centralised the firm’s global voice is, despite its size. He is, however, quick to credit Kapdi for the firm’s success: “The best organisations, the ones that succeed, are the ones that have clarity of goal and strategy. This is why Noor is doing such a great job, the clarity and the simplicity of the goal are so easy you can put it in one sentence, “owned and controlled by Africans”.”

No respite
Both leaders are confident that this aggressive growth will continue to be rewarded. The firm is unafraid of being nakedly competitive. As Andrew says: “For us, success is always measured by taking work away that might have otherwise gone to local firms.”

Algeria, Ethiopia and Rwanda are high on the list for further expansion, and although Andrew and Kapdi do not give specifics, the South African says Dentons is in “advanced stages of discussions” in those countries.
Kapdi reports that global clients have grown their revenues in Africa during the pandemic and economic downturn, and he sees growth opportunities in environmental, social and governance (ESG) policy advice as Western companies come under pressure to establish ethical supply chains.
Andrew also adds that “Where other firms will have to narrow their sights, they will only be able to serve really good local companies, or those who are doing foreign direct investment, they won’t be able to do both.”

A shift to “conscious globalisation” based on ethical values, he argues, favours a multi-jurisdictional, decentralised law firm: “If I hire one firm which is in all those places, that does not have an economic incentive to lead me astray, then I am going to get the right answer”.
“The firm that can be both local and global is going to be the winner,” he concludes.