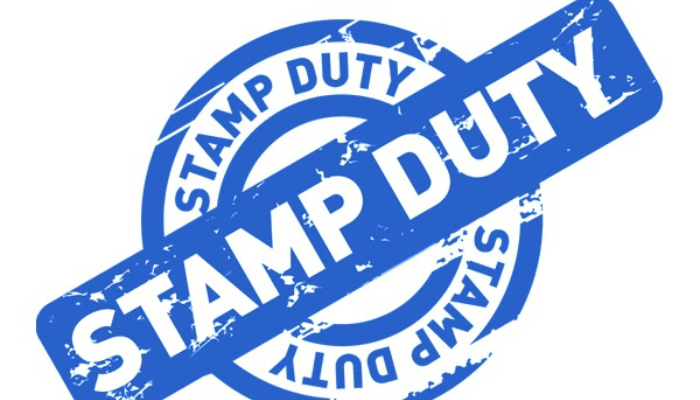 Stamp duty is a tax imposed on certain instruments (including receipts), both physical and electronic, usually involving the transfer of an interest in real estate or other assets. Stamp duties are imposed on instruments to record those transactions and to make them admissible in court as evidence.

In most large finance transactions, to save transaction costs, parties tend to stamp the transaction documents to cover only a portion of the loan, as against the entire sum advanced to the borrower. In this article, we considered the powers of the Federal Inland Revenue Service (FIRS) to recover unpaid duties, fines, penalties, and debts owed to the Federal Government under the Stamp Duties Act (SDA), especially as it relates to financing transactions.

Powers of the Federal Inland Revenue Service to collect stamp duties
By virtue of Section 4 of the SDA, the FIRS is the only authority empowered to impose, charge and collect duties upon dutiable instruments, where such instruments relate to matters between an individual, group or body of individuals and a company. The stamp duty will be paid to the State Government where the transaction does not involve a company.

Section 110 of the SDA empowers the FIRS to recover any duty, fine or penalty imposed by the Act. Under the said section, the recoveries may be made in a single proceeding. Section 2 of the Federal Inland Revenue Service (Establishment) 2007, Act (FIRSA) empowers FIRS to collect all federal taxes, including stamp duties and to account for them. The FIRS is also duly authorised by Section 8(1)(b)&(c) of the FIRSA to assess, collect, account and enforce payment of taxes as may be due to the government or any of its agencies, as well as to recover and pay to the designated account any tax under any provision of the FIRSA or any other enactment or law including the SDA.

By virtue of Section 111 of the SDA, such recovery of duties, fines, and penalties due to the Government of the Federation imposed by the SDA shall be made in a summary manner in the name of the Attorney General of the Federation or the State. However, such duties, fines and penalties are only recoverable within 5 (five) years after the offence was committed or the taxpayer incurred the debt.

In June 2020, the Inter-Ministerial Committee for the Audit and Recovery of Back-Years Stamp Duties, comprising representatives from the FIRS, the Federal Ministry of Justice, the Central Bank of Nigeria and the Federal Ministry of Finance, Budget & National Planning, was inaugurated for the purpose of recovering stamp duties (including back-years recovery) and its accompanying fines and penalties. The back-year recovery is targeted at institutions in respect of stamp duties already collected but not remitted; however, nothing stops the committee from proceeding against individuals for the recovery of duties, fines, and penalties under the SDA.

Stamp Duties in a lending/financing transaction
The SDA imposes a statutory obligation to stamp documents that seek to transfer or create a proprietary interest or right in assets such as a deed of mortgage, charge, pledge or lien. Consequent upon this, in financing transactions, parties are required to pay stamp duties on the security documents and other transaction documents to enable such documents to be admissible in court as evidence, especially in the event of a dispute. Under the SDA, once an ad valorem fee is paid on an instrument, the other accompanying documents are stamped at a nominal fee; however, it is required that the ad valorem fee be paid on the instrument with the highest fee.

where a security document is stamped to cover an amount lower than the facility sum, the lenders will only be allowed to prove for and enforce the security for the secured amount

In large financing transactions, to save cost, parties tend to agree that stamp duty is paid only on a percentage of the loan amount with mechanisms to up-stamp the security document as the need arises. However, where a security document is stamped to cover an amount lower than the facility sum, the lenders will only be allowed to prove for and enforce the security for the secured amount, that is, the amount for which the lender has stamped and registered his security.

Duties on collaterals for limited and unlimited loans
The stamp duties on security documents are typically based on the secured amount. Section 82 of the SDA provides as follows: “(1) A security for the payment or repayment of money to be lent, advanced, or paid, or which may become due upon an account current, either with or without money previously due, shall be charged, where the total amount secured or to be ultimately recoverable is in any way limited, with the same duty as a security for the amount so limited. (2) Where such total amount is unlimited, the security shall be available for such an amount only as the ad valorem duty impressed thereon extends to cover, but where any advance or loan is made in excess of the amount covered by that duty, the security shall, for the purposes of stamp duty, be deemed to be a new and separate instrument, bearing date on the day on which the advance or loan is made.”

Limited loans
Section 82(1) of the SDA anticipates that where the loan amount to be secured or ultimately recoverable is certain, an ad valorem duty corresponding to the full amount covered by the collateral or the amount to be ultimately recovered is to be paid. The implications of the provisions are twofold. Firstly, if the collateral is granted to secure a loan of a specific amount and the parties agree to stamp for an amount less than the collateral cover, the argument could be made that a proper duty has not been paid on such a loan. Secondly, if the collateral is granted to secure a sum less than the loan advanced, an argument could be made that duty ought to be paid on the entire loan amount because the entire sum is “ultimately recoverable”.

Section 82(1) of the SDA will be an important provision that could be utilised by the Inter-Ministerial Committee for the Audit and Recovery of Back-Years Stamp Duties and the FIRS for purposes of recovering unpaid stamp duties. A ready defence by a party (if a company) being assessed to pay additional stamp duty will be the provision of Section 227 of CAMA that limits the secured amount to the amount covered by the duty paid. It is likely that such a defence may not be helpful under section 82(1) of the SDA because it could be argued that the SDA imposes an obligation to pay certain duties for specific transactions, while Section 227 of CAMA deals with the validity of a collateral of other legal defences, relating to the interpretation of statutes, will be available to a party that is required to pay back-years stamp duties. Also, it is necessary for parties that intend to create security over loan advances to structure their security documentation in a way that will pay attention to the nuances and peculiarities of the SDA.

Unlimited Loans
The implication of the provisions of Section 82 of the SDA is that where the total amount to be secured by a collateral is unlimited or cannot be easily ascertained, parties can stamp for an amount they consider to be the secured amount. However, the lender will be unable to realise, by way of enforcement of security, any amount more than the ad valorem duty impressed on the security document. Section 82 of the SDA imbues the common practice by parties to structure their security documents to secure previous, present, and future loans, including the interest that will accrue thereon. Where the collateral is so structured, it will be difficult to assess the correct ad valorem duty and the amount recoverable under such security document becomes unlimited, subject to up-stamping.

However, the straightforward approach explained above has become complicated by virtue of the FIRS Information Circular No: 2021/12, published on June 3rd, 2021 (the circular), which stated as follows:
“Up-stamping according to SDA is applicable to Security instruments like Deed of legal/Equitable Mortgage and Deed of Debenture. The security document for such facility will be stamped to cover the loan exposure, that is, the tranche advanced. If any loan is advanced in excess of the amount covered by duty, the security document will be up-stamped to cover the increase.”

The effect of the circular is that collateral documents are to be stamped/up-stamped to cover the actual loan advanced. Thus, the circular removes the flexibility under Section 82(2) of the SDA. It is therefore possible that the provisions of this circular can be used by FIRS for purposes of recovering unpaid stamp duties. A good defence against such recovery of back taxes is that the provision of the circular conflicts with the provisions of Section 82(2) of the SDA, which allows security created to be limited to the amount for which stamp duty has been paid. The Tax Appeal Tribunal on September 10, 2020, held in the case of Ess-Ay Holdings Limited  Federal Inland Revenue Service that FIRS circulars are not subsidiary legislations and as such lack the force of law. It further held that, where there is a conflict between the provision of an existing law and a FIRS circular, the provision of the law will prevail.
Stamp duty on an unsecured loan
All loan transactions, whether secured or unsecured, attract stamp duties. An ad-valorem rate of 0.125% is charged on an unsecured loan agreement, while a rate of 0.375% is charged on loans with collaterals. Where a party successfully argues that rates paid on security documents should only be limited to the secured portion of a loan, the FIRS may still demand that a stamp duty of 0.125% be paid on the other portion of the loan that has been advanced as an unsecured loan.

Conclusion
It should be noted that where payment of stamp duties was done solely on the assessment made and certified by the Commissioner of stamp duty, without the transaction parties indicating the amount they intend to stamp, such documents shall be deemed duly stamped notwithstanding any objection relating to the duty. This is in line with Section 19 of the SDA.
The FIRS is empowered to recover duties under the SDA, and has in the circular, indicated that security documents be stamped to cover the tranche of the loan advanced. Depending on the structure adopted by the transacting parties, FIRS may demand that stamp duties sufficient to cover the actual loan advanced (where the total amount is limited) be paid, or, where already insufficiently paid, FIRS may proceed to recover the unpaid portion of duty. In structuring a lending transaction, lenders and we their advisers have to take into consideration the cost and risks that may be associated with their collateral structure, as well as ways of mitigating such risks.

Olusina Sipsasi is a Partner at AELEX and Merit Okafor is an Associate at the firm.