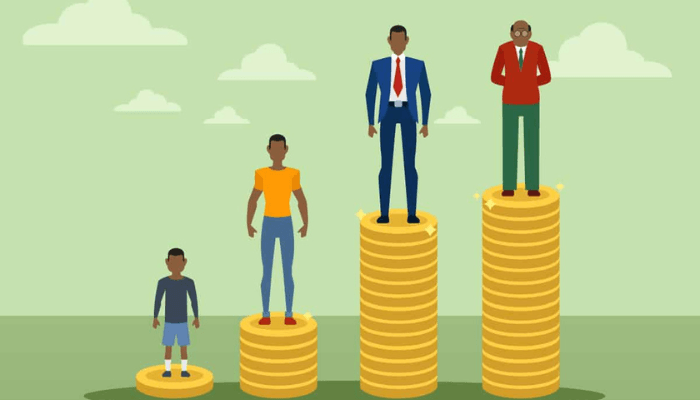 Generational wealth refers to assets that are passed down from one generation of a family to the next. This could be in the form of a family business, property, and non-tangible investments such as stocks, bonds, IP Portfolios, block-chain assets, money or other items of monetary value. In the context of generational wealth, transfer connotes the conveyance of a right, title or interest in real or personal property from one person to another, especially from the original owner to another person, linked or related to him by blood. In practical terms, the process of transferring such wealth from one generation to another could be an arduous task, which if not properly managed could be gravely calamitous.

The British Royal family as a model for sustaining generational wealth
The British royal family is a typical example of how wealth is transferred and managed through generations. When a new Monarch ascends the throne, there is a transfer of title and ‘ownership’ of the estate. The estate is held in trust for the nation. The new Monarch is not entitled to the profits accruing to the estate, even though he is entitled to a fixed percentage of the revenue generated from the Crown Estate annually, for his general upkeep and maintenance of his residences. According to Forbes, the British Royal Family is worth $28 Billion in assets, excluding $500 Million worth of assets Queen Elizabeth II personally possessed. The value of the Royal family’s brand has currently surpassed $78 Billion according to Brand Finance Reports.

The Crown Estate is held in trust by the reigning Monarch only for the period of his reign; it is not the personal property of the Monarch and thus cannot be disposed of, appropriated or administered in such a manner as to affect the estate adversely. The successor to the throne is selected on the basis of primogeniture. That notwithstanding, it is incumbent on such a person to demonstrate competence and a deep commitment to service, that enables an understanding of the responsibility accompanying the office.

Queen Elizabeth II had two categories of property: that held in her personal right, the bulk of other property held on trust for the State, and the Crown Estate. The Crown Estate is a collection of lands and holdings belonging to the British Monarchy. This trust has been in existence since 1351. The trust was first established by Edward III and is now held by Charles III. This intentional and well-structured system ensures the security of the estate such that it does not become impoverished by the successor. The successor is adequately remunerated for his service.

Succession under Benin Customary Law
The British Monarchy and its method of transition share a striking resemblance with some respected monarchies in Nigeria. The kingship in Benin stands out for two reasons, both remarkable. The City was one of the most developed States in the coastal hinterland of West Africa as well as being a territory that was annexed by the British Empire in 1897. The Monarchy has a long history of male primogeniture dating back to its first king, but this has not always been the case. In the past, the leader of the Kingdom was selected from a group of ruling houses known as urho. This system was fraught with controversy. It was therefore unsustainable.

There is an underlying, subconscious bias that a girl child is incapable of or unqualified to manage the family’s estate. Queen Elizabeth’s remarkable leadership qualities contradict this proposition.

The empire then attempted primogeniture between 900 – 1050 AD. This created its own peculiar intricacies in a prevalent polygamous setting. The absence of authentic records was significantly unhelpful. Wives of the Oba were in constant battles, ascertaining whose male child was born first. The City, therefore, returned to kingship by nomination. After what appeared a flip-flop, the empire finally settled for inheritance by primogeniture. Oba Ewuakpe is reputed to be the oba that reintroduced the principle of primogeniture at the beginning of the 18th Century.

Read also: King Charles the ‘Green Monarch’ and future of the British monarchy

Implicit social contract
Unconfirmed historical report has it that in order for the Oba to reintroduce the principle of male primogeniture he needed to seek the consent of the first-class chiefs and Bini’s in general. In ceding this right to the Oba, the first-class chiefs in turn sought reciprocity. They requested to be conferred with the same right and privilege of succession as that of the Oba. Every first male child will automatically be permitted to succeed his father. The first-class chiefs then asked that their title be made hereditary. The non-first class chiefs and the general public asked that the same principle be applied to their most cherished assets, landed property, where the settlor resides; their homes will be treated as their palaces. This concession had a significant bearing on the devolution of such property.

As the first son steps into the shoes of his father, this concession meant that the son automatically inherits the property including the ancestral place of worship. Historically, almost all cultural Benin men will most certainly have an ancestral shrine in a corner of the dwelling house. Inheritance meant physical as well as spiritual devolution. Accordingly, the property is devolved not for personal purposes but held in trust by the first son for the benefit of the immediate family. This property is known as the Igiogbe. The Igiogbe is a representation of all the constituents of a Bini man’s protection, with which he defended members of his household in the course of his life, and was therefore justified before God and the laws of the kingdom in the fulfilment of this duty.

British Monarchy: marked differences
Though the Benin Kingdom has some similarities with the British Monarchy, there appear to be some marked differences. The custom makes it impossible for a woman to ascend the throne and succeed the late Oba. In the United Kingdom, the Succession to the Crown Act of 2013 abolished the system of male primogeniture which allowed a younger male child to succeed to the throne before an older female child.

The culture of male primogeniture adversely affects how families in this society consider female children with regard to inheriting and managing the estate of their families. There is an underlying, subconscious bias that a girl child is incapable of or unqualified to manage the family’s estate. Queen Elizabeth’s remarkable leadership qualities contradict this proposition.

The historical rationale for male primogeniture is predicated on two disputable assumptions. That the male child is more competent than the female child and he is more likely to cater for the family and the settlor’s dependents. Being a first son, he would have been groomed to assume this responsibility. This was the primary reason for which a first son was empowered with the main property of his predecessor in title. Yet it has become common for the first son to take the asset without responsibility. The Courts have sided with the first son that he can take the property absolutely once he performs the funeral right of his deceased father.

In the Supreme Court case of Agidigbi v. Agidigbi, the Court held that under Bini native law and custom, the eldest son of a deceased person or testator is entitled to inherit without question the house or houses known as “Igiogbe” in which the deceased lived and died.

Conclusion
The bulk of the late Queen’s assets, the Crown Estate, lands and royal collections of art and jewellery plus official residences, will be inherited by King Charles III. However, these assets are held by the Monarchy on trust. As such, these assets will pass to the new King only but in trust. It is the same principle that applies to the bulk of assets held by the Benin Monarchy. They are all stool property held in trust for the Monarchy.

The Benin man’s personal landed property (igiogbe) historically treated as his palace or castle, ought to have been the subject of trust. This is so, considering its origin. Nigerian courts appear to ignore the grave consequences of enabling entitlement without a corresponding responsibility. Any culture that appears to promote rights without responsibility and denies the female child completely of inheritance, can only undermine social justice and retard any significant economic development. It is expected that when next the opportunity presents itself the Supreme Court will reconsider its decisions in cases like Idehen v idehen; Agidigbi v Agidigbi that appear to promote cultural injustice.

In demand and emerging legal practice areas for 2023

Regulation of cryptocurrencies in Nigeria: A new wrinkle