…Should Nigeria consider a telecom levy? 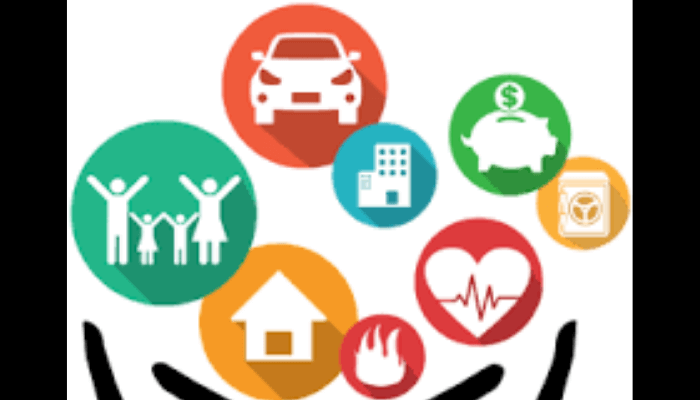 At a three-day summit on sustainable development held in New York in 2015, the 193 member states of the United Nations (“UN”) unanimously approved a global scheme to attain a sustainable future and end poverty by 2030 by committing themselves to the 17 life-changing goals prevalently regarded as Sustainable Development Goals (“UN SDGs”). Good health/wellbeing is listed as the third UN SDG (“SDG 3”) and is designed to, amongst others, “substantially increase health financing and the recruitment, development, training and retention of the health workforce in developing countries, especially in least developed countries.” The inclusion of SDG 3 amongst the UN SDGs is unsurprising since a healthy life and improved standard of living represent two of the three key dimensions of human development.

In a bid to stimulate competition and to determine the level of compliance of its member states with the UN SDGs, the UN recently ranked its member states by their overall score (which measured progress towards achieving all UN SDGs) and ranked Nigeria 139 out of the 193 members. The implication of this is that the country is relatively lagging behind in its commitment to achieving the UN SDGs (including SDG 3). In fact, according to a survey conducted by Knoema, the mortality rates in Nigeria as at 2020 for infants, children under five, adults and sixty-plus were 57.86 deaths (per thousand live births), 95.12 deaths (per thousand live births, 27. 23 deaths (per 100 population) and 23.54 deaths (per 100 population) respectively. The average rate of death in Nigeria is considerably high and a contributory factor to that is the fact that a lot of Nigerians live below the national poverty line and cannot afford the high cost of health care.

To ensure that Nigerians and other legal residents in the country have access to basic health care in compliance with SDG 3, President Muhammadu Buhari recently signed the National Health Insurance Authority Act 2022 (“NHIA Act”) into law. This article examines the innovative provisions of the NHIA Act and concludes that only full implementation of those provisions, rather than the mere enactment of the NHIA Act would translate to the achievement of SDG 3.

Further, there had been widely circulated misinformation that the NHIA Act imposes a telecommunications tax of not less than 1Kobo per second of GSM calls as a source of funding for the Vulnerable Group Fund established under the NHGF. While no such provision exists in the NHIA Act as the provision relating to the said tax (which hitherto featured in the NHIA Bill) was expunged from the final version signed into law by the President, this article examines the basis of the removal of the tax from the NHIA Act and its impact on the attainment of SDG 3.

Compliance with SDG 3: Innovations of the NHIA Act/Implementation Challenges

The NHIA Act repealed the National Health Insurance Scheme Act 2004 (“NHIS Act”) and establishes the National Health Insurance Authority (“Authority”) as a body corporate with the responsibility of promoting, regulating, and integrating health insurance schemes in Nigeria. Thus, the Authority is empowered to (a) ensure that health insurance is mandatory for every Nigerian and legal resident; (b) enforce the basic minimum package of health services for all Nigerians across all health insurance schemes operating within the country; and (c) devise a mechanism for ensuring that the basic health care needs of indigents are adequately provided for.

In furtherance of the above, the NHIA Act provides that every person resident in Nigeria is required to obtain health insurance. Likewise, every state of the Federation as well as the Federal Capital Territory may for the purpose of providing access to health services by its residents establish a health insurance and contributory scheme to cover all residents of the state. While the above provisions of the NHIA Act are laudable and accord with the spirit of SDG 3, SDG 3 in itself may not be achieved through the NHIA Act if the same is not implemented to the letter.

The Nigerian Government has over the years enacted legislation geared toward promoting the welfare of Nigerians. For example, in a bid to ensure that Nigerians have access to the requisite financing towards becoming homeowners, the Federal Government enacted the National Housing Fund Act (“NHF Act”). The NHF Act mandates every employer having in its employment, an employee earning a basic salary of N3,000 and above per annum, to deduct 2.5 per cent of the monthly salary of that employee as the employee’s contribution to the National Housing Fund. Unfortunately, the majority of employers do not comply with the NHF Act. According to a survey conducted in 2021, about twenty-six million households in Nigeria do not own their homes.

Consequently, while the enactment of the NHIA Act is a step in the right direction, compliance with SDG 3 would only be achieved through the NHIA Act where its provisions are completely implemented, with a view to enhancing the good health and wellbeing of Nigerians.

The VGF: Exclusion of Telecommunications Tax from the NHIA Act

The NHIA Act establishes the VGF to provide finance to subsidize the cost of provision of health care services to vulnerable persons in Nigeria. The sources of financing for the VGF include the (a) Basic Care Provision Fund; (b) Health Insurance Levy; (c) Special Intervention Fund allocated by the government and appropriated to the VGF; (d) money that accrues to the VGF from investment made by the Governing Council of the Authority; (e) grants, donations, gifts and any other voluntary contribution made to the VGF.

Prior to the enactment of the NHIA Act, a telecom levy of a minimum of 1Kobo per second for GSM calls was initially included in the NHIA Bill as a source of financing free healthcare for vulnerable groups. In fact, upon the passage of the NHIA Act, a renowned tax expert in Nigeria, Taiwo Oyedele tweeted that “with the recently passed National Health Insurance Authority Act 2022 imposing a telecom levy on calls, the 2022 Fiscal Policy Measures & Tariff Amendments imposing an excise tax on pre/postpaid services, in addition to the current VAT at 7.5% which took effect from Feb 2020 the total tax on GSM calls is now 21.5%”. Further, telecommunication operators, presuming the inclusion of the telecom levy in the NHIA Act, faulted the law on the basis that subscribers will get less value for any data subscription they make if the said tax is implemented. While this appears to be a valid argument against the inclusion of the telecommunication tax, the reality is that the inclusion and implementation of the telecom levy to assist vulnerable persons would contribute immensely to Nigeria’s achievement of SDG 3.

This writer hopes that the Federal and State Governments will fully implement the striking innovations of the NHIA Act to drive Nigeria’s achievement of SDG 3. It is further hoped that the designated sources of financing for the VGF highlighted in the NHIA Act will adequately sustain vulnerable persons.

The impact of MVNO licence on Nigeria’s telecommunication sector