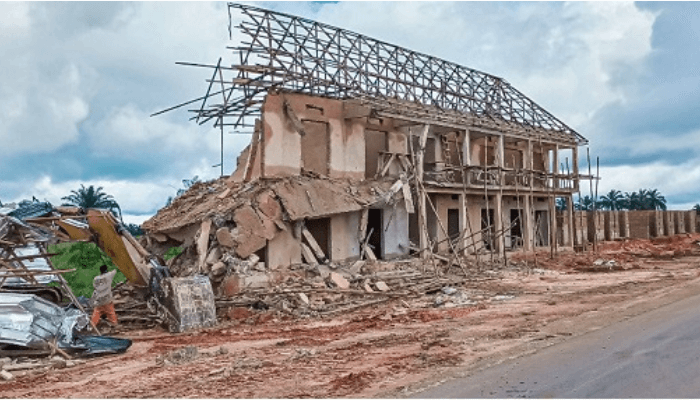 The Edo State government has explained why it took over a portion of land measuring 1229 hectares along the Irhirhi-Obazagbon-Ogheghe road in Oredo Local Government Area, saying it was to make way for the development of a new town.

Chris Nehikhare, commissioner for communication and orientation, said the land was acquired in 2017 and duly gazetted for the new town project but was encroached upon by land speculators.

Nehikhare said the repossession exercise in the area, which used to be the Ogba Forest Reserve at the time of the acquisition, was part of Governor Godwin Obaseki’s renewed campaign against land-grabbing in the state, aimed at restoring sanity in land administration in the state.

“On the operation in the communities, government officials entered the area at about 3.00am this morning with the full complement of security personnel. The area was repossessed with no casualty. The exercise is going on peacefully.

“The government has taken over all the buildings within the Ogba River Forest Reserve and is removing all buildings, except for those it may use as offices. We thank all security agencies, members of the affected communities, the general public and the Ministries Departments and Agencies (MDAs) involved with the exercise for their cooperation.

“For the records, the land was acquired in July 2017 was duly gazetted. The government had tried severally to engage the four communities involved but they have always rebuffed the government. The hostilities and widespread encroachment have made it difficult to enumerate and commence compensation assessments.

“Total structures marked today are 106 and 24 will not be demolished. The others are being demolished and the perimetre of the site is being trenched,” Nehikhare said.

He added that the exercise is ongoing and once the repossession is completed, enumeration will commence and payment will be made to the rightful occupants who were there prior to the acquisitions.