Why APC is jittery over deployment of BVAS – Momodu 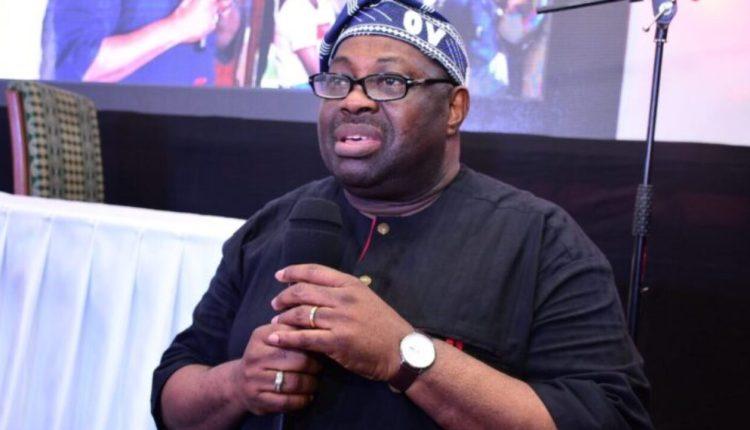 The Peoples Democratic Party ( PDP) has attributed the recent opposition to the use of the Bimodal Voter Accreditation System (BVAS) by the All Progressives Congress (APC) to history of election manipulation by the APC.

The Director of Strategic Communications of the PDP Presidential campaign organisation, Dele Momodu while interacting with journalists, Thursday, said it was dismayed over call by the APC “at this time and age for us to operate analog elections.”

This is however, coming against the backdrop of resolve by the Independent National Electoral Committee (INEC) to deploy BVAS in the 2023 election.

Recall that the APC National Chairman, Adamu Abdullahi had on Wednesday, expressed concerns over INEC’s resolve to “deploy some of these technologies as regards transmission because we are taking a major step in transmitting election results in real-time.”

But Momodu said the world has gone digital and anything that will eliminate political thuggery, cheating and rigging should the employed, adding that “I will expect any reasonable political party to support it.”

“So, for APC to say it does not support it. There should be no transmission of results from voting points. It’s like sending us back 50 years ago into antiquity. At PDP, we will support transparent elections only,” Momdu added.

He further added: “We know that we stand to benefit from it. Anybody who is completely jittery knows why it’s complaining because they (APC) are used to manipulating elections. We told them in Osun. And we won. When people decided that this time, we will not allow you to rig, and of course, electronics technology helped in Osun.

“I have a notion that is what APC is running away from, that if they could defeat us in Osun as an incumbent. Then, there is no power of incumbency again.”

Momodu, who expressed confidence in the readiness of INEC to deploy BVAS in the next year’s election said once you use it, there is nothing like incumbency, whatever votes you record is what will be published and what will be approved.

“Let me tell you, I believe that APC is already winding down. And when a political party begins to wind down, its ability to misbehave becomes weakened.

“But those who know President Muhammadu Buhari, know that once he is determined to do anything, he will do it. INEC is being blackmailed by APC, there is no question about it. They’ve done that in the past. Like when they extended their party primary. They were not supposed to extend the dates. The date was supposed to be sacrosanct, but APC made sure that they bullied INEC into submission.”

He expressed hope that INEC will not be bullied into accepting what would be so dangerous for Nigeria.

Momodu, who described this election as crucial said “the country is not the personal property of anybody. APC has tried its best. Now we’re able to juxtapose the PDP and the APC, and anybody who is fair-minded enough would agree that APC deserves to rest.

“However, those who are close to President Buhari have told us that if there is one thing is determined to achieve if he has failed in any other way, is that he must be able to give Nigeria the most transparent elections and I pray he will deliver on it.”

Ologbondiyan, had while also reacting to the APC position, maintained that “the APC has realised that given its mass failures across the spectrum of our polity, it does not enjoy the support of Nigerians and as such is scared of any process that will deliver a credible balloting in the elections.

The statement further read: “APC’s mortal fear of mass rejection at the polls is directly behind its unnecessary tantrums against the electronic transmission of results.

“It is abundantly clear that the APC’s plan is to return our electoral process to the days of mass rigging through the use Incidence Forms, ballot box snatching, ballot stuffing and other electoral malpractices.

“Having become frustrated because of the introduction of technology to improve the electoral process, the APC is seeking ways to manipulate the elections to enable it to re-enact the horrible electoral seasons of its devious act of holding electoral officers by their jugulars and forcing them to write results for APC candidates.

“The APC will desire to deploy the use of armed helicopters in order to chase away Nigerians from their polling stations so as to write results and force same on INEC officials.

“The Atiku/Okowa Campaign urges Nigerians to remain vigilant on the decision reached by INEC to promote the integrity of our electoral process.”