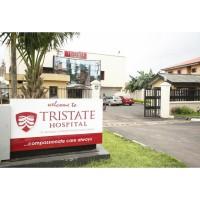 In a bid to reduce the burden of cancer in society and in commemoration of the International Women’s Day, Tristate Hospital, Lekki is set to provide free cervical and breast cancer screening to 300 women in Lagos from March 4 – 8, 2022, in its Beat Cancer Project.

Cancer arises from the transformation of normal cells into cancerous cells through the interaction between a person’s genetic factors and other cancer-causing (carcinogenic) agents of physical, chemical, or biological origins. Additionally, ageing is a factor in the development of cancer due to a likely build-up of risks for specific cancers that develop with age.

With a global burden of nearly 10 million deaths and 19.3 million new cases in 2020 (WHO, 2022) cancer remains one of the leading causes of death worldwide. In Africa, an estimated 752,000 new cases of cancer were reported in 2018 with 506,000 deaths reaching 4percent of the global cancer burden.

“Cancer is only as powerful as the onset of its detection. The challenge is that a lot of people do not prioritize regular screening which is key in early detection and prevention, ” said Kamar Adeleke, a professor and CEO Tristate Healthcare System.

“Tristate Hospital hopes we can play our part to help prevent the challenges arising from late detection and the possible deterioration of healthcare and this free screening is one step towards achieving this desire,” he said.

Also, he indicated that the screening for cancer should be an ongoing activity that should be practised by everyone due to the daily demands of life and living including the exposures to various possible cancer-causing factors.

He stressed that everyone develops tumours at various life stages that do not necessarily develop into cancerous cells. He however reiterated that the best cure for cancer is regular screening and early diagnosis.

Thus, Nigeria ranks 21st and 4th for cervical and breast cancer deaths globally respectively. Despite being preventable by a combination of lifestyle precautionary actions, early detection, and treatment many Nigerians do not take the necessary action against cancer due to ignorance or a lack of will.

On his part, Adesanya, the head of the obstetrics and gynecology department at Tristate Hospital, Lekki, reflects the economic impact of cancer and its attendant effect on human development in Nigeria.

He explained that the trauma and financial expenses from cancer management are much more challenging compared to the cost of early screening.

He also advocated for early screening for cervical cancer from the onset age of twenty-one while breast examination, he said, can be done in front of a mirror every morning and individuals can report the presence of any lump or swelling observed.

Also, he said women below 40 years should scan their breasts once in 3 to 6 months and those above 40 should combine that with mammography once or twice in a year.

“In other developed countries, screening is easily and mandatorily done regularly, thereby reducing the possibility of an incidence of a case.”

The program is planned to reach 300 women in four days and expects to continually provide support to women to promote health and wellness.