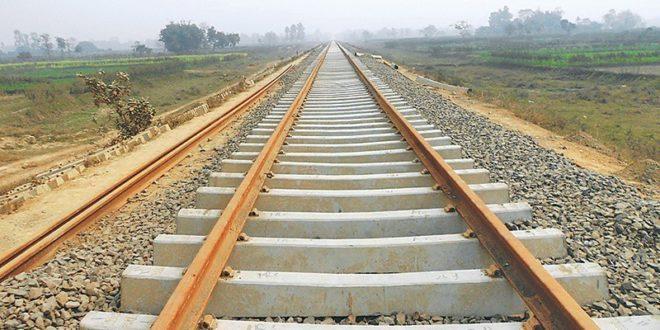 Share
The Senate on Tuesday tasked  the federal  government to quickly rehabilitate the Eastern rail line to ease nation’s transportation challenges.
To ensure the task is not neglected, the Senate has mandated its Committee on Land Transport to relate with the relevant Ministries and agencies and ensure the Executive facilitate the execution of the Eastern corridor immediately.
Also, the Red Chamber consequently, mandated its Committee on Legislative Compliance, to ensure compliance by the Executive arm of government and report back to the Senate in 3 weeks for further legislative action.
The resolution of the Senate followed consideration of a motion sponsored by Senator Orji Uzor Kalu (APC – Abia North).
Kalu said one of the greatest challenges facing the nation as an emerging economy is poor infrastructural development.
He stated that, “the movement of goods and persons from one point to another is becoming very cumbersome, if not hazardous.”
The lawmaker recalled that it was in recognition of the fact that there is dire need for transformation of the Nigerian Railway system into a more dynamic and functional one, that the federal government had encouraged the use of rail to reduce road traffic congestion problems and open up the sector to private sector investment.
His words: “The Federal Government in 2017 entered into an agreement with General Electric, a Boston, United States based company, under the Rehabilitation and Concessioning of Western and Eastern Railway lines to connect Abia, Rivers, Lagos, Oyo, Ogun, Kwara, Kaduna, Katsina, Enugu, Bauchi, Gombe, Plateau, Bomo, Yobe and Kano States. And while the Western lines of 1,126 km are from Lagos to Kano and to N guru 230 km, Funtua mom and Kaura Namoda 121 km. The Eastern lines are from Port Harcourt to Kaduna 915 km, Maiduguri 706 km, 105 35 km,” the lawmaker said.
“In spite of the fact that the railways are more efficient in haulage of bulk loads over long distances in environmental and economic ease including cargoes and petroleum products, the sector suffers neglect especially the Eastern rail line which commences in Port Harcourt in Rivers State, passing through Abia State, Enugu, Benue, Kogi, Kaduna, Kano to Gombe and terminates in Maiduguri, Bomo State.”
Kalu further lamented that, “the Eastern rail line had been denied a similar attention given to Lagos Kano (Western) rail line in spite of the fact that investigations revealed that the Eastern rail line remains the most lucrative route in Nigeria.”
According to the lawmaker, “in spite of being the most lucrative route in Nigeria and a distance of about 1402 km having passed through Aba in Abia State, the commercial nerve center of the South East is regrettably left in a comatose condition resulting in Nigerian Railway Corporation (NRC) losing at least N208 million Naira each year since 2014 totaling N1, 248 Billion Naira in the past 6 years.
“Concerned that despite this colossal loss of revenue in this corridor and the attendant economic benefits that would be accrued, the commencement of the rehabilitation and concession of the Eastern Rail lines as entered by the Executive has not taken off like that of the Western corridor with 2 to 3 different companies, GE, Transnet and its consortium partners which include Sino Hydro of China and Dutch based APM Terminals for unexplained reasons.”
He emphasized that “the Federal Executive Council is yet to give approval for the commencement which leaves not just the government as losers but all host communities to the rail line from Port Harcourt to Maiduguri.”