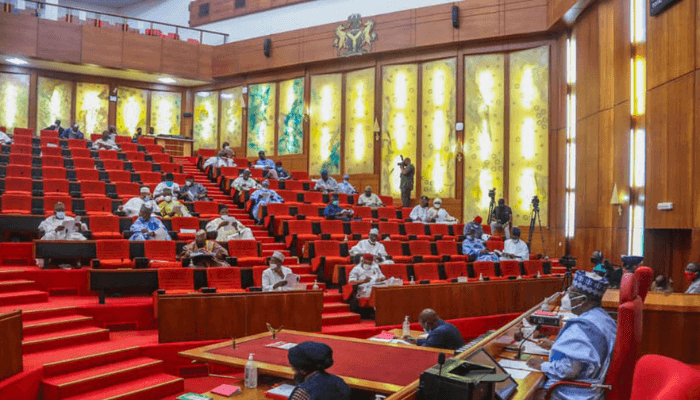 The Senate through its committee on ethics, privileges and public petitions, handling petitions submitted to it by Hardy Oil Nigeria Limited, directed the management of NUPRC to produce the written directive from President Muhammadu Buhari, being the minister of petroleum directing it to allocate the field to Halkin E&P.

Trouble over the oil field started on April 6, 2020, when the then regulatory agency, the Department of Petroleum Resources (DPR), revoked the operating licence of the Atala JV Partners on the Marginal Oil Field over alleged inability to bring the Atala Field to production

But the trio of Bayelsa Oil Company, Hardy Oil Nigeria Limited and Century Exploration and Production Limited ( CEPL), kicked against the revocation on the grounds that as original operators of the oil field, explorations and productions have been made and royalties paid into the account of the Federal Government of Nigeria, and that at the time the field was purportedly revoked, the JV-partners have an outstanding 20,700 barrels of crude on the site.

President Buhari had in October 2020, in response to the appeal by the Marginal Field Operators Group (MFOG), directed the immediate “reinstatement of the ten revoked marginal fields licences, on a discretionary basis, to qualified companies with consideration given to the previous operators of the respective fields subject to the demonstration of technical/financial capacity and payment of applicable Good and Valuable Consideration (GVC).”

However, the defunct DPR (now NUPRC) through a letter dated February 28, 2021, signed by Auwalu Sarki, purportedly on behalf of the minister of state for petroleum resources, Timipriye Sylva, awarded the oil field to Halkin Exploration and Production Limited which is not among the previous operators.

This led to the petitions filed against breach of the president’s directive to the Senate committee on ethics, privileges and public petitions by the Atala JV Partners, the previous operators and the beneficiary of the presidential leniency.

At a recent hearing by the committee, Kelechi Ofoegbu, the executive commissioner, economic relations and strategies of NUPRC, who stood in for the CEO, tried to rationalise the decision but members of the committee rather requested for the written directive given to that effect by the president.

Ofoegbu told the lawmakers that the inherited action taken by the defunct DPR was in order, but they insisted that the presidential directive which favours the return of the field to the previous operators was not followed in the discretionary action taken by DPR.

In his intervention, Ayo Akinyelure (Ondo Central), chairman of the committee, said NUPRC which is now the new regulatory agency was not expected to take side in the disputed oil field.

“Since DPR is inherited by NUPRC, the new agency must furnish this committee with a written directive from President Buhari, upon which the award of the Atala Oil Field was made to Halkin E&P and not previous operators as clearly stated in the presidential directive quashing the revocation.

“Perhaps, in running away from the fact and getting away with the oil field award, Halkin stopped appearing before this committee after previous appearances, by resorting to litigation in the court of law. What this committee wants from NUPRC, being the inheritor of DPR, is written presidential directive on the oil field award to Halkin E&P, and nothing more,” he insisted.