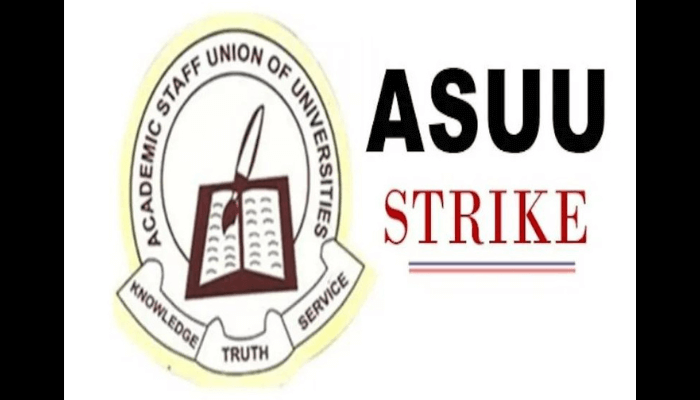 The House of Representatives and the Academic Staff Union of Universities (ASUU) have reached an agreement on how to end the ongoing strike by the ivory towers lecturers, Femi Gbajabiamila speaker of green chamber said.

Gbajabiamila said this while briefing journalists at the end of a close door meeting with the union and the federal government at the National Assembly in Abuja on Tuesday.

The speaker said the parliamment would wait for the return of President Muhammadu Buhari from the United Nations General Assembly, to convey their resolutions with ASUU to him with the hope that he would accept them to resolve the impasse.

He also said there will be more meetings with the National Information Technology Development Agency, (NITDA), the Accountant General and Auditor General of the federation on the way forward.

Gbajabiamila said: “We have been here for hours now, deliberating on issues regarding the ongoing ASUU strike. We have covered a good ground. Let me just put it that way and we have made very good progress. Like I said earlier, ours is to interface directly with ASUU as an independent arm of government to find out exactly the details and how solutions can be offered like they said two heads are better than.

“Now that the legislative arm has come in, we are very hopeful based on our deliberations in the last five hours that there is light at the end of the tunnel. So, I thank them once again for making this time out in interest of our students.

“There are principally seven areas where ASUU has presented what we consider to be the requisitions for them to go back to class. We have looked at those areas and we have more or less agreed on certain things in pursuant… we have asked that NITDA, Accountant-general and auditor general and the Wages and Salaries Commission be invited.

“Unfortunately, it’s too late to invite them tomorrow because the letters can only go out tomorrow. They will be invited to meet with the leadership on Thursday so that we can dot the ‘i” and cross the ‘t”. Once that is done, the leadership of this House will await the return of Mr. President from the ongoing general assembly and we will meet Mr. President and lay before him the agreement made by this arm of government.

“And we are hopeful and believe that Mr. President will buy into the agreement and with that, I believe this matter will be speedily brought to a close. In the meantime, between and when Mr. President comes, ASUU itself will go back to its members with the resolutions we have come to today to get their buy-in. And I don’t believe there is an issue or a problem from what we discussed. I hope and pray there will not be a problem. Once that is done, I believe we will be good to go. And we will bring this sorry situation to an end.

“I did want to go into the details. They are not necessary at this time. What is most important is that at the end of the day, hopefully, we conclude on what we agreed on today”.

Also speaking, Emmanuel Osodeke, the ASUU President thanked the speaker and members of the House for their intervention into industrial crisis.

Osodeke said: “I think it’s a good development and we are waiting for what they will send to us that can make our members wait. I believe that in the near future, this issue will be resolved.”

Speaking before the meeting went into close door, Gbajabiamila, speaker of the House appealed to ASUU to shift grounds and consequently called off the prolong strike embarked upon by the union in the interest of Nigerian children.

The speaker said the meeting was not to pass blame or find out who was right or wrong but to find short term and long term solutions to the ongoing strike action.

“We are not here to rehearse the issues. I believe everyone in Nigeria knows the issues. Most people are with ASUU, everyone is sympathetic to you. It’s not about emotions today. It’s about a solution. We are here to shift ground both ASUU and the government,” he said.

Gbajabiamila said the only issue on ground was to make sure that students return back to school, adding that the National Assembly as an independent arm of government was in a position to come to a resolution and take significant steps to end the crisis.

“We are here to see how we can close this dark chapter in our nation’s history. There is need for both sides to shift grounds by the Federal Government and ASUU. It should not be about my way or the highway. It should be about give and take. We have to seek to come to a resolution at the end of the day. We have to take a significant step towards achieving that. Both sides must shift grounds if we are interested in our education system,” he added.

Goodluck Opiah, the minister of state for education in his remarks said the strike which started since February 2022 has affected all the stakeholders in the sector and appreciated the speaker’s the intention to resolve the impasse.

“This thought is not out of place at all. It will rather add to what the executive has been doing. President Muhammadu Buhari, in about a week ago granted audience to committee of Vice Chancellors, during which it was resolved to make further consultations with a view to coming out with a wider option to be adopted in resolving the crisis,” he said.

Emmanuel Osodeke, the ASUU National President also blamed the federal government for punishing its members, rather than addressing the issues that precipitated the industrial action.

He accused Adamu Adamu, the minister of education of never attempting to hold any formal meeting with the union since the strike began in February, but was quick to direct the stoppage of lecturers’ salaries.

Osodeke said if the effort at coercing the striking lecturers, through a court process back into classes succeeds in any way, “what kind of teaching will they do? It is like forcing a medical doctor to go and treat a patient”

“I challenge the Minister of education to show that he had called for any formal meeting. I can assure you that in the next 10 years, our public universities will be like public primary and secondary schools. We are meeting with the ministry of education and the committee of pro chancellors and vice chancellors and others. As we are doing this, the same ministry of labour ran to court.