....no kobo is misapplied -NDDC 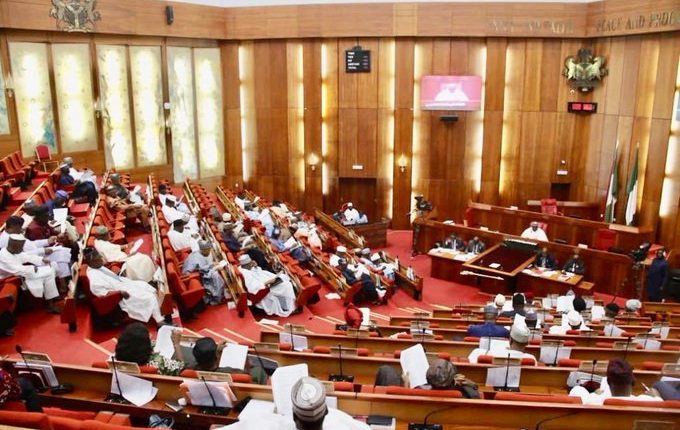 The Senate on Thursday disclosed that the Nigerian police and staffers of the Niger Delta Development Commission (NDDC) shared N3.14 billion as relief for the COVID-19 pandemic.

Adetunbi said the amount figures were contained in documents submitted to the committee by the Managing Director of the Interim Management Committee (IMC) of the NDDC, Kemebradikumo Pondei.

Pondei had admitted before members of the Senate adhoc committee that N3.14 billion was spent by the NDDC on COVID-19. He said the money was paid to the police, NDDC staff, youths, men and women to cushion the negative effects of the pandemic and to avoid violence in the Niger Delta region.

The Senate adhoc committee, Thursday, held an investigative public hearing on an alleged misapplication of N40billion by the NDDC’s Interim Management Committee ( IMC).

However, Senator Adetunbi disclosed that from the records, out of the total sum of N3.14 billion the NDDC IMC spent on COVID-19, N1.5bn was shared among the police, and staff of the commission across the nine states of the Niger Delta region.

Specifically, Adetunbi revealed that N475 million was paid to the police from the money to purchase facemasks and hand sanitizers.

Also, he said N10 million was paid to an unnamed  top management staff of the commission (believed to be the MD) while N7 million each was given to two other senior staff of the NDDC.

Reading further from the documents, Senator Adetunbi said: “the NDDC IMC expended on other issues, including COVID-19, to the total of N81.509 billion, from October 2019 to February 2020, and from February to May 30th, 2020, the reason of this investigation.”

Adetunbi further explained that out of the total N81.509 billion, “the first interim management committee (IMC) spent N22.5 billion from October,2019 to February, 2020 while the second IMC spent N59.1 billion between February and May 2020.”

He said: “It is on this expenditure that the Senate has called for this investigative public hearing.”

Meanwhile, the NDDC has insisted that the “commission has not misapplied any kobo” as being alleged by the National Assembly.

Cairo Ujoguh, NDDC Director of projects while fielding questions from lawmakers stated that the IMC inherited a debt profile of N3 trillion.

“We have no problem with the NDDC but we have a problem with chairman of the Senate committee on Niger Delta. No one kobo is misapplied since the coming NDDC IMC.

“The 2020 budget of NDDC has been hijacked by the two chairmen in the Reps and Senate. We submitted the budget since 2019 and nothing has been done on it.

“We have sacked no staff and all workers on leave have been paid their full salaries. So anyone who said is sacked should bring letter,” Ojugoh stated.

Earlier, Chairman of the Senate Ad-Hoc Committee investigating financial recklessness in the NDDC, Senator Olubunmi Adetumbi in his address explained that “the exercise is not aimed at witch-hunting any individual, groups, persons or institutions, but to rather get at the root of the matter, that will aid in repositioning the NDDC to effectively deliver on the mandate on which it was established, to block leakages of financial mismanagement as well as promote the effective utilization of its resources for the overall development of the people of the Niger Delta region.”

In his remarks, Senate President, Ahmad Lawan has said allegations of financial recklessness and misappropriation of funds leveled against the Interim Management Committee of the Niger Delta Development Commission (NDDC) are unacceptable hence the decision by the Senate to investigate the activities of the Commission.

“Financial recklessness is not an attribute that anyone can afford, whether rich or poor. It is even worse with the poor, or for the organisation or a country with limited resources.

“This is the reason we have always highlighted the need for prudence in the application of public resources. The time when public resources is seen as nobody’s resources is long gone.  We are in trying times, when we all have to be concerned about judicious use of scarce incomes,” Lawan stated.