…Party insists nothing has changed 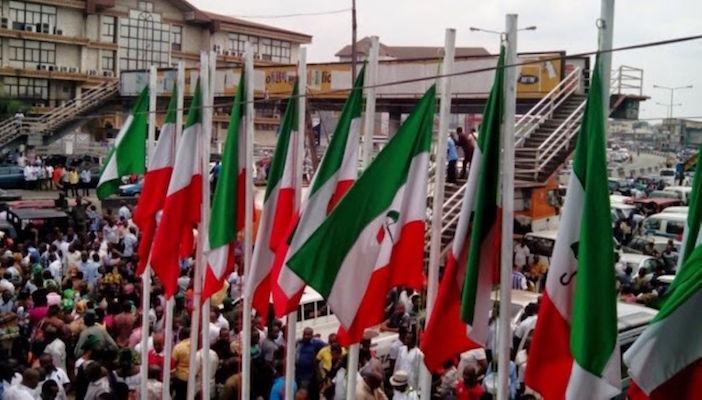 Reactions have trailed the Supreme Court judgment that held that the appeal bordering on ad hoc delegates who emerged from the Governor Godwin Obaseki-led group and the pro-Dan Orbih’s faction is not capable of being decided by the court because it is an intra-party affair.

The apex court had on Friday morning delivered judgment on an appeal seeking to authenticate the ad hoc delegates who emerged from the congresses conducted by Orbih faction and to invalidate the other carried out by Governor Godwin Obaseki group.

BusinessDay reports that during the congress to elect ad hoc delegates across the 192 wards that was conducted in April 2022, two factions emerged with one loyal to Governor Godwin Obaseki while the other group was supporters of Dan Orbih, the South-South national vice chairman of the party.

The crisis subsequently led to factional primary elections that gave rise to various candidates vying for the 24 seats of the state house of assembly as well as the national assembly.

Speaking with BusinessDay in Benin City after the Supreme Court’s verdict, Hillary Otsu, secretary of the state chapter of PDP, said nothing has changed except there was an order to remove those names on the Independent National Electoral Commission’s (INEC) list.

“The only thing that can change the status quo is if those matters get to the Supreme Court and they ruled against us that we were not supposed to conduct primaries and direct INEC to remove those names.

“It is a party affair. What did the party do? The party conducted a congress, we went through the process and I, the secretary of Edo State chapter of the party, wrote to the Independent National Electoral Commission (INEC), which is what the constitution says and INEC went to the venues I gave them and they monitored what we did. And the list they collected from the field tallied with what we sent to the national secretariat.

“The procedures or guidelines for conducting congresses and primaries state that the party will communicate to INEC, inviting INEC to monitor congresses and primaries. In the constitution, the authority vested on the different members of the State Working Committee (SWC) describes their functions. And the conduct of correspondences between the party and third party is strictly the secretary’s function. I wrote the relevant letters to INEC and security agencies to monitor the primaries,” he added.

However, Anslem Ojezua, one of the leaders of the umbrella party, said the judgment reemphasised that the party is supreme in his own affairs, noting that “when there are rules, people cannot just operate arbitrarily and expect the court to endorse that behaviour, I think that is the lesson we have learnt.”

Speaking on the list of candidates that was published by the electoral body, Ojezua said: “The recent judgment delivered few days ago at the Federal High Court in Benin was a final judgment and that judgment supersedes the interim order earlier given by the same court in Abuja. So, I expect that upon receipt of certified copy of that high court judgment, INEC will certainly adjust their list accordingly.

“If you notice in the first list they published, it was clearly stated that they published it on the order of a court. So, if the same court has made a judgment that is different, then they will adjust their list to suit the judgment. The next thing is for the party to prepare for the election

Ojezua, therefore, urged the candidates of the party to prepare for the various positions in the forthcoming general election.

Recall that a Federal High Court in Benin City, presided over by Justice Saleh Shuaibu, recently ordered the Independent National Electoral Commission (INEC) to recognise and publish the names of candidates produced by Governor Obaseki’s faction of the state PDP as the validly elected candidates of the Edo State chapter of the party in the 2023 elections.