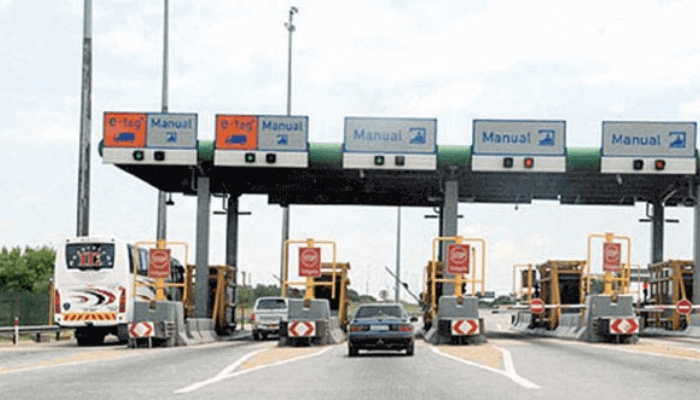 Apparently worried by the porosity of Nigeria’s international borders with the Republic of Benin, Niger Republic, Chad and Cameroon, the governorship candidate of Allied People’s Movement (APM) in Ogun State in the last general elections, Adekunle Akinlade has appealed to the Federal Government to tighten Nigeria’s international border posts as part of measures to prevent land border importation of Coronavirus pandemic.

The appeal came on the heels of a recently imported Coronavirus case reportedly from Togo returnees who came into the country through the Imeko-Afon international border in Ogun state with the Republic of Benin, last week. Three of ten returnees that were on their way to the northern parts of the country were reported to have tested positive for COVID-19.

Adekunle Akinlade, who is now a chieftain of the All Progressives Congress (APC) in Ogun state, noted that Nigeria as a country had fought the first stage of importation of COVID-19 through the closure of airports and strict regulation of seaports, but claimed that the porosity of the international land borders might be a second stage of the battle against COVID-19 which must be tackled effectively.

Speaking through Azeez Adelani, his media assistant in Abeokuta on Monday, Akinlade declared that needed isolation centres and testing laboratories should be located at Nigeria’s international land borders in addition to all the intelligence and security mechanisms being installed around the borders in order to prevent indiscriminate movement of the people who may want to import the deadly virus into the country.

“I will like to draw our attention to a possible danger that is being ignored or overlooked. Like the other 101 Local Governments in 21 States bordering the nation, Ipokia, Imeko-Afon, Yewa South, and Yewa North Local Government areas of Ogun State are potential windows to the ‘importation’ and spread of Covid-19 in the country. This is because of the porous nature of our borders.

“It is a known fact that the majority of Nigerians from border communities live and trade in neighbouring countries like the Benin Republic, Niger among others. They cross between those states with ease thus with the global economic meltdown, occasioned by COVID-19, many Nigerians are returning home in their hundreds through those unmanned routes,” he noted.

He said that with the uncontrollable rate at which COVID-19 is spreading, many of those returnees may be infected, thus exposing local communities to the virus through community infections. He pointed out that the challenge “is that we cannot stop them from returning home”.

“However, with a well-structured indigenous public awareness campaign, we may be able to get those returning to voluntarily submit themselves for screening and test. This can further be done by domesticating the entire care process and setting up isolation centres in each of those Local Governments to encourage trust,” he pointed out.

“It is important that we deploy considerable resources to manage this window because governments, both at state and national levels are struggling to cope as it is.

“This approach will not only enhance efforts made so far, but it will also reduce a possible second wave of the pandemic in the nation,” Akinlade said.