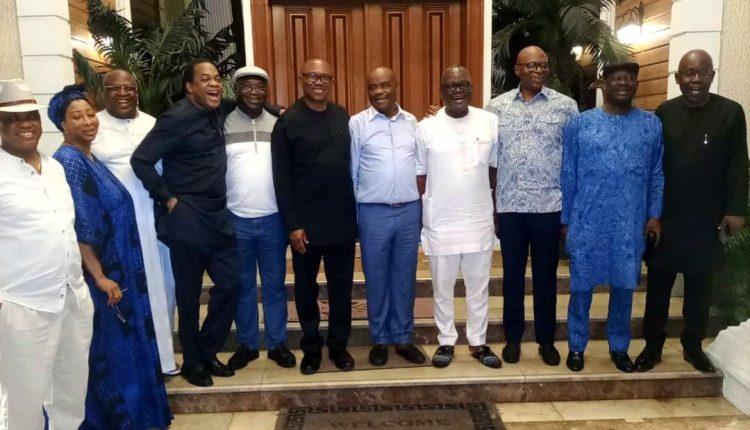 Nigerians on Twitter are excited at the recent meeting of some political leaders with Peter Obi, the presidential candidate of the Labour Party.

The photo was also shared on by Ikpeazu and Dankwambo.

“The search for better Nigeria requires that we all unite to share ideas and work together regardless of political differences. It’s our country’s peace and prosperity that matter to the majority of Nigerians and every leader must think along that line and engage to realize that,” the Abia Governor tweeted along with the photo.

“With my brothers from Across the Niger,” Dankwambo tweeted.

Reacting to the photo, Nigerians hailed the politicians spectating that they making the ‘third force’ stronger.

“All this men in one meeting? Third force becoming a reality finally. I hope to see @HEDankwambo return to main stream politics really a fine politician,” Alex Obe, commented.

“Seeing Duke alone in this picture gives me joy.
This is democracy. Let’s have Nigeria back.
Interest of the masses above selfish interest. 2023 will sure bring back hope to graduates, market men and women, traders, students, etc and that is possible through this kind of movement,” Iponle Joseph commented.

Behold the team that will boost LP by the end of this year. Change is coming like a hurricane,” JOnuchima tweeted.

A video showing a speech by Duke purported to be from the event was also shared on the thread.

In the video, the former governor discribed the current leadership in the country as a disgrace.