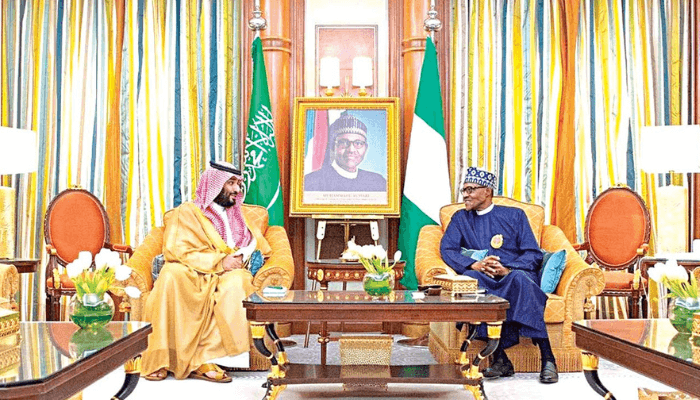 To end the low trade and investment between Nigeria and the Kingdom of Saudi Arabia, both countries have concluded a bilateral talk with significant outcomes of improved negotiations and signing of MoUs on defence, security, human trafficking, and others.

The pact is also designed to enhance joint cooperation and deepen the existing relationship between the them.

The two countries officially signed the MoU at the end of the 3rd day of the Second Session of the Saudi – Nigerian Joint Committee meeting in the nation’s Federal Capital Territory, Abuja.

In his speech, the Saudi Deputy Minister of Environment, Water and Agriculture, Ahmed Elkhemshi, explained that the agreement was to develop cooperation in economic, social and cultural fields, which was built on civilizational background since ancient times.

According to him, it is also for common understanding to achieve the interests of the two countries and enhance cooperation between them, in addition to the advanced relations between the two nations to complement the role and link bridges of communication between them.

“The Governments of the two countries hope that these meetings will be an appropriate means to review performance, evaluate implementations, develop appropriate solutions to address obstacles to what has not been implemented, and amend the path towards achieving the desired goals of bilateral cooperation between the two countries,” he said.

“During the past two days, I had the honor to see the efforts made by both parties during the meetings of the technical preparatory committee for this Session, in which the two sides were keen to reach practical and realistic recommendations and proposals to enhance this cooperation, and to put in place an appropriate mechanism for implementation and continuous follow-up, which resulted in the Minutes of the Session comprising a number of recommendations for cooperation in all fields, and the agreement to resume discussions of a number of memoranda of understanding that will see the light soon.”

Elkhemshi expressed optimism that the recommendations of the Session would be subject to implementation and development, to contribute in deepening relations between the two countries in various fields, especially economic and trade cooperation for the benefit of all.

A large number of Nigerians visiting Saudi Arabia for Hajj and Umrah notwithstanding, the volume of trade between the two countries remains very low.

In his address, Zubairu Dada, Nigeria’s Minister of State for Foreign Affairs, affirmed that the conclusions and the outcome of the Session would go a long way in uplifting and advancing the existing level of their bilateral relations for the mutual benefits of their people.

Zubairu said that Nigeria looked forward to the Third Session to be held in Riyadh, Saudi Arabia, at a date to be mutually agreed by the two brotherly countries, through diplomatic channels.

“I am happy to learn that the discussions of these drafts held under three broad Working Groups, covering the fields of Education, Culture, Youths, Sports, Defence, Security, Drugs and Human Trafficking, Economic, Trade and Investment, Hajj, Labour, among others, were fruitful,” he said.

” I wish to commend our experts for the good work done. Nigeria is honoured and pleased to have hosted the current Second Session of the Nigeria – Saudi Arabia Joint Commission.”