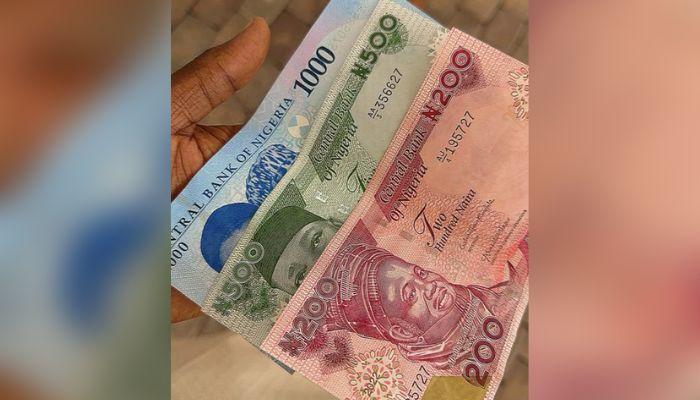 Barely one week to the January 31 deadline for old 1000, 500 and 200 naira notes to cease to be legal tender in Nigeria, the scarcity of the redesigned new banknotes is persisting, especially in remote communities across the country.

BusinessDay surveyed ATMs and markets in some local communities in Lagos and the Federal Capital Territory and found that most ATMs in the various areas are still dispensing the old naira notes and about 95 percent of transactions are still done with the old notes.

During a visit to Bwari community, Dutse, in Bwari Local Government Area Abuja, and Kabusa district, cash in circulation were still the old notes.

In Bwari, only one ATM was dispensing new notes, with a consequential crowd of anxious bank customers, waiting in queue to withdraw new notes.

“Most of the ATMs here are still dispensing the old notes and the few that have new notes have large crowds,” said Joy James, a resident in the Lokogoma district of Abuja.

“Anytime I lay my hands on any new note, I keep it, I don’t spend it at all because I don’t want the old notes to get stuck in my hands,” she said.

At the Mile-12 Market, Lagos, it was observed that bulk transactions were still done in the old notes while ATMs along the road down to Owode Market on Ikorodu road were all dispensing the old notes.

“I used the ATM on Saturday and also this morning but it is still dispensing the old naira notes,” Isaac Chukwu said.

The Central Bank of Nigeria (CBN) had given a directive to all money deposit banks in the country to load their ATMs with the new notes and threatened sanction for failure to do so.

In Abuja, residents, including business owners are becoming increasingly reluctant in accepting the old notes, while those who manage to obtain the redesigned notes are hoarding them.

Ezennaya Beatrice, a petty business owner in Bwari, lamented that most of her customers still patronise her with old notes which forces her to frequent the banks to deposit the money or go to the market to get rid of the money.

“The new notes are scarce here. ATMs and POS are still dispensing old notes. Some people have the new notes but are not spending them. Very few people patronise me with the new money. The CBN needs to extend this deadline because most citizens cannot make it, “she urged.

Kunle Adeniyi, a government employee in Abuja also lamented that the new notes were still scarce despite the deadline fast approaching.

“I had expected that by now, this money should be everywhere, but that’s not the case. Even N200 is very scarce among public transporters and it is even the most common denomination among local transporters, yet, you can’t find it. I hope banks pump in new notes aggressively, many of us may not meet up,” he cried.

Also, a business owner in Bannex, Abuja, said he hardly spends his new notes except when necessary. “For instance, today, I needed to give my customer a cash balance, but I gave him all the old notes with me, he protested, but I insisted,” he added.

Meanwhile, a popular eatery, Chicken Republic has announced that it would no longer accept the old notes from January 26, 2023.

On its official Instagram handle, the eatery wrote, ” Important notice: Dear Customer, in line with the Central Bank of Nigeria directive, Chicken Republic will stop the collection of old naira notes (N200, N500 and N1,000) from January 26 2023.

“We will accept new notes and all existing electronic payment means. Thank you for your understanding, Chicken Republic Management.”

Meanwhile, the CBN has insisted that from January 31, the old notes will cease to be legal tender in the country.