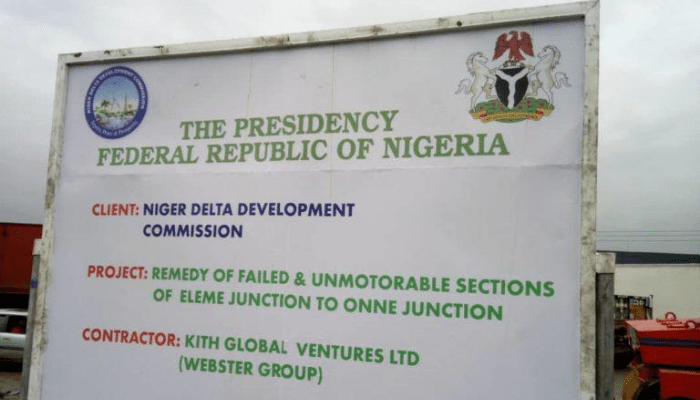 A firm, Webster Global Ventures, has described its inclusion in the list of companies that the National Assembly allegedly coerced to be paid by the Niger Delta Development Commission (NDDC) for contracts not executed as a deliberate effort to destroy the company’s reputation.

The company described the statement credited to the Acting Managing Director of the NDDC, Kemebradikumo Daniel Pondei, as false, inaccurate, and misleading.

In a statement made available to journalists in Lagos, the company said that the National Assembly never influenced any payment made to the company by the NDDC.

Director of operations of the company, Opeolu Adarae, said the company completed all projects handed to it and had never been involved in fraud in its 20 years of existence.

“We are a company of international repute. No one should dent our image. The National Assembly never influenced any payment made to our company, because we completed all projects handled by us.

“We have been in existence for 20 years. We have never been involved in fraud. Nobody gave us recommendations. The company does not have any business with the National Assembly. The Executive Director, Project of the NDDC, Cairo Ojuogboh inspected the project we completed and certified it,” he said.