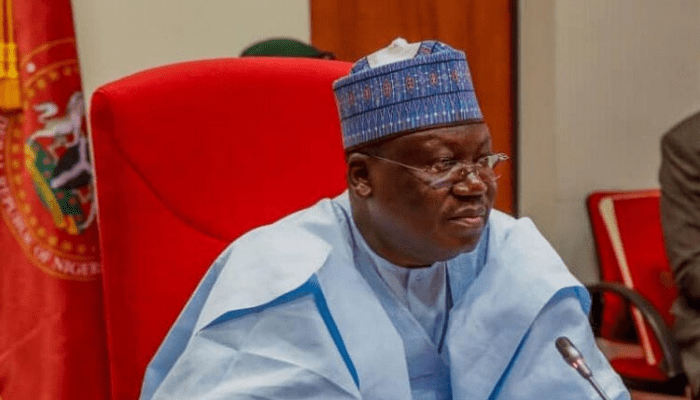 The National Assembly says it is working to ensure the passage of the Petroleum Industry Governance Bill (PIGB) before the end of 2020.

President of the Senate, Ahmad Lawan stated this at the validation and public presentation of the National Institute for Legislative and Democratic Studies (NILDS)/Nigerian Natural Resource Charter (NNRC) toolkit for the Nigerian legislature to support engagement with the extractive industry in Abuja on Wednesday.

Lawan said that the petroleum industry “is almost stagnant and for long needing profound reform”, saying, the legislative guide on the extractive sector was coming at a very important time when oil revenues are dwindling, a fact made worse by the coronavirus pandemic.

“This further accentuates government’s drive to diversify the economy from oil and the extractive sector presents immense opportunity in this regard. Nigeria has huge reserves of mineral resources. Over 450 mineral occurrences have so far been documented.

“More than 30 of them occur in commercial quantities in different parts of the country. Despite this abundance, the solid minerals sub-sector of the extractive industries is largely underdeveloped.

“According to the National Bureau of Statistics, in 2016, this sector contributed only 0.45 per cent to Nigeria’s GDP in the third quarter of 2013 (NBS). This is in sharp contrast to the sector’s contribution of 4-5 percent contribution to GDP in the 1960s-70s.

“This fades into insignificance when compared to other African countries such as Botswana, Democratic Republic of Congo and South Africa where mining contribute 40, 25 and 18 percent to the GDP respectively (DPRS & MMSD, 2017)”, he noted.

The Senate president said that realising the potentials of the contribution of solid minerals to Nigeria’s economic growth, the Federal Government in 2015, identified the sector as one of the key sectors to drive the desired diversification of the Nigerian economy.

He noted that the governance of the extractives sector was an integral component of transforming resource wealth into development and citizen wellbeing, assuring that the legislature has an important role to play in achieving sustainable and effective governance of the sector.

“In the exercise of its powers, the National Assembly has enacted several laws since 1999 to promote governance of the extractive sector. These include: Niger Delta Development Commission Act, 2000; Nigeria Minerals and Mining Act (NMMA) 2007; the Nigeria Extractive Industry and the Transparency Initiative (NEITI) Act 2007.

“In the 9th Senate under my leadership, we have passed the Finance Bill, the Deep Offshore and Inland Basin Production Sharing Contract (Amendment) Act 2019 (Act), which President Muhammadu Buhari assented to on November 4, 2019 and the Public Procurement Act (Amendment) Bill”, Lawan added.

Earlier, the director-general of NILDS, Abubakar Suleiman said that through their law-making functions, legislators could support the passage of laws or other instruments that create an enabling environment for sustainable and accountable management of oil and minerals.

According to Suleiman, this underpins the collaboration by NILDS to develop a toolkit for members of the National Assembly on how to ensure effective governance of the extractive sector in Nigeria through their law-making, oversight and representative functions.