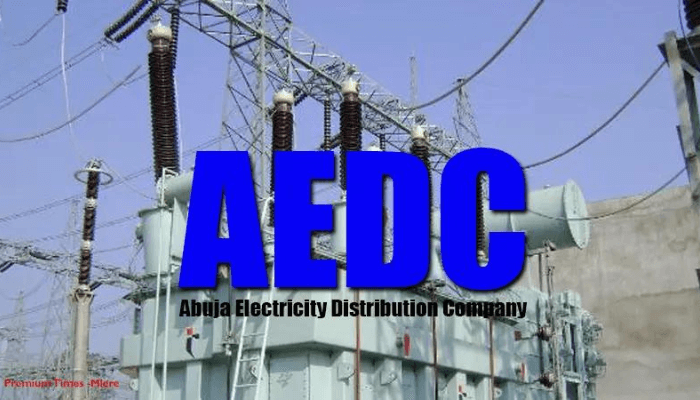 Youths in Lokoja and some residents in the Confluence city are planning to stage a mass protest against Abuja Electricity District Company (AEDC) over huge and rising electricity bills distributed to customers who live in residential areas.

BusinessDay reports that for the past three months the electricity bills have been hiked every month with at least 30 percent increment.

Occupants of ‘face me-I-face’ you one room apartment now pay as high as N12,700 from the initial N5, 700 that was paid five months ago, while those in a two-bedroom flat also pay N12,700 as bill each month.

To worsen the situation, our investigations revealed that the AEDC has equally devised a means of getting more revenue by separating customers in a building and giving each of them separate bills of #12,700 each which ordinarily supposed to be shared among the occupants of the building.

Our correspondent visited a compound located at No12 J J Street, behind Ava Hotel Lokoja where there are some few flats of residence and discovered that in that compound alone, the residents who are mostly low income earners are made to cough out over N380,000 a month on electricity bills as one- storey building which used to pay a bill of N8,700 now pays over N50,000 a month.

This is because each occupier of a flat in the one – storey building has been given as separate bill of over N12, 700 each while a building housing a two bedroom flat and three face me- I face you room apartment are also being separately given a bill of N2,700 each instead of the N5,700 they were paying in May.

Our correspondent also learnt that the electricity bills kept on increasing since June when there was a slight improvement on the supply of electricity as there is always a N2,000 increment by each month without consideration to the biting economic hardships of the people.

It was learnt that several customers who went to complain at the AEDC office were turned back on the excuse that the Abuja headquarters of the transmission company was the one that gave the blanket monthly increments as they were helpless over the matter.

This, it was learnt, has angered some customers as some youths, comprising Kabawa and Ganaja youths are planning to stage a mass protest any moment from now to compel AEDC to review the electricity bills.

One of the aggrieved customers, Anjara Danladi who spoke to our correspondent over the incessant hike in the electricity bills, said the bills brought was too harsh and anti-masses and did neither commensurate with the supply of the electricity nor did it put into cognisance the economic hardships of the customers and urged the AEDC management to immediately review hike or face the wrath of the people.

However, when our correspondent visited the AEDC office along IBB Way near the UBA, a woman who identified herself as Folashade and head of Customers Care Unit said the bill has come to stay and that the customers have to bear the cost since for the weeks the electricity supply has been slightly improved.

When asked how the electricity bills kept on increasing every month with at least N2,000 citing the bills of June that was N8,700 per an apartment to N10,700 in July and now N12,700 by August, she said the bills may even increase to N15,700 by September and by December it may hit N20,700 saying since the people demanded for improvement in electricity supply, this is the price to pay for it