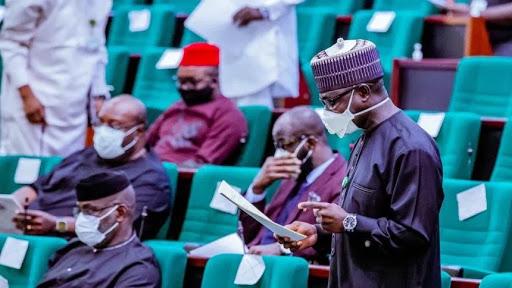 The House of Representatives Committee on Public Account said its investigation of the National Social Investment Programme (NSIP) of the Federal Government has nothing to do with the Office of the Vice President.

Chairman of the Committee, Wole Oke who stated this Tuesday when the Permanent Secretary, Federal Ministry of Finance appeared before the Committee said the Office of the Vice President was only responsible for policy formulation and monitoring of the programme.

Oke said, “By our records, the Office of the Vice President is responsible for policy formulation and monitoring of the National Social Investment Programme. Issues bordering on procurement was handled by the Ministry of Budget and National Planning which has now been merged with the Ministry of Finance.

“We have it on record that the Ministry of Budget and National Planning handled all issues of procurement from 2016 to September 2019 when the Ministry of Humanitarian Affairs was created.

“Our request is for the Ministry of Budget and National Planning to make available all relevant procure records for the various items under the NSIP. Our investigation has nothing to do with the office of the Vice President but the Ministry.

“Our interest now is on the Home School Feeding programme and that is what the Ministry to give us records of procurement. Nobody should make mistake about that and our mission.
“We are not available for anybody to use to malign anybody. We want to put that on record that we are not investigating the office of the Vice President.”

The Committee directed the Permanent Secretary in the Ministry of Finance, Olusola Idowu and his team to liase with a three man adhoc Committee to reconcile it’s audit queries and report back.

This was just as the management of the Federal Inland Revenue Service (FIRS) represented by a Director, Innocent Ohagwa said the agency paid out over N28 billion as tax refund to over taxed Nigerians between 2014 and 2016.

The Auditor General in a query demanded that a comprehensive list of beneficiaries be made available by the FIRS or the money be refunded to the Consolidated Revenue Fund of the Federation and evidence made available.

Ohagwa therefore told the Committee that in 2014, about N11 billion tax refund was accessed by the agency, out of which N10 billion was received from the Accountant General’s office and paid to the beneficiaries in 2014, while N2.5 billion and N15 billion was paid in 2015.

He said the FIRS has about 116 queries from the office of the Auditor General of the Federation to respond to for the period between 2015 and 2017, stating that the the Committee has set up sub Committees to study their presentations and make recommendation.

The Director General of the agency, Alex Oko said the agency was not responsible for the sales of government landed property, but the privatisation of government owned enterprises and transfer the proceed to the the Consolidated Revenue Fund of the Federation.