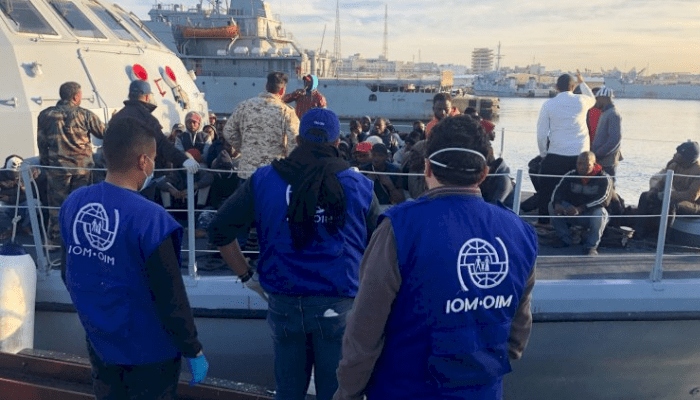 As part of efforts to checkmate human trafficking and irregular migration in Nigeria, the authorities of International Organization of Migration (IOM) says it has established legal hub to render free legal services to victims.

Aigbeze Uhimwen, senior project assistant of the agency made the disclosure in a goodwill message shortly after a 5 kilometres sensitization walk held in Benin City, Edo State in collaboration with National Agency for Prohibition of Trafficking In Persons (NAPTIP), United Nations High Commissioner for Refugees (UNHCR) among others.

Uhimwen, said the sensitization walk was to mark the World Day Against Trafficking in Persons 2021 with the theme, “Victims’ Voices; Lead the Way.”

He added that the legal hubs are already established in Edo, Delta and Lagos states.

He said the legal hubs worked with states, international partners or actors in the fight against human trafficking to render legal services on pro bono to victims.

“We are happy for the collaborative effort. On IOM side, we are happy because last year by this time we had already established a legal hub through collaboration with our partners.

“That legal hub offers pro bono services for victims of trafficking. It was set up for easy access to justice, information and services. The legal hubs works with the various states judiciary and security agencies like the police”,he said.

He however, appealed to members of the public to always provide the necessary information to the agency about any human trafficking, noting that with collaborative efforts it can be defeated.

On its part, the United Nations High Commissioner for Refugees (UNHCR), urged youths to travel legally and the right routes.

Unyime Johnson, UNHCR associate project officer, noted that reports from stakeholders and Nigerians who have returned home indicated that there are an increasing number of migrants desperate to leave the country by any means to escape dire socioeconomic and security challenges.

She opined that most of the migrants are bound for Europe due to lack of information and misinformation by highly connected personalities.

She said the development resorted to irregular migration and increase in trafficking cases as the personalities took advantage of their dire situation to lure them into facilitating their travels to Europe via the North African countries of Algeria, Morocco, Tunisia, and in particular Libya.

“Although the Federal Government of Nigeria (GoN) has put in measures to counter trafficking in persons (TiP), Nigeria remains a country of origin, transit, and destination for human trafficking.

“Driven by the demand for cheap labour and commercial sex, trafficking rings across borders and within countries capitalize on economic, social and political vulnerabilities to exploit their victims.

“To further support and complement the efforts by the Federal Government, there is need for more collaboration among key government institutions, the civil society organization, and the United Nations in sensitizing the communities on human trafficking issues and where victims of trafficking (VoTs) can receive or assistance and access to justice services”,he added.

Also speaking, Chidiebere Ifudu, NAPTIP, zonal commander, Benin, said the sensitization was geared towards raising awareness about human trafficking, including where victims can seek help in Edo State as well as to
promote social cohesion and address challenges such as stigma faced by victims.