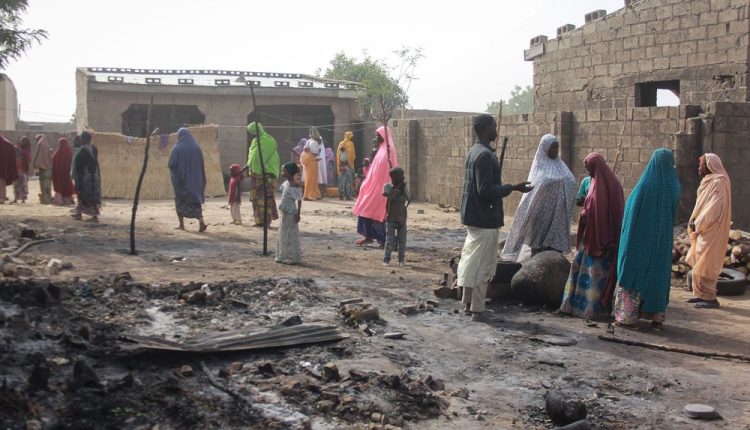 Total casualties from insecurity in Nigeria took an alarming turn in June with at least 731 innocent citizens killed in violent attacks compared to 356 killed in the previous month, particularly in northern Nigeria, a report has shown.

A breakdown of the report released by NigeriaMourns, a Civil Society Organisation, on Thursday revealed that 309 deaths were attributed to banditry attacks, terrorist attacks accounted for 215 deaths, while the number of those killed by Boko Haram took an alarming turn, compared to 27 deaths the previous month.

Insecurity and killings continued to worsen despite claims by Nigeria’s security agencies of successfully routing organised criminal groups, killing over 166 terrorists in June. These number of killings in a single month is also higher than the total number of deaths from COVID-19 in the country.

Whilst juxtaposing the violent killings in 2019 and the trajectory of killings in 2020, the report disclosed that in 2019, Nigeria lost 3,188 lives to mass violence, and in just the first half of 2020, the country has lost at least 2,503 persons.

“Particularly devastating was Boko Haram’s attack on Gubio, Borno state, which led to 81 deaths. It took less than two hours for the attacking gunmen to kill more people in than Covid-19 reportedly had in the past 3 months throughout the state. As at the time of documentation, thirty-four (34) deaths had been attributed to Covid-19 in Borno”, the report read.

The report notes that a little over 590 lives have been lost to Covid-19 since its first recorded case in Nigeria in March, but said at least seven 731 lives were lost to insecurity in June alone in spite of the number of years and resources annually deployed to security in Nigeria.

It warned that Nigeria is in an existential battle for its own soul and the factors that continue to contend against it have recently been further complicated by the Covid pandemic.

The report further notes that the onslaught against security forces also continued unabated. “For instance, in a viral video, Boko Haram terrorists executed a soldier identified as Corporal Emmanuel Oscar, and a policeman, Inspector Yohanah Kilu.While they are tasked with the protection of lives and property, their own lives matter too and are deserving of protection. The continued trend in which security officers are ill equipped to ward off insurgent attacks remains unacceptable and in need of citizens demanding accountability”, the report read.

The report notes that these numbers and incidences of organized mass killings in June underscore the frailty of security in Nigeria and foreshadows the vulnerability of Nigerians and the widespread terrorism nationwide.

“A critical question therefore is how best can Nigerians hold government accountable to fulfilling its constitutional obligations to ensure the security and welfare of all Nigerians from insecurity and the virus – both of which are inimical to the peace, unity and progress of Nigeria? “, the report queried.