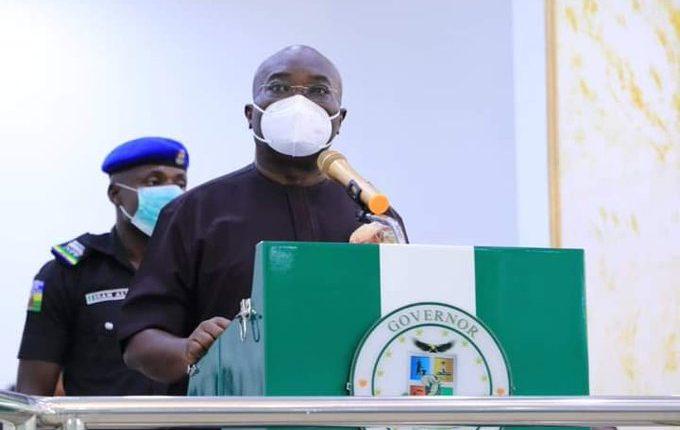 The artisans attacked firemen, beat them up and destroyed their only operational fire truck when they went there to extinguish some portions of the market that caught fire on Monday morning..

Angered by the unfortunate incident that could have led to loss of life, Governor Ikpeazu also ordered immediate suspension of the market chairman and all members of the market’s management committee.

Anthony Agbazuere, chief of staff to the governor, in a statement, explained that the police and other security agencies have been called upon to arrest all perpetrators of the illicit acts for prosecution.

Okezie Uche, Aba zonal commander, Abia State Fire Service, in a telephone interview described the incident as unfortunate, noting that they escaped death by the whiskers.

He explained that the shoemakers attacked them, destroyed their vehicle and injured them without any form of provocation, except that they were called to come and extinguish raging fire, which is their duty.

“We got a call about a fire outbreak at shoe plaza in Ariaria area of Aba. They didn’t allow us to do our job, when we got there, rather they started beating us, stole our phones and destroyed our vehicle. I don’t know what they expected from us.

“These people started beating us while the fire was still razing, if not for the Police that came to our rescue, we would have been dead by now. They beat our driver beyond recognition, while one of our men got his arm broken,” Uche said.

The destroyed vehicle is the only functional fire-fighting vehicle in the whole of Aba Zone, which comprises nine local government areas.

The bigger vehicle used for fire fighting in Aba zone has been bad since October 2019 and is still parked at the premises of the Abia State Fire Service, Aba Zone, at Constitution Crescent.

Some traders who spoke to our reporter regretted the attack on the firefighters, but went on to say that the attack may have occurred because some people felt that the firemen came late to the scene of the incident.

Ikechuckwu Ugali, a trader at the market, described the attitude of the shoemakers as barbaric, labelling them unreasonable and inconsiderate.

He stated that the attack was unwarranted as the firefighters may have found it hard to navigate their way through gridlocks to get to Ariaria.

“For me, those who attacked the firefighters must be apprehended. Maybe, they had a hand in the fire. How can some group of people attack firemen on duty? They were called and they managed to navigate their way through the difficult traffic and got to the place, only for them to be attacked. Police should get everybody involved in the attack arrested to serve as deterrent,” he said.

Recall that the firemen were also attacked early this year around Urata axis of Aba, off Port Harcourt Expressway.