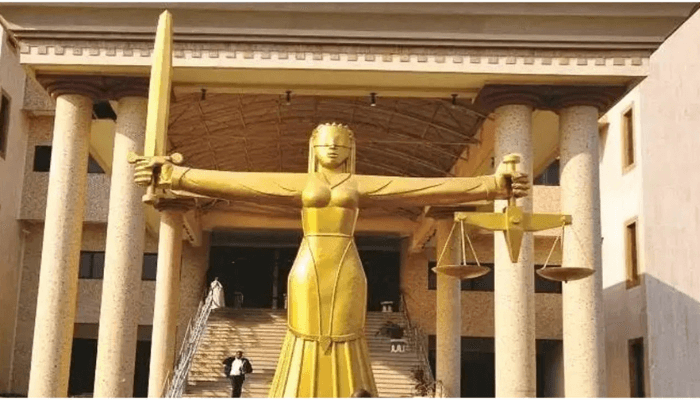 The negative portrayal of Akwa Ibom State and the judiciary in a bid to drag the reputation of the people in the mud has attracted the attention of many groups following a court case instituted by lawyers against the Chief Justice of the State, Ekaette Fabian Obot.

A senior lawyer, Femi Falana has filed a case against the chief judge of Akwa Ibom demanding the release of the Certified True Copy of the judgment which she delivered in the contempt charge against human rights lawyer, Iniebehe Effiong on July 27, 2022.

Effiong is currently serving a one-month jail term following his committal by the Chief Judge over contempt when he appeared before her in a libel suit against Governor Udom Emmanuel.

One of the groups, Akwa Ibom Integrity Alliance in a statement made available to the media, said it was “deeply grieved by the continuous projection of Akwa Ibom State and the State judiciary in negative lights by persons who are deliberately out to drag the reputation of the people of Akwa Ibom State in the mud.’’

Chairman of the group, Stephen Abia said the legal processes adorning the media space was “completely,” misplaced, while expressing the group’s sympathy with Iniebehe Effiong on his predicament.

“Femi Falana and others need to be reminded that Effiong is not under detention of any sort, rather serving a jail or prison term. Having made the instant conviction, the judge is naturally functus on that matter. Is fundamental right enforcement the appropriate option at this point? Is it not commonsensical that the right of a convict terminates the moment he is convicted, and would only be exhausted on appeal?” the group wondered.

According to him, the current move is summarily an abuse of the court process.

He said the allegation that the Chief Judge has refused to release the Certified True Copy of the court proceedings is clearly only within the imagination of the speculators, adding that lawyers know the realities on ground as they know how to get court proceedings.

“Why the lawyers led by Falana are out to sue the Akwa Ibom State chief judge beats one’s imagination. Was it right for the young lawyer to question the constitutional majesty of the court? We are even so moved to ask whether judges in other parts of the country are usually sued for delivering judgments when such are not in favour of a certain party.

‘’The media-hype-style of litigation commonly associated with some lawyers at the point of filing proceedings and nothing more, is only meant to deceive the masses and laymen and again play to the gallery,” the group said.

He urged the security agents to take a cursory look at those who choose to be hiding under the guise of politics to plot mayhem in the state, adding that some hoodlums might be behind threats text messages to perceived opponents thereby endangering the peace in the state, pointing out that such persons should be fished out and the masterminds brought to book.