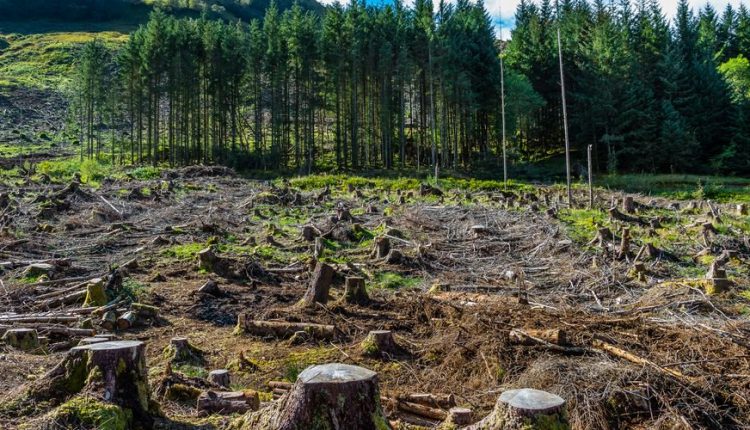 A group, Rethinking Cities, has raised alarm over continued deforestation and encroachment on wetland in the country.

Speaking during a tour of some encroached wetland in Lagos, the founder of Rethinking Cities, Deji Akinpelu, blamed encroachment on wetland and deforestation for the flooding being experienced in states across the country.

Akinpelu warned that deforestation had become a danger due to increasing urbanisation, adding that the group has begun sensitisation campaign to create public awareness.

“What we intend to achieve is to help address the challenges of urbanisation in Nigeria and Africa; the cities are fast developing, people are moving to the cities every day and challenges are cropping up. We can’t fold our hands and watch, we have to do something or else fast.

“One of the major causes of this is that the wetlands that supposed to store this water has been taken over for building,” Akinpelu said.

He further urged state and federal governments to promulgate laws to check the act.

“Government at all levels must enact laws that would check deforestation and encroachment on wetland; we are interested in finding solution to this problem; areas meant for wetland and public recreation should be preserved for such,” he added.

Also speaking at the event, the general manager of Lagos State Park and Garden Agency (LASPARK), Bilikis Akinbiyi-Abiola, said that the agency was working to check flooding in the state by safe-guarding wetland.

Abiola warned against deforestation and indiscriminate felling of trees.

According to her, “we are stepping up effort to safe guard our wetland and check deforestation across the state, the wetland are under treat; we would turn some of them to conservation centres just like we have in Lekki, this would boost tourism.