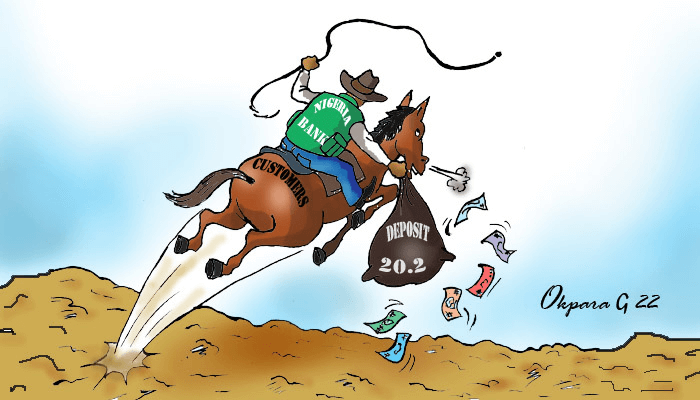 The Ministry of Transportation says construction of the Abuja-Kano and Port-Harcourt-Maiduguri rail projects is held back by the federal government’s delay in securing the 85 percent foreign loan meant for the project.

Mua’zu Sambo, the minister of transportation, said this while addressing newsmen on Friday in Abuja.

NAN reported that the 85 percent loan meant for the rail project was expected to come from Chinese financiers.

According to him, the projects, which are on-going, are being run through appropriation funds.

“The Abuja-Kano and Port-Harcourt-Maiduguri rail projects are on-going but there is a challenge of the 85 percent foreign loan yet to be secured,” he said.

“We have been driving these two projects solely through appropriation, which is part of the 15 per cent which Nigeria is supposed to contribute.”

“Indeed, I can tell you for sure that with respect to the Kaduna-Kano rail, we have paid completely to the contractor the 15 per cent obligation of the Federal Government.

Until we have the 85 percent component, the project will have to be continually funded through the appropriation.” He added.

Ngige not confident over his choice for Tinubu

Chris Ngige, the minister of labour and employment, appeared unsure and unconvinced about who should be the country’s president in February 2023.

The Minister refused to openly support the party’s candidate, Bola Ahmed Tinubu, over Peter Obi, the candidate coming from his home state of Anambra.

Speaking on Channels Television’s Politics Today on Friday, Ngige, a member of the ruling All Progressives Congress, said he will make his choice on the ballot.

He said he’s not active in politics for now because he is facing a national assignment. He replied when asked about who should be his preferred candidate between the APC’s Tinubu and the Labour Party’s Peter Obi.

“Both of them are my friends. My choice will be in the ballot box. It is a secret ballot. I shouldn’t tell Nigerians what I would do secretly. ”

In his defence, he acknowledged that both candidates came into governance at a time when their states needed good leadership and a proper foundation for infrastructural development. He agreed that Tinubu performed incredibly well in Lagos and laid “a solid foundation” for the state, an argument that has become a rallying cry for his supporters.

Construction of Lekki airport to begin in 2023-LASG

As part of its modernisation plan for Lagos State, the Lagos State Government has unveiled plans to begin the construction of an international airport in Lekki in 2023.

According to tweets by Jubril Gawat, the spokesperson for the Lagos State Governor, made available on Friday, the information was disclosed by the Special Adviser to the Governor on Public-Private Partnerships, Ope George.

“He revealed that Governor Babajide Sanwo-Olu-led government has sought and obtained approval from the Federal Government for the construction of the new airport in Lagos,” Gawat said.

“The project is expected to take off in the year 2023, it will be constructed on 3,500 hectares of land, master plan & aeronautical designs are in place; while studies are ongoing about strategies, funding & other issues, after which the project will be taken to the market place.

“The Special Adviser also stated that the airport, which is expected to cater to a minimum of five million people yearly, will be constructed in partnership with local and foreign investors.”

A South African government department said on Friday that former South African President Jacob Zuma has been set free following the expiry of his prison sentence for contempt of court.

The former African National Congress (ANC) leader was released from prison after serving his 15-month sentence. A sentence that came after he ignored instructions to participate in a corruption inquiry.

Reuters reported that he handed himself in on July 7 last year to begin his sentence, triggering the worst violence South Africa had seen in years as his angry supporters took to the streets.

In a statement, Zuma expressed his gratitude to his supporters for their undying love for him and said that he was relieved to be free.

“The… messages of support on social media and other platforms kept me strong and focused on ensuring that those who wanted to break my spirit and resolve did not succeed,” he said.

According to Reuters, Putin’s move affecting Exxon’s largest investment in Russia mimics a strategy he used to seize control of other energy properties in the country.

Friday’s decree gives the Russian government authority to decide whether foreign shareholders can retain stakes in the project. At present, Exxon holds a 30 percent operator stake in Sakhalin-1, with Russian company Rosneft, India’s ONGC Videsh and Japan’s SODECO as partners.

Oil production at the Sakhalin-1 project fell to just 10,000 barrels per day (bpd) in July from 220,000 bpd before Russia invaded Ukraine.