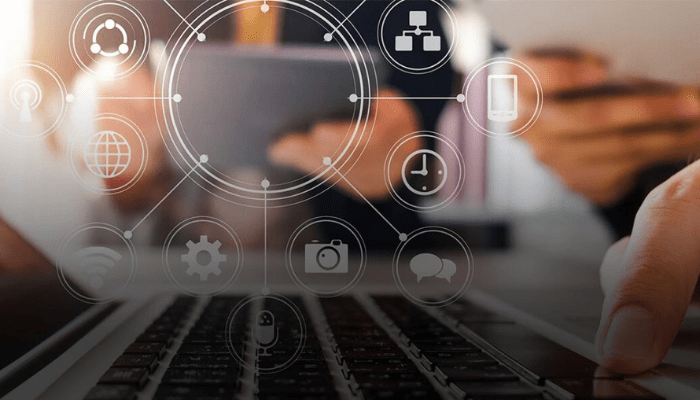 Banks have been told to brace up for further technological disruptions in the industry as Nigerians have transacted over N576 trillion in just six months of 2022.

This was revealed at the 2022 Bankers Dinner in Port Harcourt held by the Chartered Institute of Bankers of Nigeria (CIBN).

The resource person, Ibiye Ekong, a non-executive director in Wema Bank, who made a presentation at the dinner, said cash transactions are still king, at 36 per cent of all transactions.

This was one of the positive developments in the financial sector despite many negative apparitions on the horizon.

Ekong mentioned access to mobile phones at 32 per cent and the high self-development rate in Nigeria as other positives.

There may be low literacy, she stated, but self-development is high. She said 54 per cent of Nigerians now live in urban areas, meaning they would more assuredly embrace banking services.

She however mentioned challenges in banking to include technology, increasing competition, and culture shift.

She said disruptions can be in many ways, but that getting dollar at the banks is difficult.

“Huge monies are now in safes, vaults, homes and other locations. Loans are now given by non-bank agents. Analytics can tell you what a particular customer wants e.g. school fees.”

She mentioned that robots are now performing some tasks in banks such as account balancing, payments, transfers, loans, and other routine tasks. Humans working in such lines have been laid off.

“More digital banks are coming. The Central Bank of Nigeria (CBN) is trying to regulate fintechs because if you are collecting money from the people, you must account to the CBN to avoid mass duping and ponzi,”

Speaking later to the press, the non-executive director said crypto currency is not captured, so it is outside the system of a country. “That is why the CBN says nobody is authorized to trade in it because it is not captured. It is a virtual currency.

“Some banks are partnering with fintechs while others are developing their own techs.

“Fintech is everything technology that is used to drive financial operations. So, you have banks that are already very actively engaged such as Wema Bank.”

Describing Wema Bank as very aggressive in using tech to provide services to its customers, she said banks can also decide to partner with financial tech companies.

Regarding the current naira notes and modalities by banks to influence transition, she said; “You know the CBN that introduced the redesigning of the currency has given specific directives on how to process transactions; that all monies that come in should be accepted effective end of December 2022, and begin to issue new naira notes.

“So, that process is already in place. That is one of the reasons we now have Saturday banking. All banks are to open on Saturday to process the notes into accounts of customers.”

She said what the banks have done is invest in infrastructure that will enable them process transactions. But, from time to time, they suffer breakdown, just as people have call disruptions when they make calls and they cannot send their message.

He said any tech that is convenience-based will always encourage customers to patronize any bank. “So, if a bank is coming up with any tech, the tech must be convenient such that customers would not face many hazards in transacting with the bank.

Currently, he said, digital banking is something that is not only found in Nigeria. “It is global. Its either a bank digitalises or it dies. Today, we have the POS system, the ATM system, the online banking system, all of them fall under digitalization of the banking system. So, if a bank refuses to do any of these, such bank will definitely die.

“Going forward, more disruptions are expected. You may see black-chain, digital currency banking, etc. If a bank refuses to work ahead against these disruptive techs, such bank would definitely go into extinction.”

“The world is shifting and technology is seriously disrupting every institution and is replacing jobs in banking. In the next decade, every business will go digital, thus, bankers must re-configure operations.”

He noted that the CIBN has always supported growth of the economy, and showed how its linkage programme with universities helps to adjust the university syllabus. “This has helped to close the gap and produce graduates fit for the industry. This has led the CIBN to open centres in six universities with the Rivers State University (RSU) the last of them.”

Another resource persons and seasoned banker, A.N.C Onwuliri, shared his thoughts and admitted that disruption is everywhere but that bankers must align with technological intrusions and use them as stepping stones.

He said banks either partner with fintechs or develop theirs. “New techs lead to new rules issued by the CBN. Other things from technology have emerged, such as block-chain, AI, and digital identification

“CBN must protect customers, and banks must comply or face sanctions. More regulations lead to new costs on banks, but stakeholders still maintain their expectations.”

He warned banks to work hard on managing costs of operations that seem to grow in the face of technological intrusions.

The NDIC Zonal Controller, Celestine Okafor, said during a panel discussion, saying it is to innovate or die.

“We want innovation in orderly manner. Disruption should be positive and must be customer-centric. Tech is for both offence and defence.

“Some innovators lose focus. So, they will have to be regulated.”.

“Tech has shown that it is no more business as usual. Tech is a global phenomenon. Fintechs are not competing with banks. The money is with the banks. Fintechs only transact with it.”