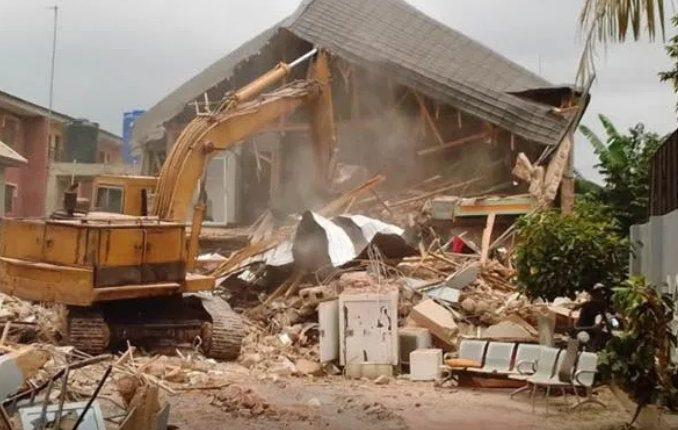 The Federal Capital Territory Administration (FCTA) Saturday demolished 134 houses in Apo Akpmajenya community of Abuja to allow for the construction of a major road network in the area.

Attah explained that the FCT Administration has satisfied all the requirements of the law before carrying out the exercise as there were several months of serving notices of demolition.

Also speaking, the Director FCTA Department of Development Control, Muhktar Galadima explained that the community was earlier marked for demolition in January 2020.

According to him, relevant agencies of government had engaged the residents and sensitized them on the need to leave the area as it falls within the corridor of the Outer Southern Express Way OSEX and one of the road interchanges linking Oladipo Diya, which is an arterial road with the outer Southern expressway.

On his part, Deputy Director, Planning and Resettlement in the FCTA Department of Resettlement and Compensation, Nasir Suleiman, disclosed that 131 houses and 169 plots were given for compensation to the members of the affected Akpmajenya indigenous community.

He said plots of land were also provided to serve as the Chief’s Palace, comprehensive development, and commercial plots, and that most of them had already moved to the Apo Resettlement Quarters while few others are yet to do so.

Also, the Director, Abuja Environmental Protection Board (AEPB) Baba Lawan said the community had been a source of concern to the board as 80 percent of activities therein were mainly commercial due to the fact that it is not a traditional Gbagyi village.

“The village is now occupied by commercial people who are mainly traders and they generate lots of waste and those wastes are deposited even on the road”, he stated.

The Director, FCTA Department of Security Services, Adamu Gwary, noted that the village also served as a criminal hideout where most of the properties stolen are taken to, including cars.