Explainer: What to know about new naira notes 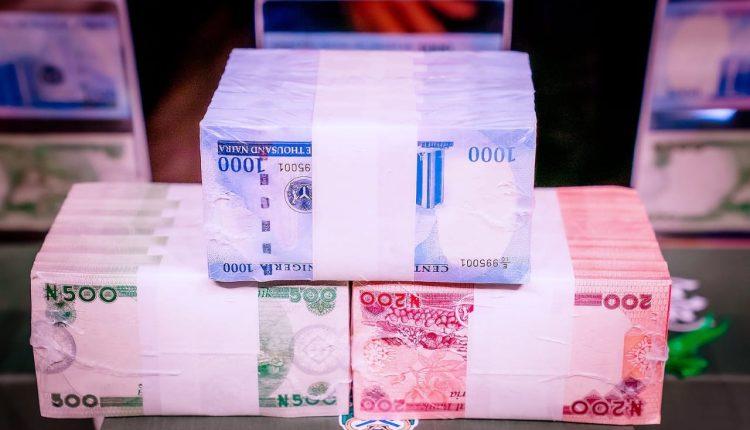 The redesigned N200, N‎500 and N1000 notes were unveiled by President Muhammadu Buhari on Wednesday.

The currency redesign was conceived by the management of the Central Bank of Nigeria (CBN) to save the integrity of Nigeria’s legal tender, the efficiency of its supply, and its efficacy in the conduct of monetary policy, as enshrined in Section 2 (b) of the CBN Act of 2007.

Godwin Emefiele, governor of CBN, said last month, when the plans to redesign the high-value notes were announced, that the “currency management was faced with several daunting challenges that have continued to grow in scale and sophistication with attendant and unintended consequences for the integrity of both the CBN and the country.”

As at September 2022, CBN’s data had indicated that out of the total of N3.23 trillion in circulation, N2.73 trillion of the currency was outside the vaults of commercial banks across the country.

The nation’s apex bank said this represents over 84 percent of the currency outside of the bank’s control.

“There was an urgent need to take control of currency in circulation and to address the hoarding of naira banknotes outside the banking system, the shortage of clean and fit banknotes in circulation, and the increase in counterfeiting of high-denomination naira banknotes. It is on this basis that I gave my approval for the redesign of the N‎200, N500 and N1000 banknotes,” Buhari said at the unveiling.

The newly redesigned notes retained basically all its features, except for the rebranding of their colours and additions of new security features to make it “impossible to be counterfeited”, according to Emefiele.

He said the “notes have been designed to make sure that the new naira notes cannot be counterfeited because of the features in them”.

The new notes retained almost all the old features, except for new security features and their colours. The colour of the new N1000 note is blue; the new N500 is green, and the N200 is red.

All the notes retained their original photographs of past leaders who distinguished themselves on the national political and socioeconomic landscape.

Emefiele, who said it was regrettable that the naira had not been redesigned for the past 19 years, blamed “lack of political will from previous administrations”.

“In the past, I have to confess that attempts by the CBN to redesign and re-issue the naira notes have been resisted. It is only President Muhammadu Buhari that has exhibited the courage to do so,” he said.

According to the CBN boss, the global best practice is for central banks to redesign, produce and circulate new local legal tender every 5–8 years.

He said, “On the basis of these trends, problems, and facts, and in line with Sections 19, Subsections A and B of the CBN Act 2007, the management of the CBN sought and obtained the approval of President Muhammadu Buhari to redesign, produce, and circulate new series of banknotes at N200, N500, and N1,000 levels.

He therefore directed that all deposit money banks (DMBs) currently holding the existing denominations of the currency may begin returning these notes back to the CBN effective immediately.

Emefiele said: “The newly designed currency will be released to the banks in the order of first-come-first-served basis.
“Customers of banks are enjoined to begin paying into their bank accounts the existing currency to enable them withdraw the new banknotes once circulation begins in mid-December 2022. All banks are therefore expected to keep their currency processing centres from Monday to Saturday so as to accommodate all cash that will be returned by their customers.

“For the purpose of this transition from existing to new notes, bank charges for cash deposits are hereby suspended with immediate effect. Therefore, DMBs are to note that no bank customer shall bear any charges for cash returned/paid into their accounts.

“Members of the public are to please note that the present notes remain legal tender and should not be rejected as a means of exchange for purchase of goods and services.”

The governor said that his team was mindful of those in rural areas and that facilities would be provided for them where bank accounts could be opened for them or their old notes exchanged for the new ones.

He added that the action would also raise its stake in addressing the challenge of inflation.

He also assured that the CBN would continue to monitor both the financial system in particular, and the economy in general, and always act in good faith for the achievement of the bank’s objectives and the betterment of the country.