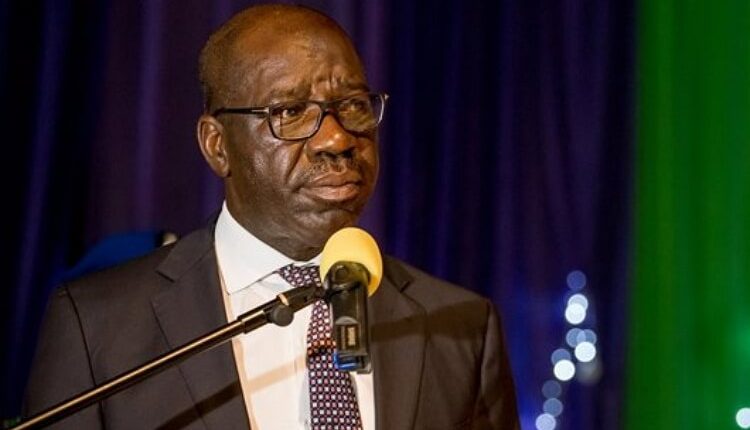 The Edo State governor and candidate of the People’s Democratic Party (PDP) in the September 19, 2020 governorship election in the state, Godwin Obaseki, has assured residents of Aiyegunle Community in Akoko-Edo Local Government Area that his administration would, in the next three months, electrify the community to open the area for more economic activities.

Obaseki, who was in the community during his reelection campaign in Edo North Senatorial District, reassured that his administration, in collaboration with the Nigerian Electricity Regulatory Commission (NERC), will continue to pursue rural electrification projects to ensure all communities in the state have access to electricity.

Addressing supporters in Ward 7, Aiyegunle, in Akoko-Edo, Obaseki said the state government was already in talks with the chairman of NERC, James Momoh, to ensure the electrification of the community within the next three months.

“On my way here, I called on your son, Prof. James Momoh, of the Nigerian Electricity Regulatory Commission, to discuss how to ensure electricity gets to this community.

“He said in three months, he will put all machinery in place and ensure the people here get electricity. Our role as government is to build roads, provide security, potable water and electricity but some people want us to share the money and we refused,” Obaseki said.

The governor told the people that their representative in the Edo House of Assembly, Yekini Idiaye, who was on Wednesday impeached as deputy speaker, may have sold them you, “his people, by accepting the N40 million from Comr. Adams Oshiomhole, but we will not sell you”.

Speaking to journalists on the achievements of the Governor Obaseki-led government, former PDP governorship aspirant, Ken Imasuangbon, said the governor has done well in his first term “and my advice to him is that he should finish well”.

“The governor has done well as the crowd here attests to. This crowd is great; it’s clear now that he will certainly win this election. Edo people are excited about the developments in the state. I have never seen Edo people gather like this in the past 16 years that I have been campaigning for elective positions,” Imasuangbon said.