Covid-19: FG to evacuate more Nigerians from India, France, others 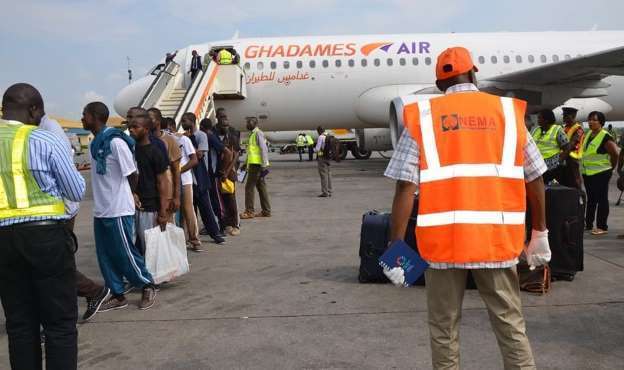 The Federal Government has said that more Nigerians will be evacuated back to the country as the recent evacuees have almost completed their 14-day isolation which will create spaces for others willing to return home following the Covid-19 pandemic.

Minister of Foreign Affair, Geoffrey Onyeama said this while making his remarks during the daily briefing of the Presidential Task Force (PTF) on the containment of COVID -19 in Abuja on Thursday. The Minister said that Nigerians from India, China, France, South Africa, Sudan, Turkey and many others are expected to be airlifted in the coming days back to the country.

He, however, pleaded with the evacuees to be patient with the government stressing that the government can only process a certain number at any given time and need to provide all the facilities that are required to be in place, which is limited.

“So, it just a process and it pains us to know that there are Nigerians out there who are really desperate and going through a very difficult time and willing to come home. So, we are going to continue to do everything possible to bring them back as quickly as possible and with the promise of more resources that we have received hopefully that will enable us to quicken the process because obviously hotels refused to take the people until they see the money.

The Minister has also liaised with the Inspector General of Police (IGP)  to help make special arrangements for the returnees who might want to embark on travel back o their states of origin following the interstate restrictions.

On Nigerians who are reportedly being forced to pay an exorbitant fee for testing and hotels in Cotonou, Benin Republic, Onyeama said he had been in touch with the Nigerian ambassador there, who informed him that there are 8 Nigerians who arrived on a  flight that originated from Berlin, Germany. He added that the Nigerian envoy there has been in touch with the Beninoise authority and the evacuees and he is making arrangements to bring them back to Nigeria.

The Minister, however, noted that he is not aware that the Nigerians were made to pay an exorbitant amount for the test.