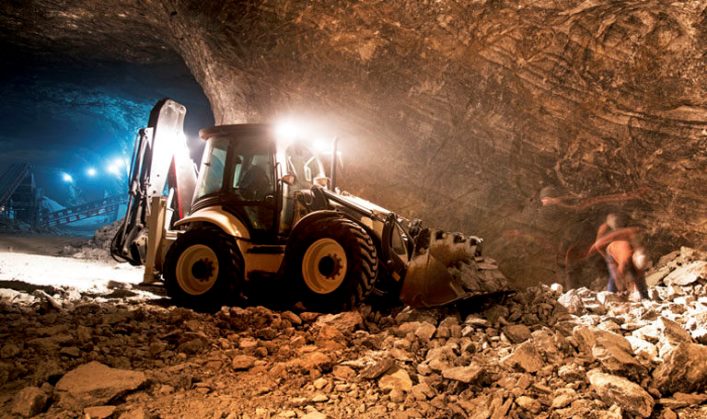 Ebonyi State government had shut the company on March 11, an act the court on Tuesday held was illegal.

Justice Ahmed Mohammed, in a judgement, said for the wrongful sealing of the mining company, Ebonyi State government has to pay the firm the sum of N10million as damages.

The company had challenged the closure through its counsel, Mike Ozekhome.

The mining company argued that by the closure it hindered its operations thus accruing heavy loss.

It said that Crushed Rock Industries has mined stones at Ishiagu in Ebonyi state for over 40 years.

It therefore urged the court to declare that it is only the Federal Government as provided for in Section 251 of the 1999 Constitution, as amended, that has the power to determine issues relating to mining in Nigeria, as it is contained in the exclusive list.

The pastlaintiff further urged the court to declare that the illegal entry and unilateral sealing up of its quarry site by the Ebonyi State government, without a court order, was illegal.

It therefore prayed the court to order the immediate reopening on its quarry site.

Defendants in the suit were the Federal Ministry of Mines and Steel Development, Mining Cadastre Office, Ebonyi Government, Attorney General of Ebonyi; Edwin Onwe, who is the Special Assistant to the Governor on Solid Minerals, and the state’s Commissioner for Solid Minerals Development.

In an agreement with the firm, Justice Mohammed dismissed preliminary objection raised by the Ebonyi Dtate government.

The state had through its lawyer, Mr. A.A Ibrahim (SAN), challenged the territorial jurisdiction of the Abuja division of the high court to entertain the suit.

It contended that since the parties are located in Ebonyi, it is the Ebonyi division of the Federal High Court that should have the jurisidiction to determine the matter.

Besides, it argued that the suit could not be properly decided with the parties filing their pleadings and the action subjected to cross examination.

It told the court that the crux of the action complained of by the Plaintiff bordered on trespass which it said was within the jurisdiction of the Ebonyi State High Court.

On its part, the Federal Ministry of Mines and Steel Development said it was not opposed to the suit.

The 1st and 2nd defendants agreed with the plaintiff that all activities involving mining in Nigeria is contained in the exclusive list of the Constitution and as such, only the federal government, through the Mining Cadastral Office, has the power to discipline the plaintiff where the need arises.

They told the court that there was no report whatsoever to their office on any hazardous activity of the plaintiff at its mining site.

While dismissing the preliminary objection, Justice Mohammed held that he had jurisdiction to determine the matter since the 1st and 2nd defendants’ head offices are located in Abuja.

The court agreed with the Plaintiff and the 1st and 2nd Defendants that only the Federal Government, as conferred on it by Section 251 of the Constitution, that can take any action whatsoever on issues relating to mining in Nigeria.

Justice Mohammed referred to the Mining Act, 2007, which made specific provisions on how an erring mine holder should be punished, adding that such power does not reside with the state government.