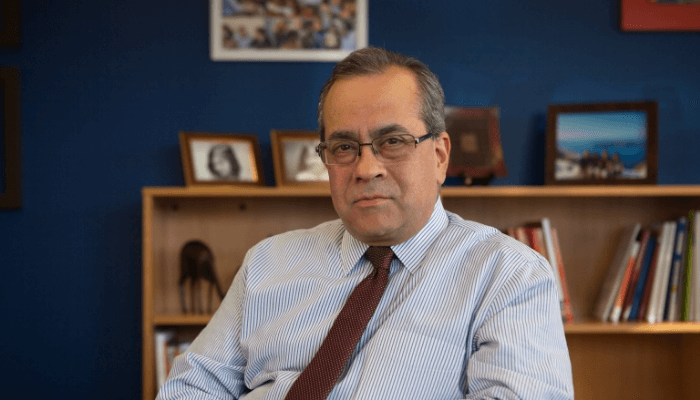 The COVID-19 pandemic-related school closures have been estimated to cost this generation of students $17 trillion in lifetime earnings, or about 14 percent of today’s global GDP, according to a new report by the World Bank, UNESCO, and UNICEF.

The new projection far exceeds the $10 trillion estimated in 2020, revealing that the impact of the closures is more severe than previously estimated.

According to the report, this will likely increase learning poverty and have a devastating effect on their future productivity.

“The COVID-19 crisis brought education systems across the world to a halt,” said Jaime Saavedra, global director for education at the World Bank.

“Now, 21 months later, schools remain closed for millions of children, and others may never return to school. The loss of learning that many children are experiencing is morally unacceptable. And the potential increase of Learning Poverty might have a devastating impact on future productivity, earnings, and well-being for this generation of children and youth, their families, and the world’s economies, ” Saavedra said.

According to the report, the share of children being unable to read and understand a simple text by age 10 which was 53 percent before the pandemic could potentially reach 70 percent given the long school closures and the ineffectiveness of remote learning to ensure full learning continuity during school closures.

The report also shows that many school children may never return to school post-crisis.

“In Nigeria, the effects of COVID-19 lockdown measures reduced children’s school attendance probabilities by nearly 7 percentage points. Students aged 15-18, for whom education is no longer compulsory, were 11 percentage points less likely to go back to school,” the report stated.

There are about 14 million out-of-school children and Nigeria’s abduction epidemic only exacerbates the situation.

In the past year in Nigeria, more than 600 schools have been closed and 1,000 children kidnapped, according to UNICEF

The report shows a similar trend in other emerging countries with girls at heightened risk.

For example, fathers in Nigeria reported actively discouraging their daughters but not their sons from using the internet and were less likely to assist their daughters’ learning through technology during COVID-19. Gendered demands on girls’ time, including increased responsibilities at home, impede their ability to engage in remote learning and lead to less time for schoolwork

Data from Bangladesh show that one in ten girls aged 12-15 reported not going back to school once systems reopened after COVID-19 induced school closures.

In Brazil, one in ten students aged 10-15 is also not planning to return to school while in Ghana, where national re-enrollment was high at 97 percent, 60 percent of the dropouts were girls.

In Chile, early simulations from the Ministry of Education indicated that dropout rates might double, increasing from 2.6 percent to 5 percent.

The drop-out cases countries are experiencing were similar to when the Ebola crisis struck in 2013.

After the crisis, 27 percent of Liberian secondary school students did not return to formal education while in Sierra Leone, when schools reopened after Ebola, girls ages 12–17 were 16 percentage points less likely to be in school.

“The COVID-19 pandemic shut down schools across the world, disrupting education for 1.6 billion students at its peak, and exacerbated the gender divide,” said UNICEF Director of Education Robert Jenkins.

In some countries, we’re seeing greater learning losses among girls and an increase in their risk of facing child labor, gender-based violence, early marriage, and pregnancy. To stem the scars on this generation, we must reopen schools and keep them open, target outreach to return learners to school, and accelerate learning recovery,” Jenkins said.

The report also highlights that, to date, less than 3 percent of governments’ stimulus packages have been allocated to education. Much more funding will be needed for immediate learning recovery.

More than 200 million learners live in low- and lower-middle-income countries that are unprepared to deploy remote learning during emergency school closures, the report stated.

The institutions have stated that reopening schools must remain a top and urgent priority globally to stem and reverse learning losses.

“Countries should put in place Learning Recovery Programs with the objective of assuring that students of this generation attain at least the same competencies of the previous generation,” the report stated.

They further recommend that programs cover three key lines of action to recover learning which are, consolidating the curriculum, extending instructional time, and improving the efficiency of learning.