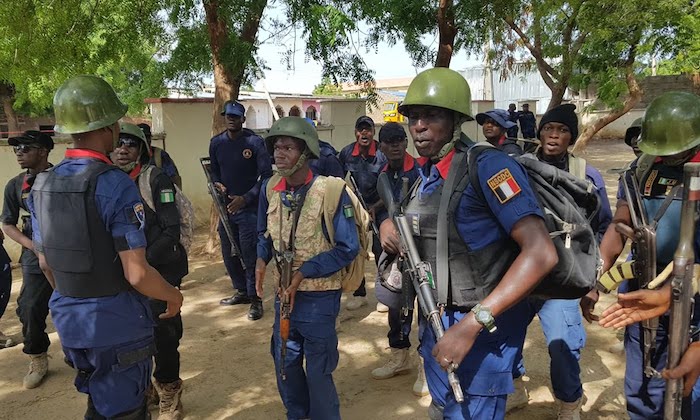 In a statement signed by Oluwole Olusegun, the command’s Public Relations officer quoted the Iskilu Akinsanya, Commandant of the Oyo NSCDC during a sensitization program for all desk officers of Private Guard Company across all divisions in the state at the command Headquarters Agodi Ibadan as urging people to patronize registered Private Guard company or face Sanctioned.

He stressed further that the nine guards arrested had been detained for working with three unlicensed Private guard Companies.
He made it known that any unrenewed licensed and unregistered Private Guard Companies are all restricted from carrying out the operation because it’s unlawful, illegal and its an economic sabotage.

The statement urged all residents, Community Development Association, Companies and individual in the state to desist from patronizing unlicensed private guard companies as they are liable to increase criminality in the community.

Likewise, he also enjoined the community leaders and landlords to stop patronizing illegal guards companies but to contract a licensed security outfit for a safer environment and NSCDC to adequately and efficiently monitor the communities devoid of crime.

Strategic Leadership and effective risk management the panacea to Superlative…

Sanwo-Olu assures investors safety of their businesses in Lagos