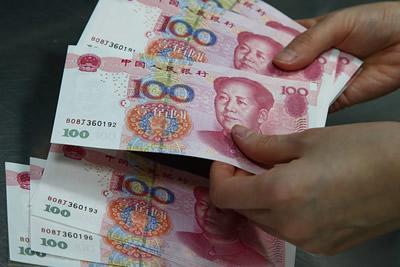 Brent crude fell to $58.49 with huge implications for oil dependent economies like Nigerria while futures on Chinese shares fell more than 5% and the yuan erased this month’s trade-deal driven gains in wake of news that the virus continues to spread, with no peak in sight.

Contracts on the S&P 500 Index fell more than 1% before paring losses, while Japanese equities and European futures retreated over 1%.

“Any economic shock to China’s colossal industrial and consumption engines will spread rapidly to other countries through the increased trade and financial linkages associated with globalization,” Stephen Innes, chief Asia market strategist at Axitrader, wrote in a note Monday. “I’m starting to think cash is the right place to be for the next few weeks.”equities lower

China announced an extension of its Lunar New Year holiday through Feb. 2 to help battle the spread of the disease. The death toll from the virus has risen to at least 80, and confirmed cases in the U.S. rose to five on Sunday.

The virus news is coinciding with an earnings season in full swing. Apple, Facebook and Samsung are among those due to report this week. Investors will also have a Federal Reserve policy meeting and Mark Carney’s last monetary policy decision as the Bank of England‘s governor to monitor.

Through lockdowns, sacrifices, China contains 99% of Coronavirus cases within borders

Through lockdowns, sacrifices, China contains 99% of…