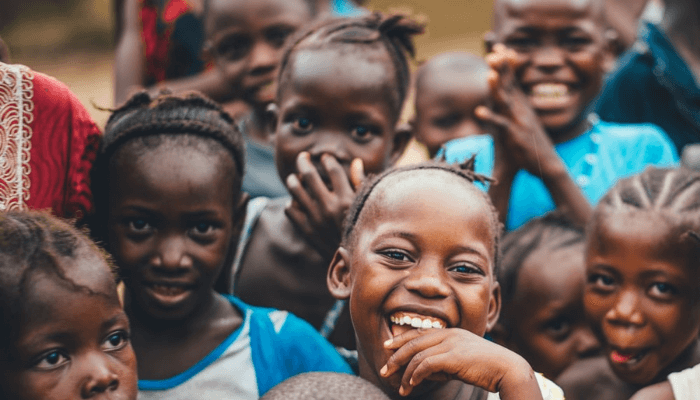 The Police Community Relations Committee (PCRC), Warewa in Ogun State has called on stakeholders to domesticate various child rights laws, especially the right to education as part of the solution to the security challenges in Nigeria.

Samson Kunle Popoola, the state chairman of PCRC in Ogun State made the call at a security summit themed. “The Security Summit is Community Policing in a Diverse and Multi-Ethnic Environment” organised by the committee in Warewa division.

Popoola regretted that the entire society has failed Nigerian children and that accounts for how the people got to where they are today as a country.

According to him, “This is not the time to start apportioning blame to anybody but a time for the government, parents, churches, and mosques to rise up to the reality of the challenges confronting us as a nation and take collective action to solve the problems.”

“As a nation, we have copied western countries in the area of Child Rights but have refused to make enough provisions that will guarantee those rights and once children are not properly brought up and they grow up and we have no employment for them, they become vulnerable and are capable of anything,” Popoola said.

Furthermore, he called on Nigerians to join hands with the government to tackle the security challenges in the country.

Jide Oke, a legal practitioner and the chairman of Journalist Estate Residents Association in his paper titled, “Violation of the child rights and security implication” stated that though the Child Rights Act of 2003 that guarantees the rights of children exists in Nigeria in line with the United Nations Convention of the rights of the child, he, however, lamented that the various state governments all over Nigeria have not done enough to protect the rights of children especially the right to education.

“As at today in Nigeria, only 27 states including Ogun State have so far domesticated the Act as a state law while the remaining 9 states are yet to adopt the act,” Oke said.

He disclosed that even the states that have domesticated the Act, have not done much to make the right justice possible as the number of children out of school in these various states is still alarming.

“In our immediate environment here, if you go to Under Bridge at Punch Newspaper during school hours, you see a lot of children of school age running after vehicles begging for arms at a time they should be in school.

“These children are left in the cold when it rains and under harsh weather both during the rainy season and dry season. The security implication of this is quite frightening as they may grow up with hatred against the society and with nothing to fall back to, they may have no other option than to resort to crime,” he noted.

Oke submitted that for the security of any nation to be guaranteed, the right of children to education must be guaranteed and safeguarded and therefore call on the government and various NGOs to as a matter of urgency identify some of these children who are without shelter and out of school and find a means of rehabilitating them.

Nkem Akowe, the chairperson of PCRC, Warewa Police division speaking earlier in her welcome address called on well-meaning Nigerians to take ownership of the security of the nation.

She reminded Nigerians that the reality of the security challenges in Nigeria today requires the vigilance of everybody.

“This is therefore the time for all stakeholders to put heads together to tackle this menace that is not only threatening the corporate existence of Nigeria, but our individual lives.”

She stated that security should be seen as the task of everybody as it is quite obvious that government and security personnel alone cannot guarantee our safety.

“Those of us who are not empowered to carry guns can support institutions and security agencies legally established to carry guns by giving them the moral support they need like we have come to do today to commission some security projects we have embarked upon that will go long way in assisting this Police division to function better,” she said.

Some projects such as the police security tower built by PCRC to facilitate the effective monitoring and patrol of the notorious long bridge along Lagos Ibadan express road were commissioned by the commissioner of police, Ogun State command who was represented by ACP Adeniyi Adedeji, the Area Commander, Owode Egba Area command.